An Upper Hutt family are warning vehicle owners to be wary of an everyday car accessory after claiming it scorched their back seat and could have set their car on fire.

Denise Whiteman and her husband had used suction cups to hold up a petrol station "thank you" button on the back window of their car.

But just two days after the button fell off, she says the suction cups magnified the sun's rays causing damage to the seat of the car after her husband's vehicle was exposed to the sun for two days.

Photos supplied to the Herald showed extensive and deep burns to the seat of the car including at least 10 visible burn lines near the headrest. 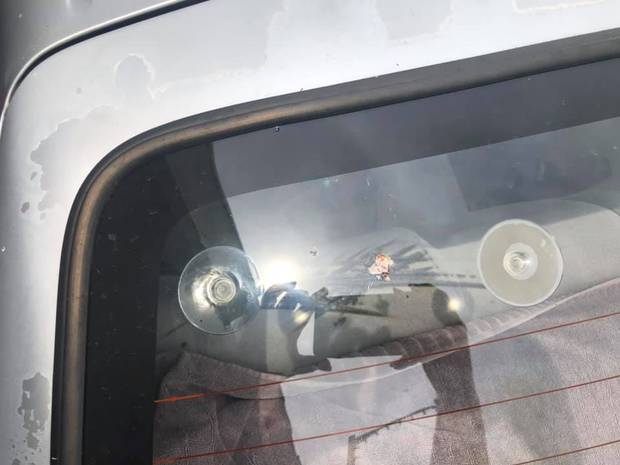 Denise Whiteman says the suction cups from her husband's car caused extensive burn marks on the back seat of his car. Photo / Denise Whiteman 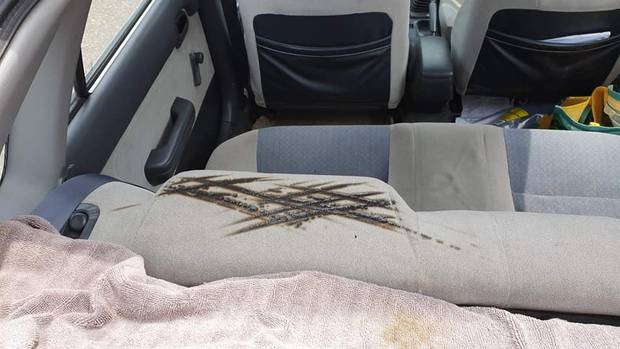 Whiteman told the Herald their discovery was worrying especially coming into summer.

"Last week we cleaned out his car and there was no damage. He was driving to work when the signs fell off the suction cups.

"Then two days later we thought 'what the hell was this?' We had discovered the back seat had burn marks all over it. [The sun] was magnified from the suction cups.

"The lines are pretty straight so there's no way it came from something else. We just happened to be in the right place at the time and noticed what caused it."

However, AA experts told the Herald they believed it was unlikely the suction cups could cause the burns.

Whiteman said the damage was so deep parts of the outside of the seat had been burnt right through, leaving the cushion exposed, and insisted nothing else that could have caused it.

"The cups lined up to the scorch marks perfectly and as the sun rises and sets throughout the day it's caused the lines.

"There's nothing else that would have cause it."

Following the incident, Whiteman removed the suction cups from her car and warned others of the potential risks everyday Kiwis may face as they head into summer.

"We immediately pulled them down. I never would have thought suction cups would cause this much damage. So many people have them, whether its a baby on board sign or sunshades.

"I think because it had nothing attached on it that it's made it even worse. What happens over summer? If they have exposed suction cups, imagine what could happen to a baby that's asleep in the back seat. We were bewildered. In our summer heat this could easily cause a car fire.

"It's pretty gnarly, and we were lucky we spotted it in time.

In another overseas incident, a man's towel and driving seat were left scorched after suction cups holding a flag magnified the sun's rays on the two items.

A man's towel and boat seat were scorched after a suction cup magnified the sun's rays. Photo / Reddit

The incident, which happened in 2016, occurred on a boat.