A Christchurch teenager who stabbed another girl with a broken bottle at a party - causing possible permanent injury - has escaped a criminal conviction.

The victim is appalled and angry that such a violent attack has gone "unpunished" and spoke to the Herald about how she felt "failed" by the justice system.

On January 4 last year, Isabel Bisset, then 17, attended a party at her sister Britnye's Christchurch home. 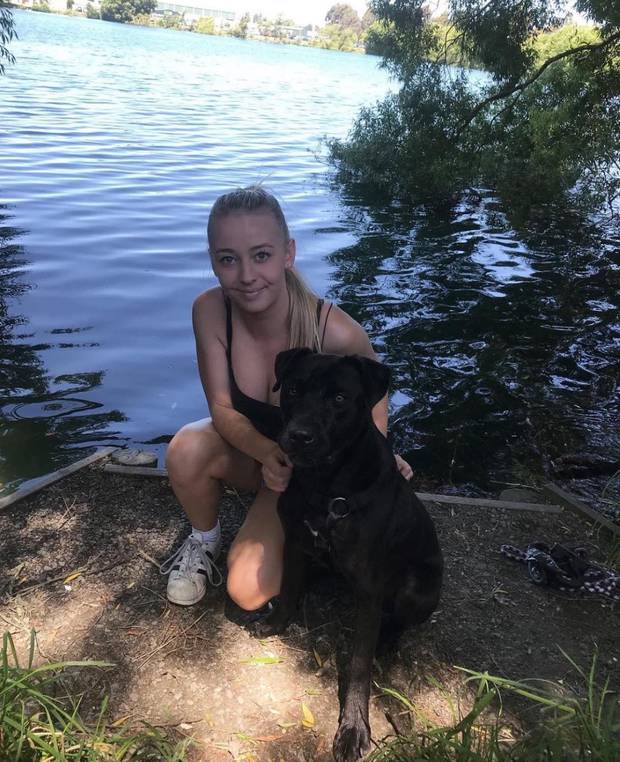 Isabel Bisset said after being stabbed a party she has been anxious, depressed and traumatised. (Photo / Supplied)

At 10pm a number of people who had not been invited to the party arrived.

Soon after, Bisset asked those who were not invited to leave - including Ena Schaapveld, 17, and her best friend.

The court heard the friend hit Bisset in the head with a Jim Beam bourbon bottle and was only stopped from striking her a second time when others pulled her away.

Bisset tried to leave and Schaapveld grabbed her by the hair. 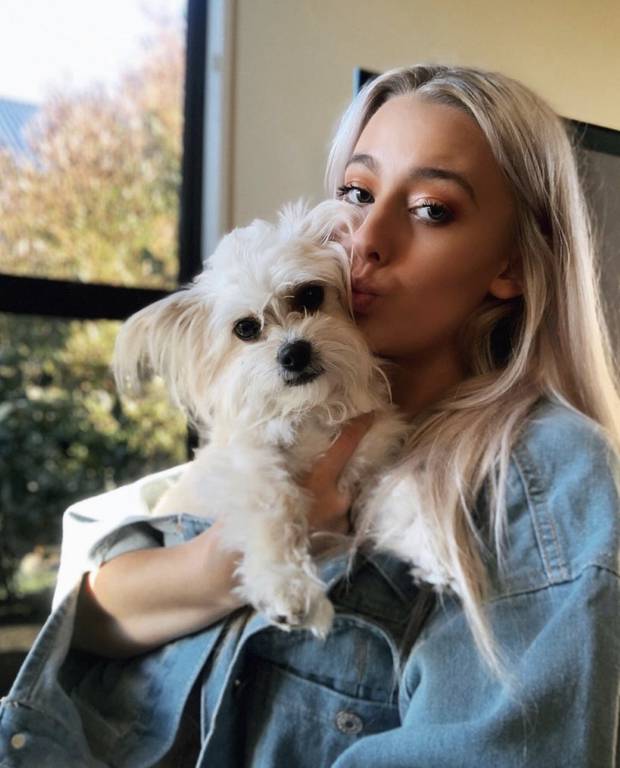 Isabel Bisset was stabbed at a party last year and is disappointed her attacker was discharged without a conviction. (Photo / Supplied)

The two teens scuffled and Schaapveld swung a bottle she was holding at Bisset.

The bottle had smashed at some point and as Schaapveld struck Bisset repeatedly both of the victim's arms were cut.

Schaapveld claimed she did not break the bottle deliberately - nor did she realise it was not intact when she swung it at Bisset.

Bisset suffered a 4cm cut to her right bicep, another measuring 6cm on her right forearm - both of which penetrated to muscle level and needed both internal and external stitches.

Bisset was rushed to hospital and had to undergo surgery to repair one arm after she lost feeling in it.

Even now, she says there are still spots where she cannot feel anything and doctors say it might be two years or more before the nerve damage is healed.

Schaapveld was charged with wounding with reckless disregard and pleaded guilty in the Christchurch District Court.

In March she was sentenced, with Judge Raoul Neave granting her a discharge without conviction and ordering her to pay $700 in emotional harm reparation - $350 in a lump sum and the rest drip fed to Bisset at $5 a week. The basis for the discharge without conviction was to enable Schaapveld to obtain future employment.

Judge Neave said it was clear the attack had a "significant effect" on Bisset, including impacting her ability to lift things, which hampered her getting a job.

She was reliant on painkillers, had spent a lot of money on medical bills and suffered depression as a result of the change in her life.

But, while he deemed the offending as "moderately serious", he did not believe convicting Schaapveld was fair.

Firstly he said there was an "element of unfairness" given she was the second to strike Bisset and the other girl was never dealt with by police even though she was "just as culpable".

He said Schaapveld had "significant difficulties in her background" which were "over and above those that might be experienced by the general run of the population".

He did not detail those difficulties in court but said there had been "an awful lot going on" in her life.

He said there was "clear evidence" that a conviction would have a "significant effect" on her employment prospects - and even during the court case while she was facing the active charge she was rejected for a number of jobs.

The court heard she had applied for 10 jobs after pleading guilty to the assault and been turned down for each one. 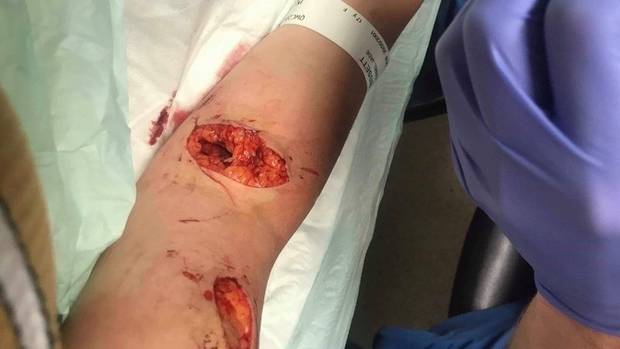 Isabel Bisset was stabbed by another teen with a broken bottle at a party last year. (Photo / Supplied)
Schaapveld intended studying law but was now considering vet nursing.

In an affidavit to the court, Schaapveld claimed she was "sincerely sorry" for making a "foolish mistake at a party which has had devastating consequences".

"I feel like I have ruined my chances to make something of my life," she stated.

"I was so angry at myself for letting myself get in that situation and I feel so bad about what I did to Isabel and I wish that it had never happened.

"I feel like I have closed the doors to my future ... now I am just hoping I will be able to get a job, I feel like my future is shrinking and my options are drying up.

"I really just want to have the opportunities open to other 18-year-olds."

She said due to her strict bail conditions after her arrest she was not allowed to associate with certain people - and because she attended school with them she was not able to go to classes.

As a result she missed too much and ended up leaving school early.

Isabel Bisset in hospital after the stabbing. (Photo / Supplied)

"This is not a question of hiding from appropriate authorities a factor they need to take into account but clear evidence of a demonstrated consequence of a conviction which needs to be taken into account in assessing the extent to which it should be able to mar [Schaapveld's] future," he told the court.

Before sentencing, Schaapveld, now 18, had been volunteering with the City Mission and engaged with drug and alcohol counselling.

"Given the clear evidence of the potential effects on [her] future, consequences which have already begun to bite ... I am satisfied that in these circumstances ... This is a case where the consequences of the offending are outweighed by the seriousness of the offence," Judge Neave ruled.

Bisset told the Herald she was angry as well as "quite upset and confused" by the decision.

She never imagined she would be the victim of such a violent attack.

"This has affected me physically and mentally," she said.

"I suffer every day ... this has stopped me from getting work that involves lifting and have given me really bad anxiety going out anywhere. It's definitely taken a toll on my life for the worse.

"I have to deal with panic attacks and loss of feeling in my arm which I may never get back."

The court process also had a significant impact.

"Her not getting any conviction for what she did to me has also taken a huge toll on me," said Bisset.

"I feel like I'm getting punished for her and I feel like I got pushed to the side ... [it] made me very frustrated and upset ... the justice system really failed me and I felt like they were all there for her."

Isabel Bisset may have permanent nerve damage after being stabbed multiple times in the arms. (Photo / Supplied)

Bisset wanted to speak out about the attack to make sure people were aware of the offender's actions.

"I think she should have been convicted because I feel like that's a mistake you can't just brush under the carpet and forget about," she said.

"My life has completely changed because of Ena and I don't feel like she should get to resume hers like normal ... Life's not fair but she sure is getting it pretty fair.

"I wanted to speak out because I don't want her doing this to anyone else."

Bisset said the physical injuries were only part of her suffering.

"This crime has affected me big time - I have anxiety, panic attacks, depression and physical scars," she said.

"I've cried for hours over this ... Panic attacks, vivid nightmares of the night of the attack and upsetting flashbacks which give me the pain like I was sliced over again.

"This is very traumatising for me.

"I have to live with an emotional burden that goes with the injury and no matter what happens in my life I'll always have big scars for a big reminder of a terrible life-long upsetting memory about the event."