A midwife ran two kilometres on a dark, rugged road to find help after she watched in horror as her fiance was shot and killed by a man who woke them in their campervan.

The attack on Victorian tourist Sean McKinnon and his Canadian partner unfolded at 3am at a remote carpark accessed by a winding, narrow road in hills south of Raglan.

The heartbroken family of the "lovable knockabout" were last night flying to New Zealand as they said they were living their "worst nightmare".

McKinnon's sister, Emmeline, 39, said she was haunted at the thought of his "terrifying" final moments.

"I feel sheer helplessness. As an older sister I wish I could have been there to defend and protect him," she said.

"It's a horrible thought to know he was alone when he died."

McKinnon's mother, Rhonda, brother and four sisters were due to land in New Zealand last night as police hunted the killer. A General Arming Order was issued, meaning all Waikato police officers would be armed as they searched. 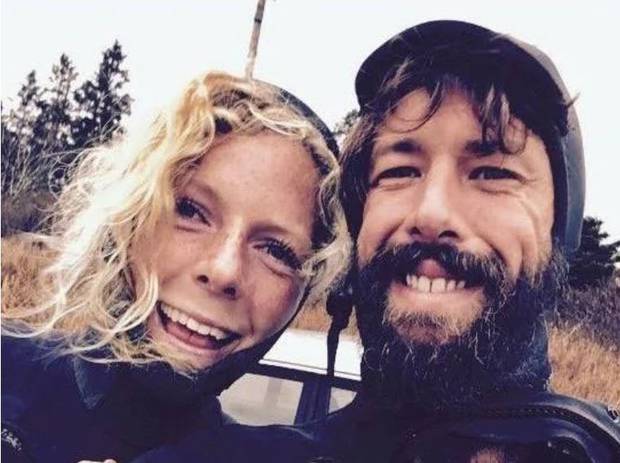 The victim of a shooting near Raglan early Friday morning has been identified as Australian tourist Sean McKinnon, of Victoria. Photo / Facebook

McKinnon's fiancee, Bianca Buckley, a Counties Manukau District Health Board midwife, was on a surfing holiday with him at the small beachside town, west of Hamilton. They were in their rental campervan at the scenic Te Toto Gorge carpark when woken by a stranger banging on the window.

"He was erratic, had asked for help," a resident who comforted the woman told the Weekend Herald.

"The partner [McKinnon] said they could help and tried to defuse the situation. The assailant guy was looking for the keys, he wanted to get away. He wanted to get back to Hamilton."

The resident on Whaanga Rd, who did not want to be named, said the woman told her she did not see a gun.

"She had just woken up out of a deep sleep to a commotion. Her partner was half asleep, fumbling to try and get the keys.

"Then something happened. Her boyfriend changed his tone. He was less calm and the guy [offender] just seemed to shift in that moment. Then he smashed the window with the barrel of the gun and put the gun through the window and shot him twice." 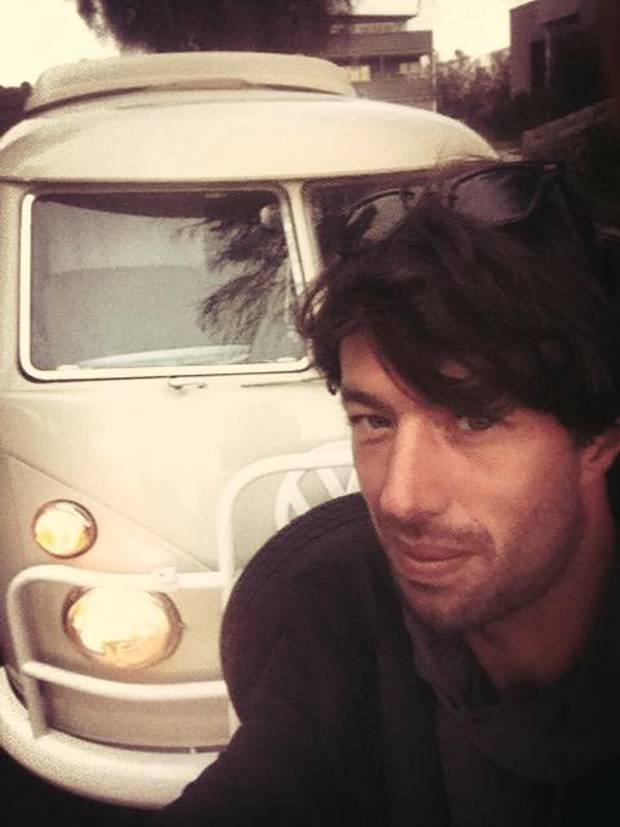 Australian tourist Sean McKinnon, 33, was killed after a gunman tried to take the keys to the campervan he and his fiancee were sleeping in near Raglan. Photo / Supplied

The killer told Buckley he wasn't going to shoot her, the resident said.

"He pushed her out of the van. She asked if she could get some clothes because she was naked.

"She got herself out of the van, got her clothes on and hid."

When Buckley thought the gunman was gone she fled barefoot down the gravelly road, lit by a full moon.

The resident, a mother new to the area, said she and her partner were woken after 3am by someone banging on the back door.

"I think she was pretty sure [McKinnon] wasn't alive at that point."

The resident wrapped the woman in blankets and gave her a hot water bottle and a cup of coffee. She had cuts to her face, and her jeans were bloodstained.

The resident called 111 while her partner tried to calm their young daughter who was woken by their barking dogs. It was more than an hour before police arrived. 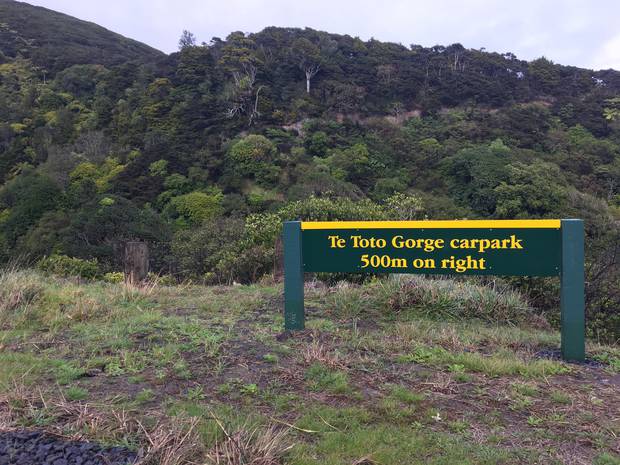 The area where the Canadian midwife was stranded is rugged terrain but she managed to find her way to help in the dark and raise the alarm. Photo / Natalie Akoorie

"We talked about simple stuff. She talked about their relationship. They had plans to move to Australia after she'd done her stuff and build a life together.

"[She talked about] how he was such a sweet guy. He had only just gotten here."

Buckley is from Halifax in Novia Scotia and studied at universities in Montreal and Queensland. She works at Middlemore Hospital and lives in Auckland.

McKinnon, 33, grew up around Warrnambool in Victoria's southwest. The pair got engaged around Christmas 2017, according to their social media.

McKinnon's sister said he was a world traveller who lived for surfing, friends and family.
"He did everything with a smile," Emmeline said.

"He was devastatingly handsome and a caring, sensitive young man, even as a boy. He would always tell you he loved you and would give you a hug.

"He had a great sense of humour."

She wanted his killer to know he had devastated their lives forever. 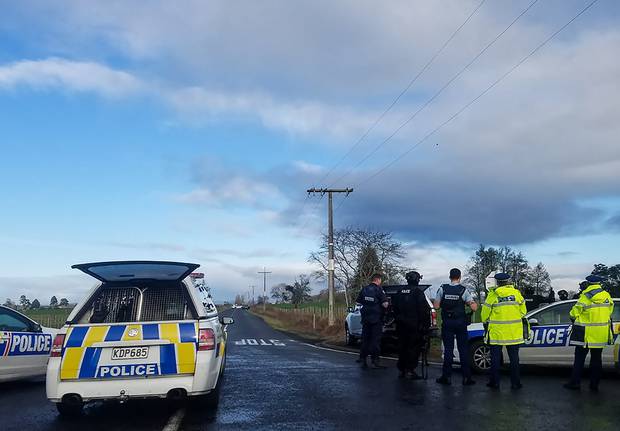 Police blocked the intersection of Puke and Gordonton Roads in Gordonton after a dumped campervan was found with the body of a man inside. Photo / Number8Network

"You took away someone deeply loved and treasured," she said.

"When you're from a big family, it's your greatest fear to lose a brother or sister.

"It's a tragedy we have to carry with us the rest of our lives."

Police launched a homicide investigation yesterday after they discovered McKinnon's body inside the dumped campervan at Gordonton, 80km away, north of Hamilton, at 8am.

Waikato Police District Crime Manager Graham Pitkethley said police were armed and they believed someone in the community would know the offender who was involved.

He called it a tragic and random incident that had left Buckley "very shocked and distressed".

"It is obviously concerning that we have an armed offender outstanding and I want to assure our Waikato community that our absolute priority is locating him as soon as possible and holding him to account."

Police urge any people who suspect they know the offender to contact them and for anybody who saw the 2017 white Toyota Hiace Apollo van, registration number KWF362, between 2am and 8am, between Raglan and Gordonton, to let them know. They did not believe anyone else was involved.

Pitkethley said members of the public should be alert and report suspicious behaviour or sightings.

"We are committed to finding the person responsible for this tragic incident, and we want to reassure the community that we will work tirelessly to find this offender ..."

The carpark, near Mt Karioi overlooking the Tasman Sea, provides access to the Te Toto Gorge track. Freedom camping is common at the spot which was yesterday under scene guard.

Shattered glass, blankets and shotgun shells were obscured by a tarpaulin, and broken glass was also strewn down Whaanga Rd.

The resident who helped the Canadian woman said she hoped Buckley was coping.

"When she went to go hop into the police car I could tell everything was just starting to fall apart and so I just grabbed her and hugged her and that was the first time she cried.

"I kinda hope she makes contact with me when she feels right about it because I feel like there's more that I wish I had said to her. I was really glad to be here for her."

Counties Manukau DHB said it had sent two senior staff to support her.