A man and woman have been found guilty of torturing and murdering a teenage girl at an Auckland "house of horrors".

Ashley Winter, 29, and Kerry Te Amo, 25, have been on trial for the past two-and-a-half weeks in the High Court at Auckland.

The jury took much of the afternoon to find both guilty after retiring to deliberate this morning.

The duo was accused of killing Dimetrius Pairama, whose body was found in July 8 last year by police searching an abandoned state house on Buckland Rd in Māngere.

The 17-year-old was dumped in a rusty steel drum, amongst some weeds.

At the start of the trial, Winter pleaded guilty to kidnapping Pairama but denied murdering her.

Te Amo had initially denied both charges but at the end of the trial's evidence also pleased guilty to kidnapping Pairama.

Throughout the trial, the duo have blamed each another for being the person responsible for Pairama's death.

Pairama was described by those who knew her as a "bubbly, pretty and very friendly" girl and had a distinctive laugh.

She was a student at Northland College in Kaikohe who loved kapa haka, singing and arts and crafts.

Her life goal, the court heard, was getting a qualification and enough money to buy a house.

She would end her short life in what Te Amo's lawyer, Shane Tait, described as a horror house.

"The house of horrors on Buckland Rd ... We'll never know exactly what happened," he said.

It was something the Crown Solicitor at Manukau, Natalie Walker, had also said.

"Sometimes we can never know why things happen." 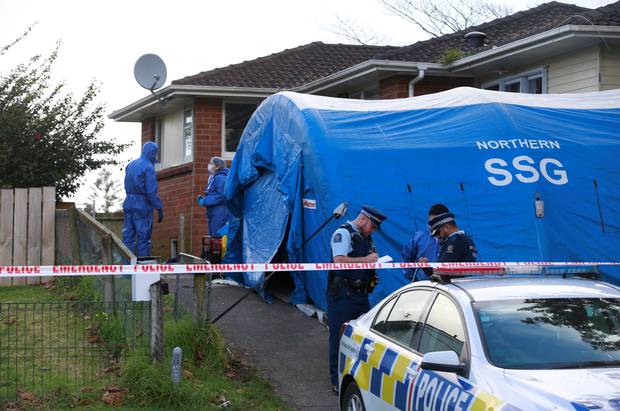 Police at the "house of horrors" in Māngere. (Photo / Doug Sherring)

The court, however, heard from another teenager who was at the house.

She was the Crown's key witness and was given immunity from prosecution by the Deputy Solicitor-General.

"They told her to take her clothes off and shaved her hair, burnt her body parts and then had a little meeting," the teen witness said.

Tied to a chair with rope and gagged, her body burned with a spray can and lighter, Pairama was then given a chilling choice.

At three o'clock Pairama was to be stabbed if she didn't choose death by hanging.

"They told me to go to the living room to keep a look out and [because] they didn't want me to look at it, so I went to the living room, sat there and I could hear like stomps, could hear banging in the hallway and when they finished killing her, one of them came outside and I opened the door and I saw her hanging," the witness told Detective Constable Frageo (Damon) Petersen in a filmed interview. 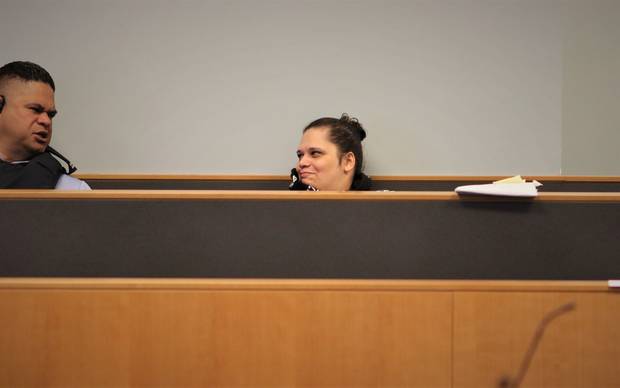 A noose has been fashioned out of some bedsheets, the 15-year-old witness said.

"The first ... it didn't work, she fell out. [Because] it was too loose, second time the same as well, then Ashley said to make it real tight.

"The third time she died.

"Ashley came out and she opened the door wide, I could see Precious hanging."

The teen said Winter had been "stomping" on Pairama's head, causing a sound "really loud like her skull breaking".

Pairama's battered, naked and lifeless body was then cut down and wrapped in the sheets and plastic.

"They were about to burn the house but ... didn't go through with it," the witness said.

"Ash said 'let's burn the place up', but there's been a neighbour or something that's said to get outa the house or she'll call the police.

"Ashley wanted to bury her under the house."

The group, which included a fourth person, left at about 1am, having dumped Pairama's body in a rusty, steel drum amongst some weeds.

Winter was the one in charge, the witness said.

"Everyone listens to Ashley." 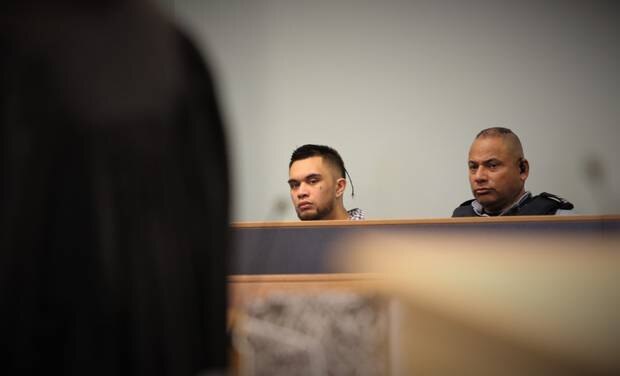 Walker said what happened at the house was "barbaric".

"There is no good reason or explanation for why the defendants did what they did to Dimetrius," she told the jury.

"In that house on that day for whatever senseless reason there was a terrible loss of humanity."

Sadly, the court also heard of what may have been Pairama's last chance to escape.

Three police officers had knocked on the door of the Buckland Rd house the day before Pairama's body was found.

They were there to obtain a statement from a woman named Ashleigh Tonga. 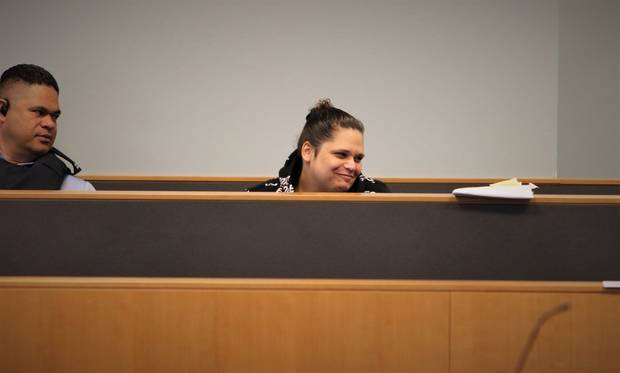 An immunity witness told the jury Ashley Winter was the ringleader at the house when Pairama died. (Photo / Sam Hurley)

The officers were met at the door by a young, crying woman - it was Pairama.

But then another "more dominant" woman, described by one of the officers as transgender, came to the door and said Ashleigh Tonga wasn't there.

Winter is transgender and the teen witness told police the dominant woman was Winter.

"Ashley said 'oh it's alright sis', she acted like [Pairama] was her sister and then they told the cops everything was alright so the cops left," she said.

Police first began investigating the homicide the next day after breaking up a fight near Britomart in central Auckland.

Walker said the group who were at the house had turned on each other.

"You'll pay for what you've done!" the teen witness yelled at Winter.