A tornado has swept through the Taranaki town of Waitara, damaging buildings and sending trampolines "flying about".

Taranaki Civil Defence Emergency Management said it had received reports of the twister and that fire crews were dealing with the situation.

"Some minor damage to some buildings and trampolines flying about," Civil Defence said.

McFarlane Motors in Waitara was in the tornado's path. 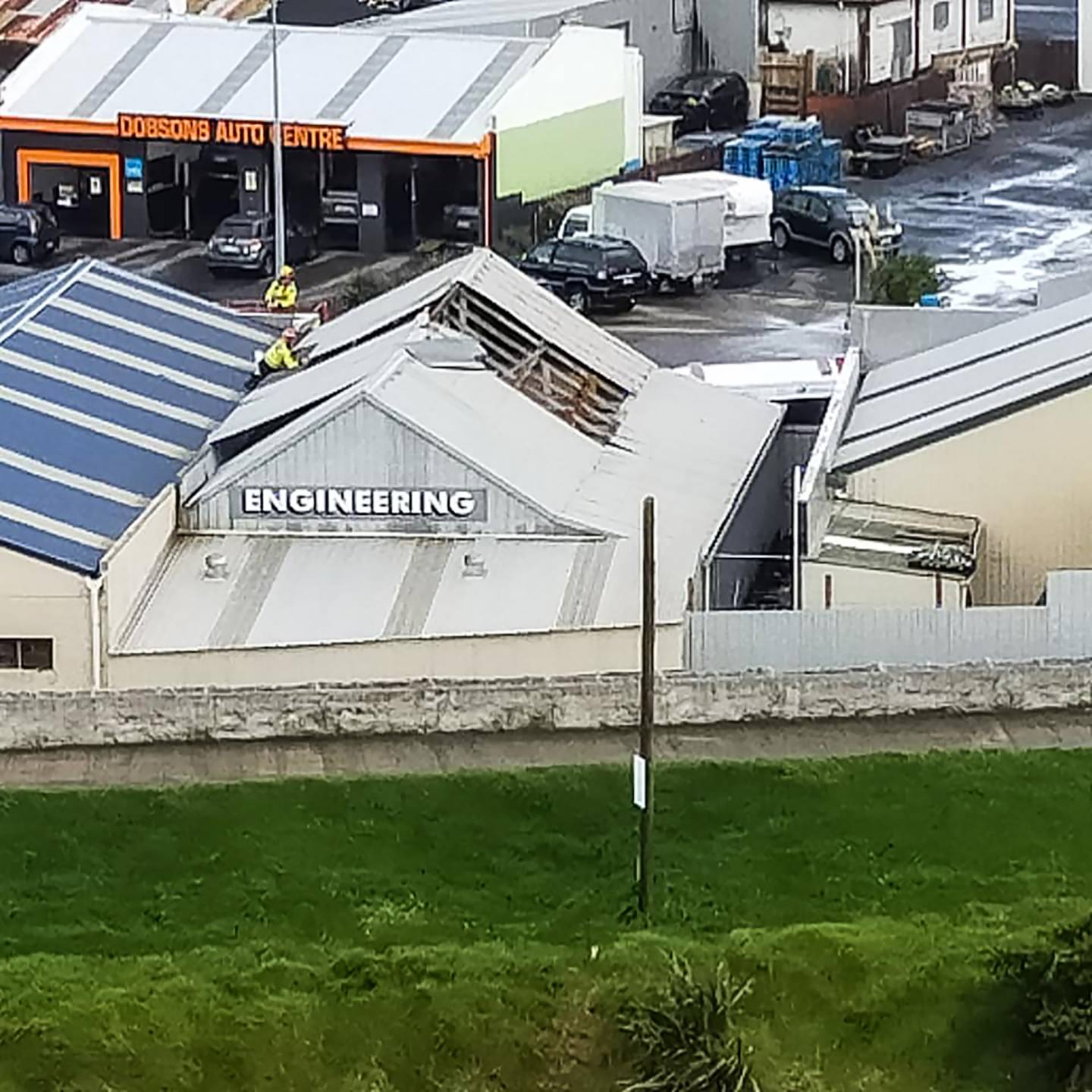 The roof taken off Reade Engineering in Waitara from today's tornado. Photo / Supplied

McFarlane Motors' Brook Prentice said they'd lost parts of their roof flashing as the tornado swept through and pieces of their neighbour's roof had ended up on top of their workshop.

Bits of their back fence was also blown away, Prentice said.
"It was a bit chaotic and pretty intense," he said.

It started off just as a gust of wind but ramped up the very next second as the McFarlane Motors' team scrambled to take cover, he said.

Prentice wasn't sure if the workshop could stay open and the business was still assessing the damage.