Well-meaning Pākehā are flooding into te reo Māori classes across the country in record numbers. But there are growing concerns of non-Māori appropriating the language, and not learning the protocols that come with it. Michael Neilson reports.

It all started as a well-meaning effort to save trees atop a treasured urban Auckland maunga from the chainsaws.

The Tūpuna Maunga Authority, established after the city's maunga were returned to mana whenua in a Treaty settlement, wanted to restore the mana of the maunga, and that meant removing nearly half the existing trees - all exotics - and replacing them with natives.

Others disagreed, claiming connections to 100-year-old oak, gum and cherry trees, and as the protest progressed, soon there were non-Māori standing atop Ōwairaka/Mt Albert, claiming they too, were mana whenua.

At a hui to quell protest concerns, other non-Māori claimed Ōwairaka in their pēpeha - an expression of whakapapa (genealogy) - recited karanga and one even laid a curse upon the authority. 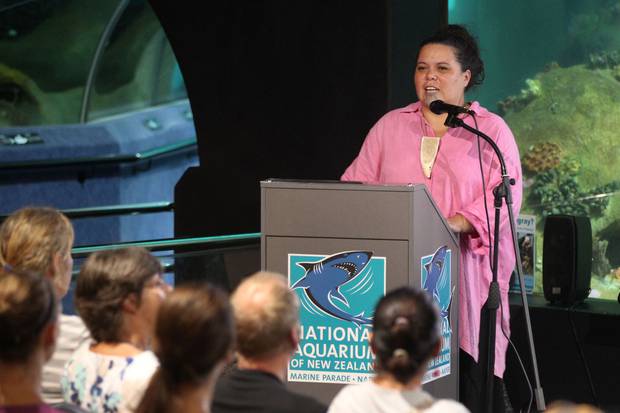 Tina Ngata says it is "fantastic" to see non-Māori flocking to learn te reo, but they also needed to learn the tikanga, protocols, that came with it. Photo / File

The breaches of tikanga - Māori protocol - not only outraged many of those present, but sent shockwaves through social media, sparking discussions around non-Māori appropriating some aspects of te reo, but not others.

"It is fantastic to see non-Māori developing those strong connections to the land and nature and wanting to learn the reo of this land," said Tina Ngata, an indigenous rights and environmental educator.

"But when people misapply it, it constitutes cultural assault and turns our own culture against us. It is deeply disrespectful, and sets us all back."

Concepts like pēpeha predate Māori arrival to the land, she said, and include connections to ātua (gods) - like Ranginui (sky father) and Papatūanuku (earth mother) - and the landscape, including maunga (hills/mountains) and awa (streams/rivers).

"So when we say our pēpeha we are making a genealogical statement as Māori, as descending from those things."

Consequently one could not simply choose a maunga - you were born with it.

"It can become very political, claiming a maunga that is not yours," said Ngata.

"I am Ngāti Porou, and my maunga is Hikurangi. Even if I married somebody from Taranaki, and lived there, had children there, I wouldn't claim Taranaki."

In a modern context, non-Māori could do pēpeha by discussing a connection to a place, rather than ownership, Ngata said.

"And the onus is also on us, as Māori, to ensure that is being taught." 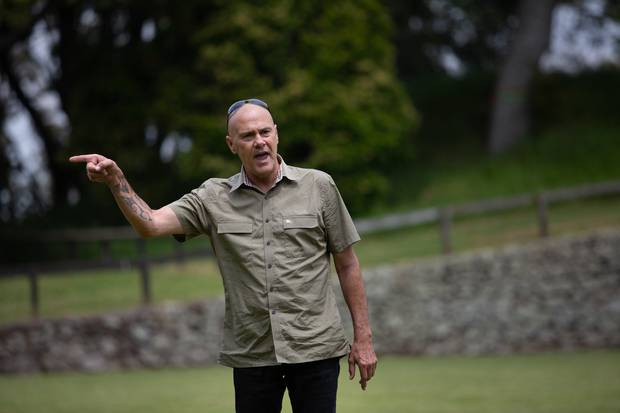 Independent Māori Statutory Board deputy chair Tau Henare speaking at the Ōwairaka hui, where he called out non-Māori claiming mana whenua over the maunga. Photo / File

With thousands of Kiwis flocking to beginner te reo classes across the country, many were being encouraged to develop their pēpeha.

This could bring up feelings of unease for Pākehā, many of whom might know their heritage several generations back, but little beyond.

Andrew Robb is Pākehā and began learning te reo back in 1974, as - in his words - an "ignorant person".

Learning concepts like pēpeha led the former media adviser for the Māori Party to discovering more about his own geneaology.

While it was "wonderful" to see increasing numbers of Pākehā doing the same and wanting to express their identity in terms of landscapes, Robb said they needed to acknowledge the people of the tribe whose lands they were in first.

"I see learning te reo as a gift by Māori to Pākehā, and that is really important to remember and acknowledge."

While it was important for Pākehā to learn te reo, to help it grow and also learn the Māori worldview, how the language progressed and developed should always be led by Māori, he said.

"The rangatiratanga, cultural ownership, needs to always be with Māori."

In response to heated discussions over the Ōwairaka debacle, Pasadena Intermediate Māori specialist teacher Donovan Farnham shared a pēpeha template he developed where rather than laying claim to maunga or awa, people could discuss their feelings or connections.

"These maunga are almost like deity to us, so to claim that without the whakapapa might be part of the reason people were so upset," Farnham said.

Farnham, of Ngāti Awa and Tūhoe, said in his teachings - both to schoolchildren and adults - he wanted to give non-Māori alternatives that would help them appropriately engage with Māori.

"The fact non-Māori are claiming things like maunga is healthy. They obviously have an affinity with Aotearoa and the Māori world, but don't quite have the tools to articulate it.

"But it is cool to see this paradigm shift."

In response to heated discussions over the Ōwairaka debacle, Pasadena Intermediate Māori specialist teacher Donovan Farnham shared a pēpeha template he developed where rather than laying claim to maunga or awa, people could discuss their feelings or connections.