A Ukrainian family facing deportation once their work visa expires in July have received an influx of support from MPs and the wider public.

Nataliya Shchetkova, her husband Alex Derecha, and their five children, face an uncertain future after Immigration New Zealand's decision to deny the family residency because it does not believe the business adds significant benefit to New Zealand.

The family run Auckland restaurant La Vista which had a turnover of $1.6 million last year and employs 26 staff - 17 of whom are full-time.

Since the Herald shared their story this time last week, the family have received an influx of support from members of the public, MPs and Act Party leader David Seymour.

The petition has received almost 6000 signatures of support in two days.

Seymour has organised a rally for next Sunday to support the family.

"Nataliya Shchetkova and her family are much-loved community members and successful proprietors of La Vista restaurant in St Heliers," the petition reads.

"The Government has declined their application for residency despite the family building a successful business as required by their visa requirements.

"I believe it is simply wrong that upstanding citizens be sent to wartorn Ukraine when others of varying character are allowed to stay. Please show your support of the Immigration Minister intervening so they can stay."

Shchetkova and Derecha arrived in New Zealand six years ago on a long-term business visa with plans to take over a fine dining restaurant. Their 5-year-old twins Alexander and Victoriya were born in New Zealand a few months later. 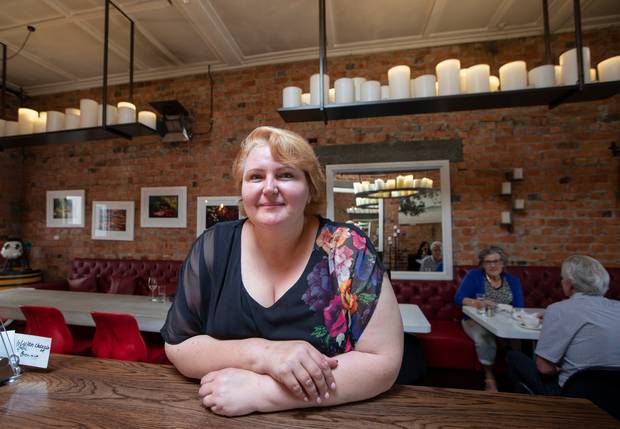 Shchetkova believed residency was declined because of wrong advice from an Immigration NZ case officer, when her plans to buy a French business outlined in the business plan submitted with her visa application fell through.

She instead purchased St Heliers restaurant La Vista for $700,000 - $200,000 more than what she said she would initially spend on a business.

But Immigration NZ manager Michael Carley said that wasn't the case and residency was denied because her business did not add significant benefit to New Zealand.

"We do not consider the immigration officer who assessed the application made an error in advice and we consider the decision to decline, and the process followed, was correct," Carley said.

"A core reason for the decline was the business did not add significant benefit to New Zealand by creating sustained and ongoing employment, over and above the existing level of employment.

"The Immigration and Protection Tribunal found INZ's decision to be correct under applicable residence instructions."

Shchetkova's lawyer said New Zealand's immigration law was "not well-designed" and "bad advice" had resulted in a significant injustice.

The family has been advised to sell the business and prepare to leave the country.