A 501 deportee with a chequered past has failed in his bid to gain a liquor licence for his downtown Auckland private members club.

That is despite the support of mayoral candidate Leo Molloy, who says he is proud to call the former Comancheros associate a friend.

But the Auckland District Licensing Committee is not shutting the gate entirely on Moses Folau's hospitality industry aspirations.

The committee says it may rule differently in future if he gains more bar management experience.

In its recently released decision, the committee said the mean streets of central Auckland, known as a tricky area for licensees, were not the best training ground for Folau.

Molloy says he is prepared to step into the breach and offer Folau the chance to garner the required experience.

He described Folau as a charitable and generous man with an "attractive, spiritual side to his personality," who has left his history of violent alcohol-fuelled offending and gang associations in the past.

"I am trying to give Moses a second chance," Molloy told the Herald.

While his flagship viaduct bar Headquarters has now shut its doors for good, Molloy is set to take over the space currently occupied by the nearby O'Hagan's Irish pub in December.

"There will be an opportunity there," he said.

"You can't marginalise people because they did something foolish in their past."

In May, Folau went before the committee at a hearing in Auckland's council chambers seeking a liquor licence for his members-only premises, called 9Eleven, apparently named after the room number of his downtown apartment.

9Eleven is already up and running but cannot sell alcohol.

The idea for the private club came about from a group of "largely corporate businessmen/women" who enjoyed socialising together, according to documents lodged with the liquor licence application.

A barrister, a real estate agent, an architect and other professionals working in Auckland are listed as current members.

Member pay $25 per week, with membership capped at 40 people.

Folau also hoped the network of successful people would help find employment for "501s" who have fallen on hard times.

There were no public objections to the liquor licence application and the medical officer of health did not raise any concerns.

He has 10 convictions in Australia, including a jail term for an assault, and three more since being deported to New Zealand. 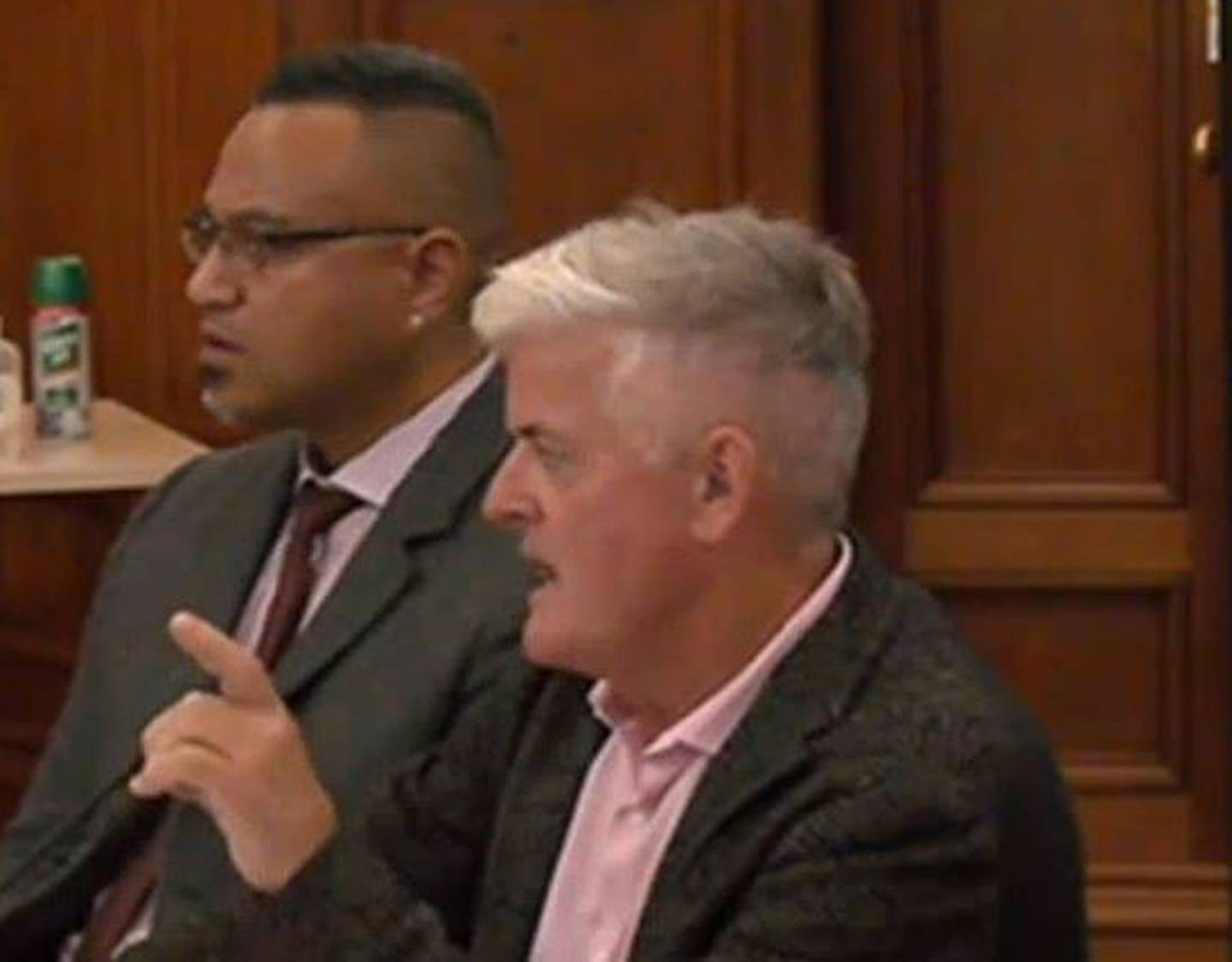 "Mr Folau has had a history of issues relating to alcohol abuse and incidents that bring into question his character and reputation," Evans said.

The New Zealand offending included an assault in central Auckland.

His most recent conviction was in July 2018, for driving with excess breath alcohol and careless driving, resulting from Folau reversing on State Highway 16 after missing an exit.

In the police National Intelligence Application (NIA) he is listed as a member of the Comancheros motorcycle club.

However, the committee found there was no evidence to suggest he was currently a member of the Comancheros.

Folau denied being a member of the Comancheros although conceded he was a close associate of a gang in Australia before his deportation.

Working in the construction industry and as a security guard in nightclubs, Folau said he met characters who were members of an outlaw motorcycle club.

"They invited me to hang around at the clubhouse, which I did. I was not a member but honestly considered joining because I valued the brotherhood which they seemed to project," Folau said.

"When I became older and wiser, I realised everything about them was a load of bollocks."

Folau wiped away tears when asked at the hearing if his private club was simply a front for a "gang pad", as police feared could happen.

"I've spent time in jail. I've been kicked out of the country. I've lost my family. Do you really think I want to set up a gang pad, sell drugs and do this kind of bullshit?

"Last thing I want to do is go back to jail."

The committee's written decision, released more than a month after the hearing, said Folau failed to disclose his Australian convictions on his initial application, and gave inconsistent dates for the New Zealand convictions.

A joint submission from police and the council licensing inspector also raised concerns about his limited experience working in licensed premises.

Folau is a 50 per cent shareholder in Sweetspot Bar and Cafe, a licensed venue inside a North Shore indoor golf centre, Companies Office records show. 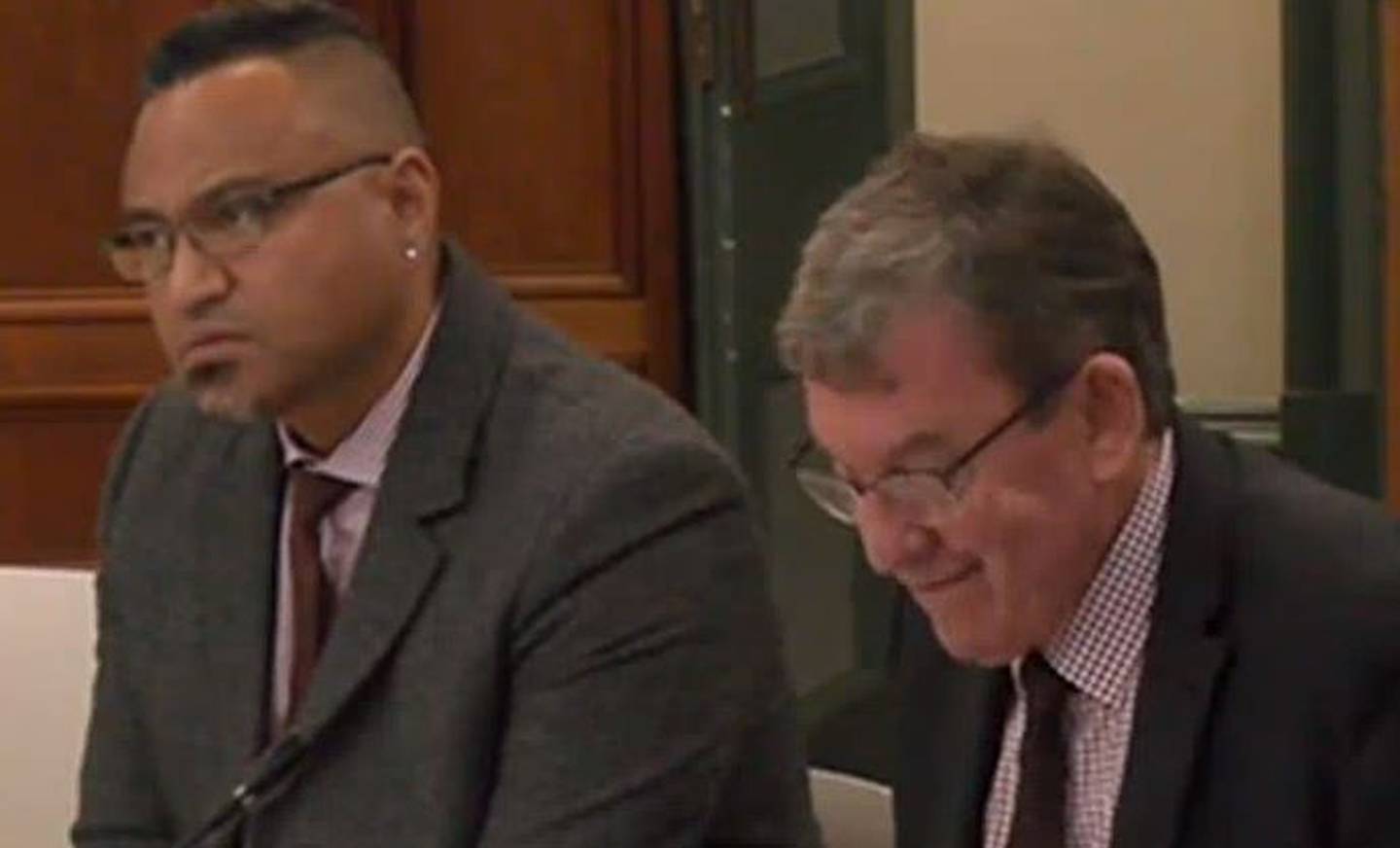 He has also worked as a volunteer at that premises for six months, which he said made him aware of rules around the sale and supply of alcohol.

The joint submission said this was entirely different from being the licensee of a late-night members club in central Auckland.

"But even if it were accepted that he has turned over a new leaf and his plans are genuine, his lack of experience means that Vulcan Lane is not a proper location for him to gain hospitality experience," the submission said.

The committee said it believed Folau was genuine in wanting to turn his life around, but this did not outweigh his relatively recent criminal history and lack of experience.

"On careful consideration we reach the view that absent both a track record of proven management experience and with red flags in terms of the criminal convictions so close in his background, we are not persuaded that the applicant has proven his suitability to manage this premises."

The decision to decline his application was a "finely balanced exercise" and the committee left the door open to Folau gaining a licence in the future.

"The situation for Mr Folau may well be balanced differently with further time, further rehabilitation and a period of positive and significant experience managing premises in a high-risk area.

"We would encourage Mr Folau to continue the positive work he has done and to not give up on his future aspirations in this industry."

District Licensing Committee decisions can be appealed to the Alcohol Regulatory and Licensing Authority.

Molloy said he believed Folau was judged because he was a 501 deportee.

"No question, the whole perception that all the 501s are thrown in the one basket is bizarre. I have had four of them who have worked for me off and on, they are good people."

The candidate was not concerned at how voters would perceive his support for Folau.

"I'm not worried about it at all. I am a social liberal person with a conscience, an Irish Catholic, you give people a second chance.

"You have to support people who want to turn their lives around."