Healthcare workers who treat vulnerable people are required to get a Covid vaccine because they have a responsibility to others, the Government says.

Responding to news that 10 of Taranaki District Health Board's 63 registered midwives are saying they won't be getting vaccinated against Covid-19, Response Minister Chris Hipkins said the Government wouldn't be budging.

Midwives who don't get the vaccine will have to step down from their jobs.

The choice by Taranaki's midwives and others in similar roles to get the vaccine was not simply their personal choice, Hipkins said.

That's because they worked with vulnerable people and their choices affected others, he said.

Midwife Angela Worthing wouldn't reveal to the TV programme why she is choosing not to get the vaccine.

But she said she opposed mandatory vaccinations because she believed individuals should have a choice.

"We have for decades now talked to women about your body, your choice," she said.

"The messages that have come through loud and clear are now not being applied to us as a workforce."

She asked the Government to reverse its decision on requiring mandatory vaccines.

However, Hipkins said the decision had been made in the interests of public safety.

Hipkins also said about 75 per cent of Covid test results are being returned within 24 hours.

But he acknowledged that was below the Government's goal and said he was looking at potentially better spreading lab testing capacity around the country.

He also acknowledged that with about 4 per cent of test results taking more than 48 hours to be returned, health teams needed to do better.

He agreed delays in test results could result in increased infection among the community. 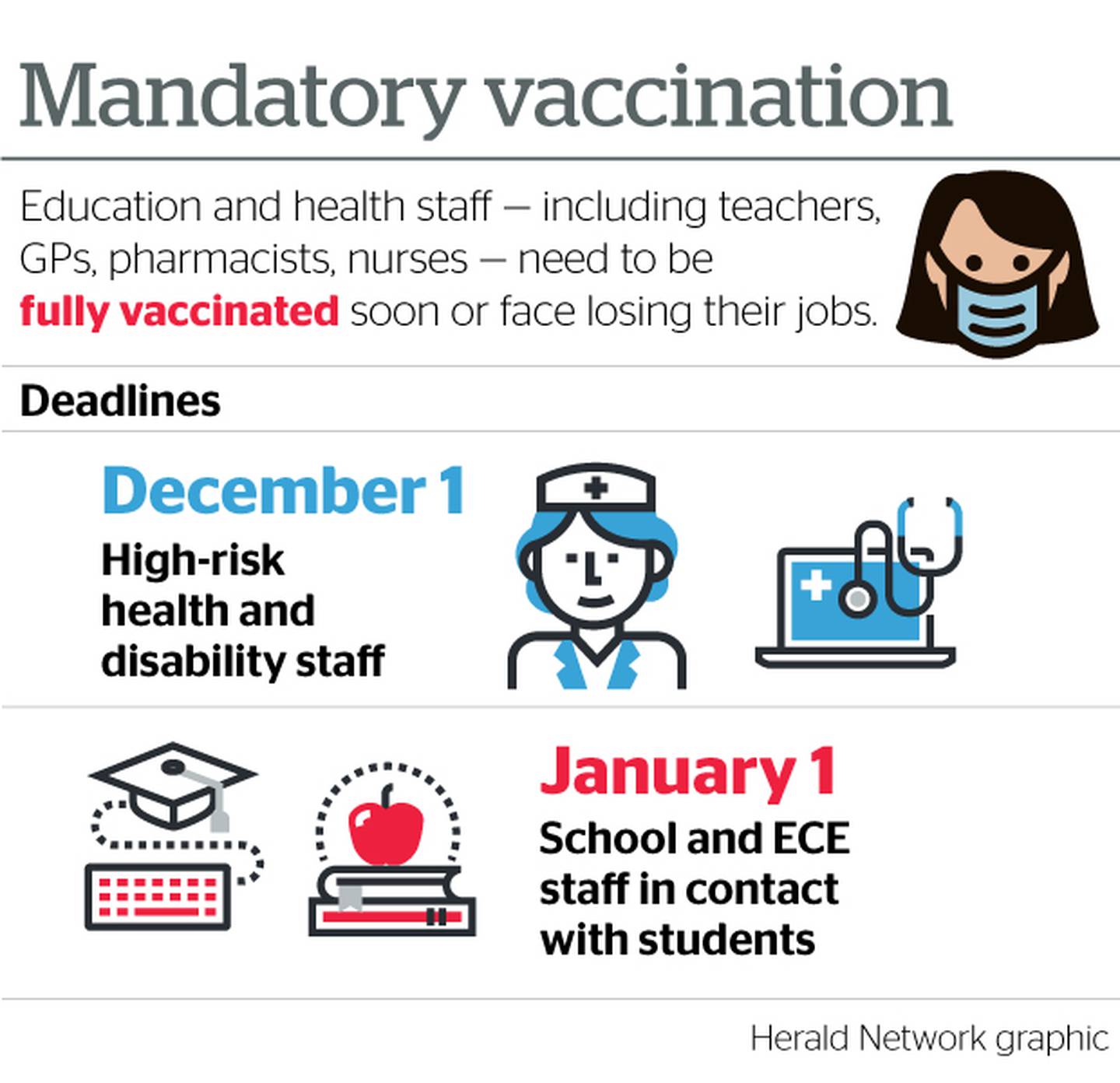 Hipkins also said changes will be coming to New Zealand's MIQ and border settings for returning travellers as a result of more cases now being found in the Auckland community.

The increased cases in the community meant more Kiwis in New Zealand are needing to take up rooms in managed isolation facilities.

That was leaving fewer rooms available for Kiwis wanting to return overseas and Hipkins said Cabinet would be consider how to address that.

Hipkins rejected the assertion the Government had put Māori at risk by going down to level 3.

He said level 4 had proven unable to bring Covid case numbers down to 0 because a small part of the community kept ignoring the rules and moving freely and mingling.

That meant it was fruitless to keep those following the rules in level 4, while others would continue to ignore them, he said.