A survivor of a fatal Christmas Eve crash has shared the harrowing details of being trapped in the car wreckage alongside his wife, 4-year-old daughter and dog.

Daniel Woolley has a strong message for drivers to slow down, and to think about his family's experience before making any rash decisions. He has also set up a Facebook page where anyone can "talk about healing after a tragedy or trauma".

He hasn't been able to see his wife Rachel, who is recovering in Waikato Hospital with broken legs and ribs, since the crash. 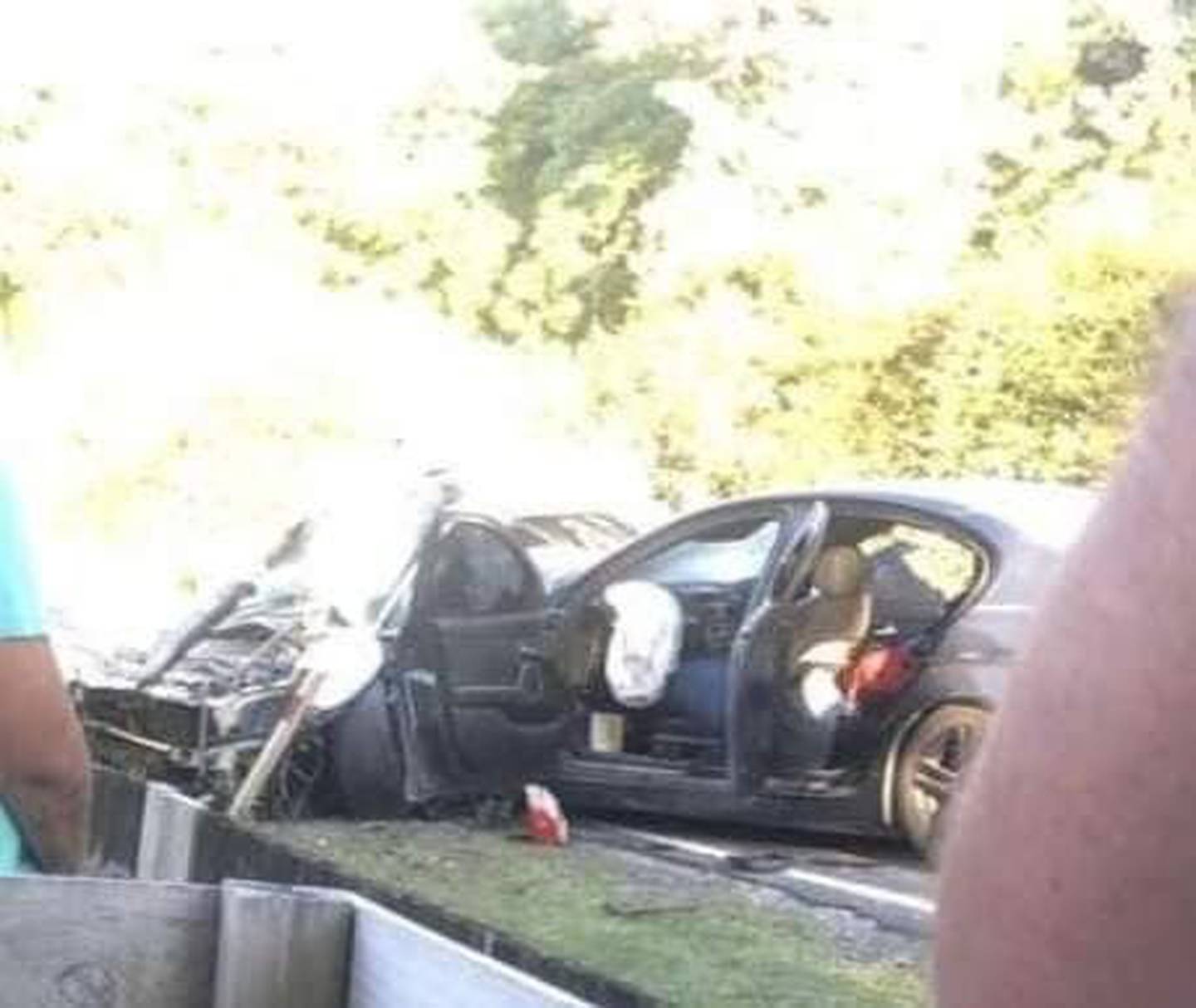 The two cars following the crash that left one dead and the Woolley family injured.

His daughter Teegan was also airlifted to hospital after the tragic collision in the Bay of Plenty, but managed to survive without serious injury.

They are three of five people hurt in the crash. The driver of the second car involved was killed - Shaquille Dempsey, 24, of Turangi. He is one of 17 people who died on roads around the country over the official Christmas and New Year holiday period.

Bulls resident Woolley posted a 30-minute video to Facebook from his Whanganui Hospital bed - before he was transferred to Wellington Hospital - recounting the day he said has changed his life forever.

Woolley was driving his family to Whitianga to spend Christmas before a car came hurtling towards them "fully sideways" on State Highway 1 in Motutere, south of Taupo, just after 7pm.

"All of a sudden there's a whole lot of smoke, and I'm in Tokyo Drift. There's a white WRX coming towards us at over 100km/h, the police estimated the speed.

"He's coming towards us, fully sideways, and I look at Rachel and said, 'I can't do anything'.

"I think that was all the words I managed to get out, and then he hit us.

"I didn't hear a thing. It was quiet. I didn't know what had happened. I knew I had been in an accident but your brain goes 'Nah, that didn't happen'."

Dust from the airbags cleared and Woolley turned to his wife, who was "covered" in blood over her face and mouth, and her eyes were bloodshot.

"She's shaking like people shouldn't be shaking. It's horrible. You don't want to see your wife looking like that ever." 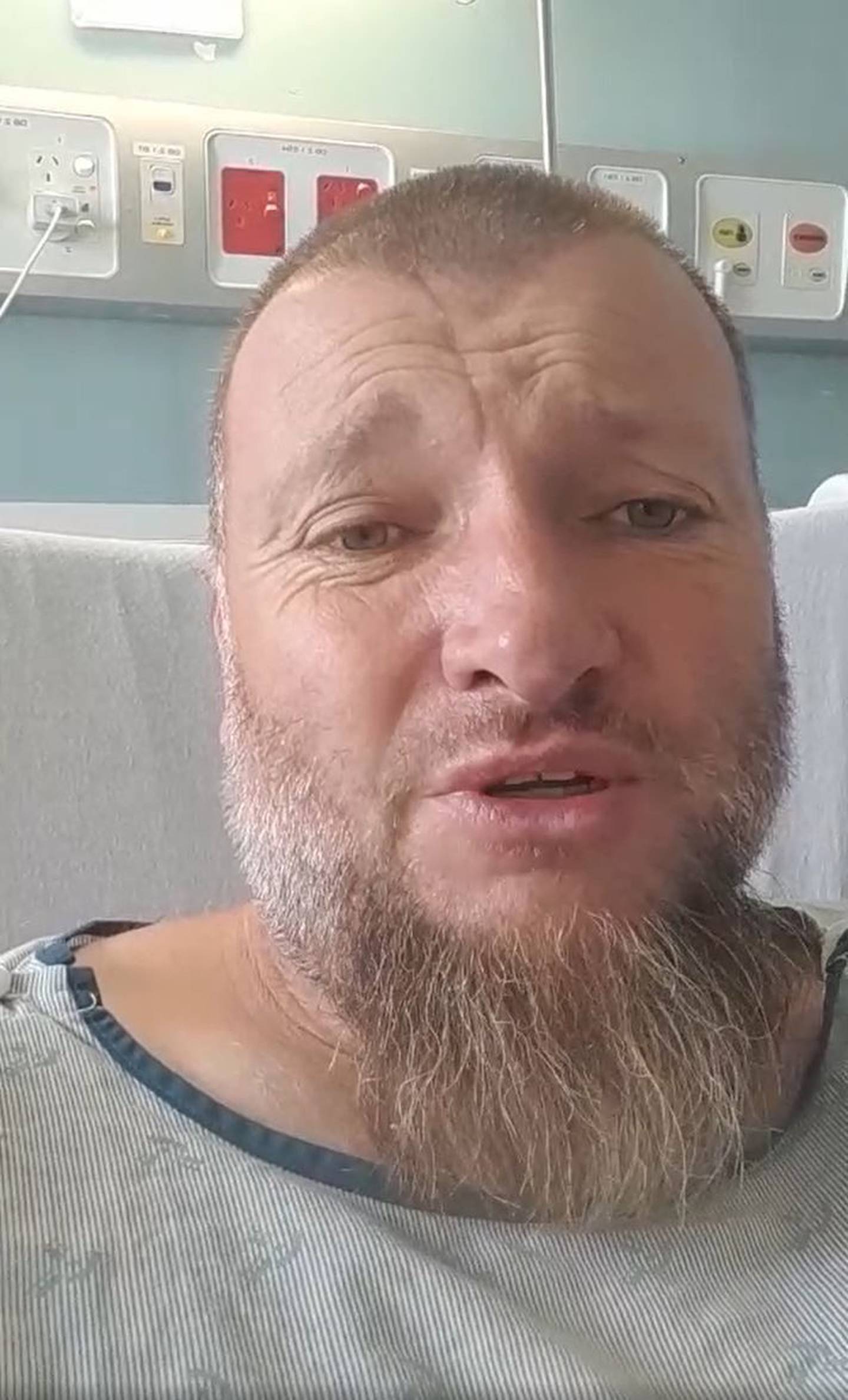 Then Woolley started looking for his daughter and panicked when she wasn't in the back seat.

"My daughter is down at my wife's feet, looking up at me, upside down. All of a sudden people come out of nowhere."

A member of the public opened Rachel's door and Woolley said his wife somehow managed to walk over and open up his door, despite her severe injuries. He was trapped by the steering wheel and car engine.

"They grab Teegan out, and she's unharmed.

"Rachel gets out of the car with two broken legs, a broken elbow and four broken ribs, comes round to the other side of the car with another guy, and she got my door open."

Woolley said the car then started to catch fire and people started panicking, but both he and his wife managed to get out of the car.

His foot was floppy on the end of his leg, "like a limp sausage, just flopping around", he said. His hand had gone through the windscreen as well.

Two men carried him to the side of the road, where he lay down next to his wife.

"She doesn't look alright, and I'm thinking F*** what have I done? Everyone blames themselves. [But] there's nothing you can do."

Woolley said he found out later it took emergency services almost 30 minutes to get to the crash scene. He said it felt like four minutes, and he could not "thank them enough".

"I really take my hat off to all these first responders. They're human beings doing their job and sometimes they have to see some horrific s***."

The pair were treated as they "floated in and out of consciousness".

"All I wanted to do was hold my wife's hand," Woolley said.

At this point he remembered his fox terrier was in the car. Woolley said having pillows in the back of the car saved both his daughter and dog's life.

Woolley was taken in an ambulance to Taupo Hospital, before later being transferred to Whanganui Hospital and eventually Wellington Hospital to have his leg treated.

He hasn't seen Teegan or Rachel since. They were airlifted to Waikato Hospital. 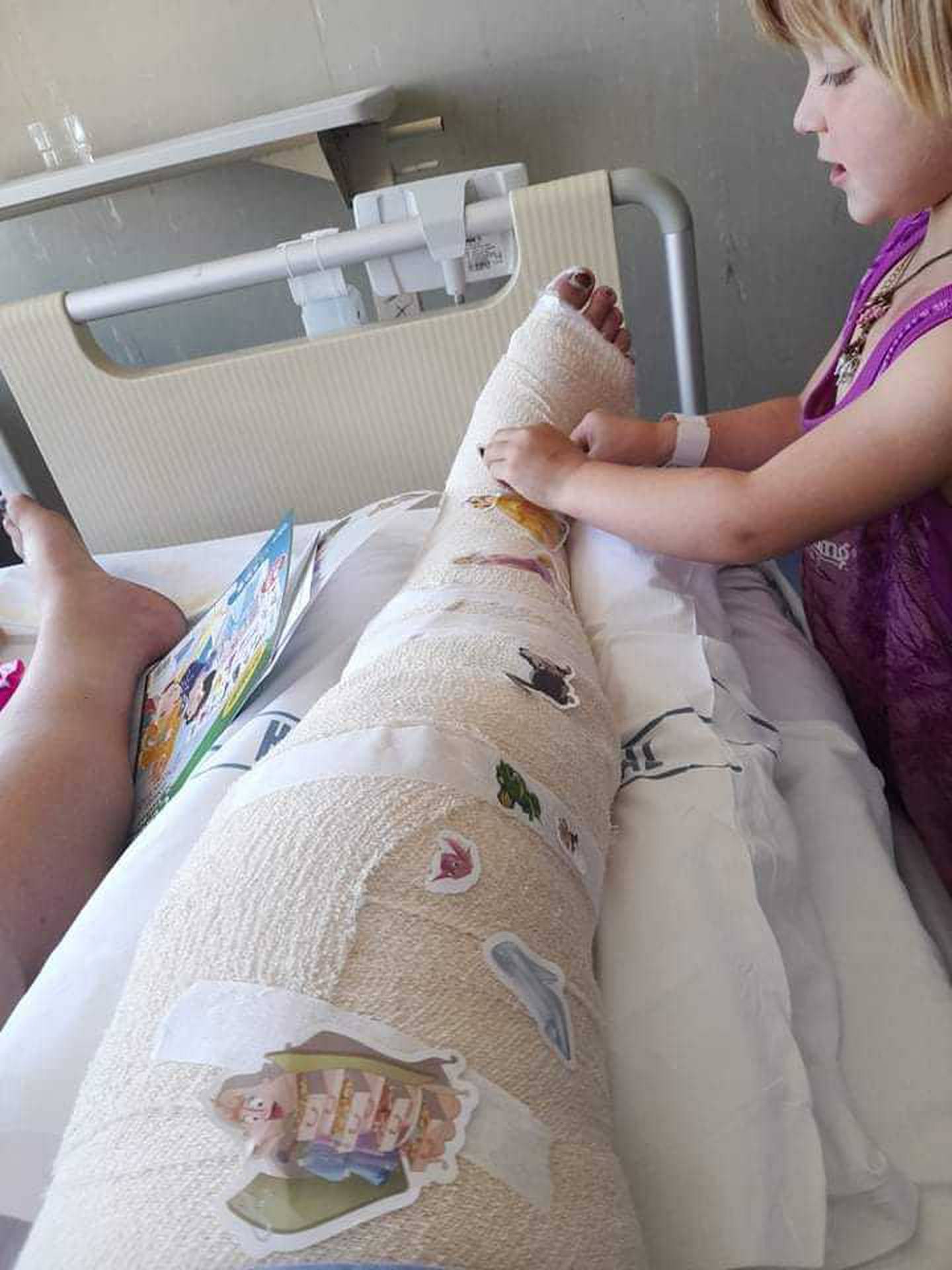 "It's going to take a long time before I can walk again. Got to learn to walk again," said Woolley.

He teared up in the video as he thanked hospital nurses who bought his daughter Christmas presents on Christmas Day.

"I wanted to give my daughter a good Christmas.

"That's heart-wrenching for me, because that's all I wanted to do.

"They went over and above. They went and bought stuff for Teegan. They took her mind of what was going on."

Woolley also said he does not blame the driver that was killed.

"My heart goes out to his family. He's probably just made a mistake. Done something wrong, like we all do.

"I don't hold anything grudges or anything bad towards him. We all make mistakes in life.

"That poor guy lost his life on Christmas Eve and now his family have to pick up all the pieces of that broken situation."

Woolley is urging drivers to stop and think before undertaking a possibly dangerous manoeuvre.

"Even if you're going driving out on the road, and you think, 'Oh I need to overtake this person' but it's not quite safe, and then you stop and think about my little girl just for a split second and go, 'it's not worth it'.

"You may have just saved a life."

He also said New Zealanders need to change their attitudes to driving, and can't always blame the road conditions.

"If people just slow down. People will always blame the roads. There are some s*** roads in New Zealand and a lot of the problem is, vehicles go a lot faster now.

"If we can save one life that's all that matters."

While in hospital, Woolley has set up a Facebook page, HOHOHO, where anyone "where anyone can talk about healing after a tragedy or trauma".

A Givealittle page was also set up by a close friend to support Woolley and his family's recovery.