New Zealand's "stubbornly high rate" of suicide has continued to climb and reached a record 606 deaths in the past year.

The provisional figures for the 2016-2017 year have been released today by Chief Coroner Judge Deborah Marshall.

The figures come two weeks after the Herald wrapped up a six-week series, Break the Silence, which addressed youth suicide; tackling the suffering of those suicidally depressed, the anguish of families and challenging the code of silence around the subject.

Mental health ambassador Mike King said, "there is this whole culture that says if you open up and talk about problems you're weak, and it's killing our kids. It needs to stop." 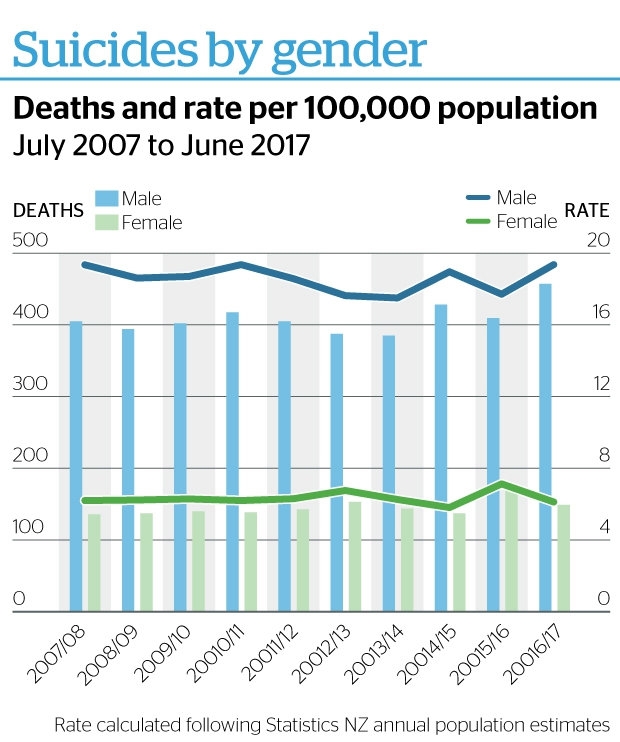 The latest suicide figures are the highest since records were first recorded nine years ago. Last year 579 New Zealanders committed suicide and the figure was 564 the year before.

Judge Marshall said New Zealand had much to do to turn around its stubbornly high rate of suicide.

"In the last year we've seen a lot of discussion about suicide and the incredible emotional toll it takes on those who are left behind. While acknowledging that people are taking their own lives is important, it is only part of the conversation about suicide in the community.

"What is equally important is our discussion around how we can prevent suicides and how everyone - family, friends and colleagues - is able to recognise someone at risk and ensure they get the professional help they need," Judge Marshall said. The 20-24-year-old age group recorded the highest number of suicides at 79. 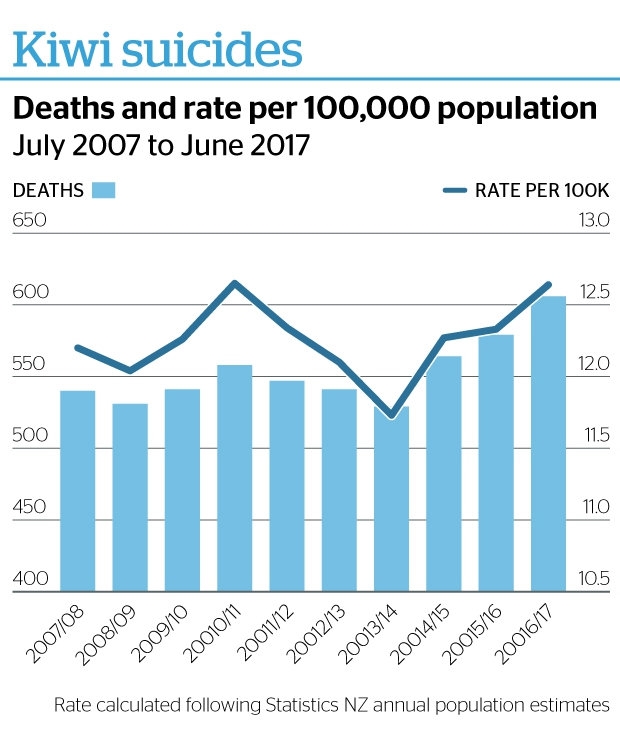 Need to talk? Free call or text 1737 any time for support from a trained counsellor.

Or if you need to talk to someone else: