What makes for a Kiwi conspiracy theorist?

Researchers have delved into a trove of survey data to form a picture of what's likelier to make someone believe in bogus conspiracies – and what part their personal politics play.

Conspiracy theories aren't at all new – in 2008, as many as one in six Kiwis thought the Moon landings were faked – but the Covid-19 pandemic has super-charged the spread of misinformation here and around the world.

That became particularly apparent in the lead-up to the 2020 general elections, when conspiracy-laden activism swirled around pressure groups and fringe political players like the NZ Outdoors Party and the NZ Public Party, later part of Advance NZ.

When thousands of people gathered in Auckland's Aotea Square for an Advance NZ-organised anti-lockdown rally in September 2020, the podium was notably adorned with a large Q: representing global conspiracy movement Qanon.

Marques said his team wanted to take a fresh look at links between political ideology and belief in conspiracy theories, given that emerging research was challenging long-held assumptions about how these people voted.

While earlier studies have suggested those more politically conservative were likelier to follow conspiracy theories, this trend now didn't appear so straight-forward, with recent research indicating these misguided beliefs could be found in high levels at both ends of the spectrum.

As well, they sought to explore how politics mattered to them at all: or how likely they were to vote, and what trust they had in politicians.

Drawing on survey data from more than 42,000 participants in the New Zealand Attitudes and Values Study, the researchers soon spotted some predictive trends.

For instance, people more likely to agree with the statement "I think that the official version of major world events given by authorities often hides the truth" tended to be older and less educated.

They were likelier to be unemployed and live in areas considered relatively more deprived.

"They also reported having significantly lower levels of socio-political control, lower trust in politicians, and lower intention to vote and satisfaction with the government," Marques said.

When it came to satisfaction with the Government, they found higher rates among Left-leaning people, those who tended to trust politicians, and those who felt individuals could have an influence in democracy.

Similarly, those more likely to vote in future elections saw political beliefs as more important to themselves – and were less likely to buy into conspiracy beliefs.

In line with overseas studies, they found a "curvilinear" relationship between political ideology and conspiracism – showing that these extreme beliefs were higher at each end of the spectrum. 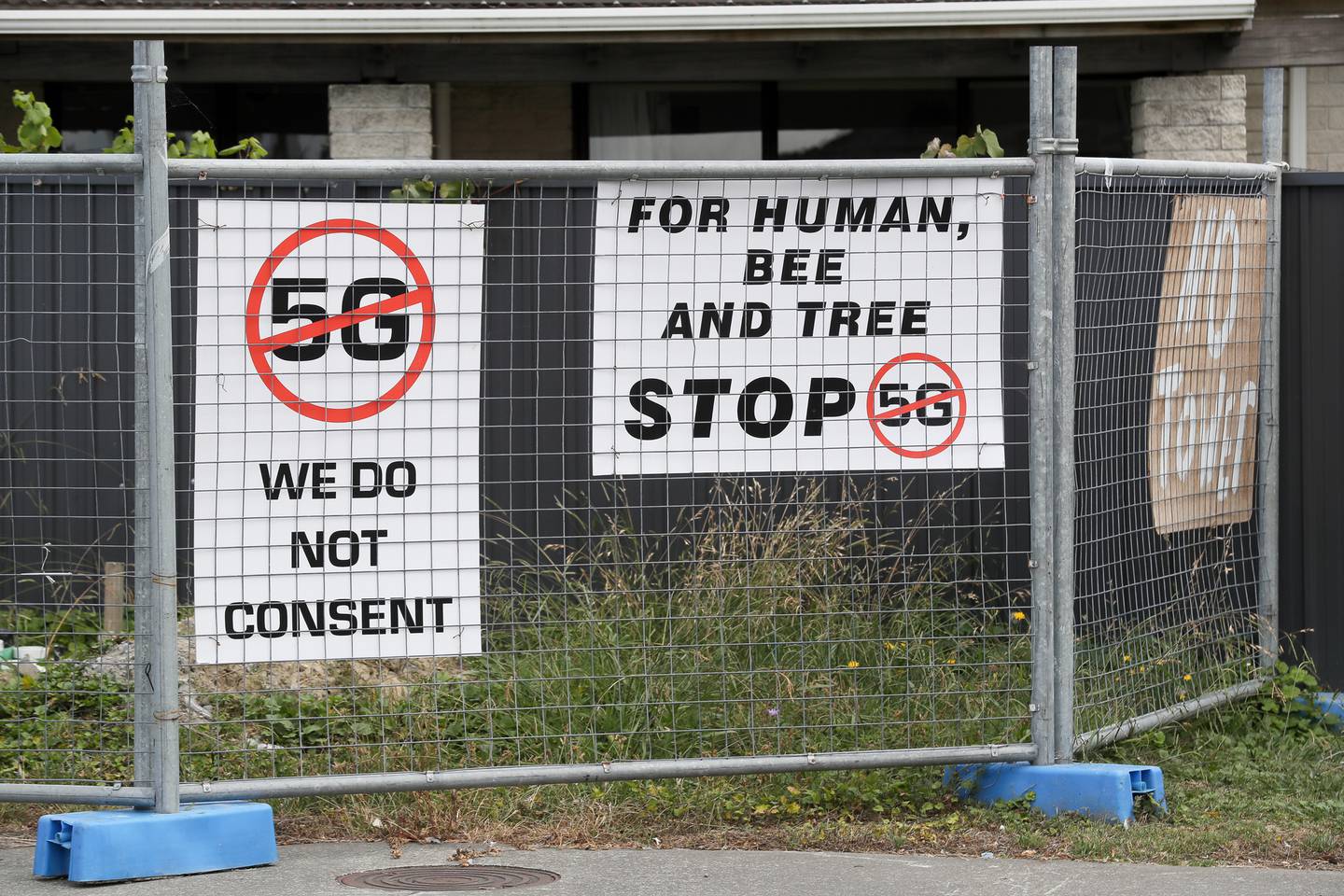 Misinformation about Covid-19 vaccines and health measures has pushed Kiwis toward other conspiracy theories - as well as racist and violent ideologies. Photo / Warren Buckland

Interestingly, the researchers also found a small yet notable bump in the middle, among those who described themselves as moderate or "ideologically neutral".

Marques said these people might not actually be political centrists, but "system challengers" who didn't place themselves on the spectrum at all.

"Overall, our findings suggest that ideological extremity may be a risk factor for increased belief in conspiracy theories - and that a more nuanced understanding across social and economic ideology may help clarify whether a 'moderate' position may also be fertile ground for conspiracy theorising."

Further, he said, the results highlighted driving factors outside of politics, such as deprivation.

While the study didn't seek to find what could be done to combat conspiracism, Marques said factors like trust in politicians, and people holding their own political views important, remained big factors in government satisfaction.

The study comes as Kiwi researchers have launched a new, two-year programme to explore what drags people toward conspiracy theories and whether buying into one pulls them toward others.

Its leader – Massey University's Dr Matt Williams, who worked alongside Marques on the latest paper – has already found around half of Kiwis believe in at least one of 15 unfounded conspiracy theories.

As the violent climax of summer's Parliament protest highlighted, the problem was growing, and far from harmless.

Last month, researchers working under the collaborative Disinformation Project published a major analysis showing how a deluge of Covid-19-linked social media activity exposed thousands more Kiwis to what they called "splintered realities" – while also helping push them toward racist and violent ideologies.

They said the Parliament protest had created a "tectonic shift" in New Zealand's disinformation landscape – and laid new foundations ahead of next year's general election.