This article by NZME journalist Georgina Campbell explains why she decided to create the Speaking Secrets podcast, a co-production by NZ Herald and Newstalk ZB. For the series trailer, listen to the podcast below. You can subscribe to Speaking Secrets on iHeartRadio and iTunes.

Listen to "Trailer" on Spreaker.

The problem with breaking the silence is you have to work out how to clean up the mess.

For victims and survivors of sexual abuse and harassment it's not just sharing their story, it's everything around it.

It's the fear of being pitied or judged, of destroying their careers, and upsetting loved ones.

It's the years of therapy, the giving up on dreams - but knowing that if they don't speak out, then who will?

Speaking Secrets tells the stories of New Zealanders on their own terms and also reveals that mess.

Tears are shed and emotions run high, but this issue cannot be sugar coated.

I don't want New Zealand's experience of the #MeToo movement to be about flitting from one scandal to the next.

People should know that sex can be difficult after rape because even when you're married, you still get flashbacks to that night.

They should know a sexual harassment incident can make someone fear going to the supermarket.

That disclosing child abuse can make your loving parents think they failed to keep you safe, even though it wasn't their fault.

The media has an important role to play in the #MeToo movement by being a channel for people to share their stories, but it should not be the threshold for speaking out in this country.

Survivors who haven't broken their silence should know that many people choosing to tell their stories publicly have taken several steps to get to that point.

That's speaking out too.

This series continues a conversation in New Zealand and asks questions.

Do we report being groped at a concert or do we worry about detracting resources from other offending?

Should parents try to control what kids do, and what they have access to on their cellphones?

Do male victims feel left out of the #MeToo movement?

The answers aren't always clear cut, but speaking out is a light in the darkness. 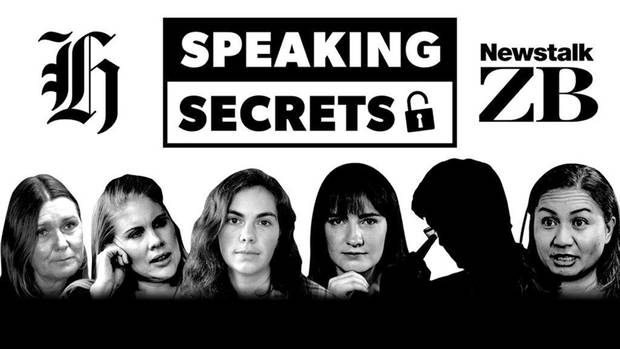