A Southern Bottlenose whale has died after becoming stranded on a beach in Timaru.

A Department of Conservation spokesperson said the hotline was contacted at about 5.45pm on Tuesday by members of the public.

Project Jonah was alerted as was Te Rūnanga o Arowhenua.

The whale was a small Southern Bottlenose. They are beaked whales which are a deep-water species. It's likely that this whale was unwell, they said. 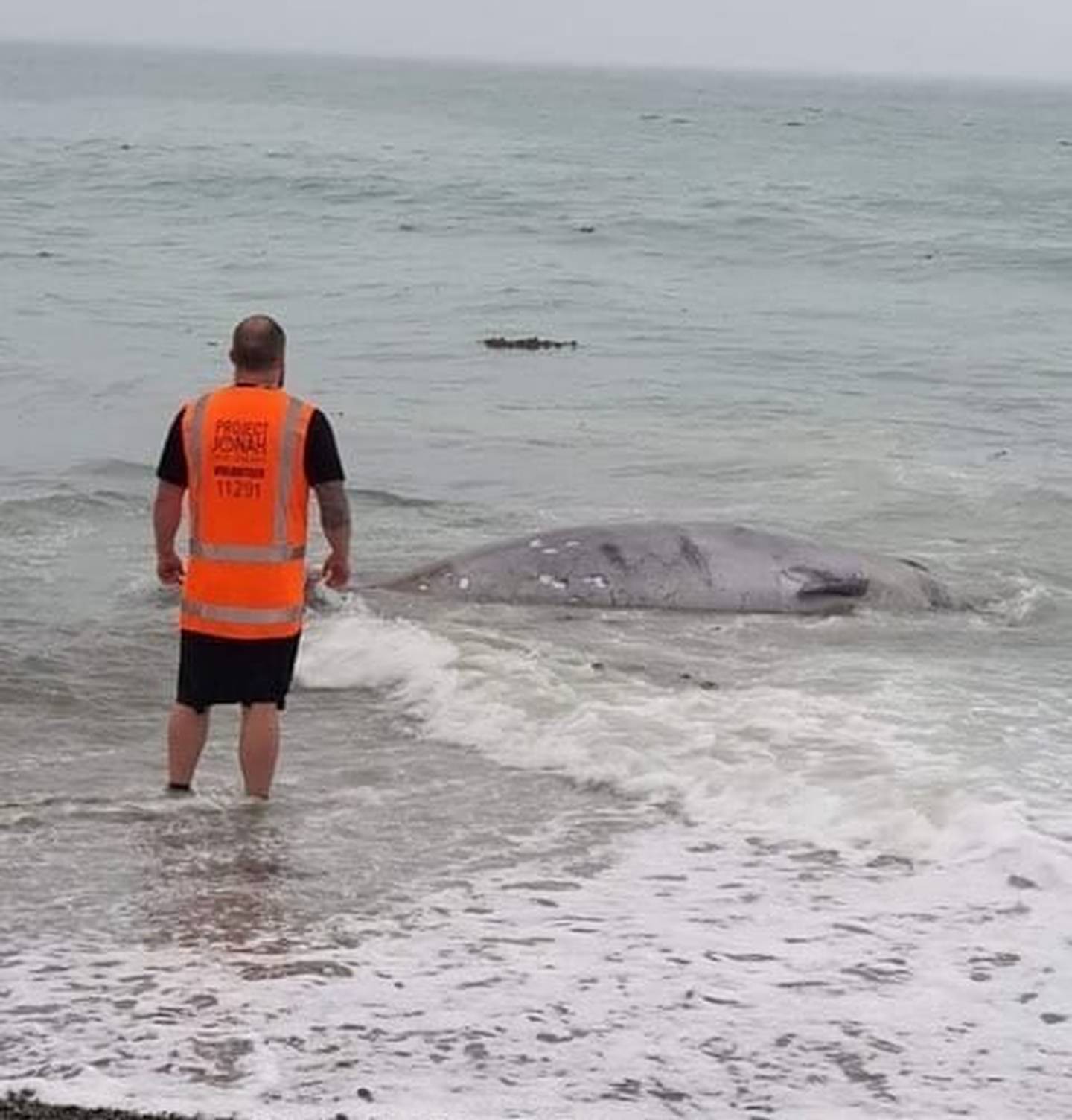 Given the size of the whale, it was likely to be a juvenile and there were no obvious signs of injury.

"It wasn't possible to retrieve the whale on Tuesday night as it was still being moved around a lot in the surf."

Scientific samples to be taken before the whale was buried in the afternoon, It's thought to be the first time a Southern Bottlenose has been found in the area, Toogood said. Photo / Supplied

It's the first time, he's aware, that a Southern Bottlenose has been found in the area, Toogood said.

A post on the Project Jonah Facebook page said the beach has several hazards, including stones which can easily cause wounds to a stranded whale and a deep drop-off close to shore as well as a strong undertow, "which was causing the whale to be rolled up the beach in the surf, highly stressful for a stranded whale," it said.