A South Auckland mother is appealing for help to fix her house before the winter cold sets in after living without gas or hot water since an unlicensed teenage driver crashed into her Flat Bush home last October.

Jasmine Wang is a single mum with two children aged 10 and 14. She is also supporting her 70-year-old mother.

She is taking her appeal for help to Givealittle.

"I don't want to beg, but I am desperate and at a loss on how else I can get the money to keep my family warm," Wang said.

"I feel bad as a mother that I cannot provide just the basics of a warm and dry home for my children." 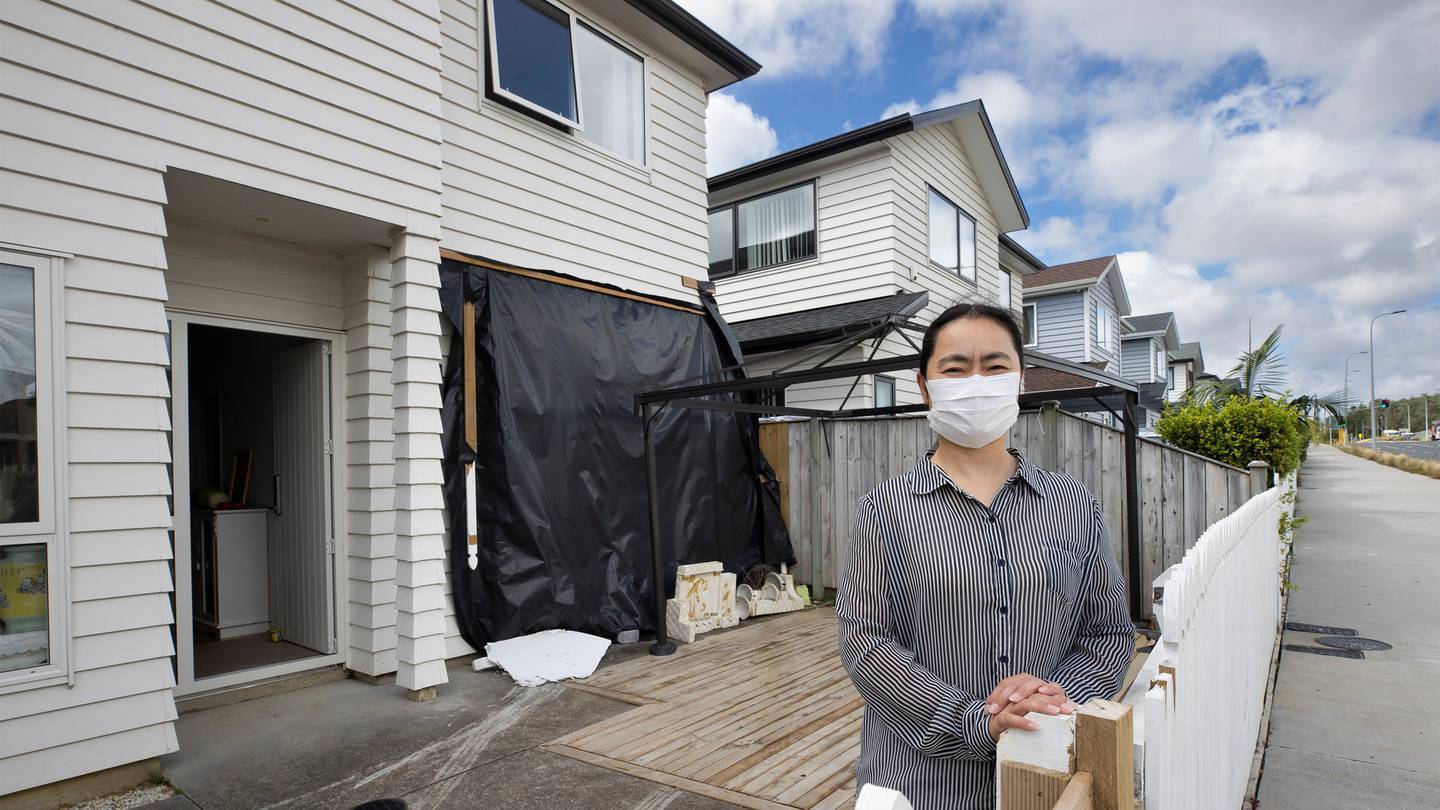 Since the crash on October 29 last year, Wang has been using a plastic sheet to cover the damaged part of the house. "For the past six months, we have had no gas for cooking, no hot water for showering and we do not feel safe at home."

The car driven by the teen driver ploughed through the fence before crashing into the ground floor bedroom.

The crash caused structural damage to the house and damaged the gas pipes, hot water system and internet fibre.

As part of the resolutions process, police facilitated a face to face meeting between Wang, the offender and his family.

"The meeting was useless, they did not even talk about how they can help to pay for the repair," Wang said. 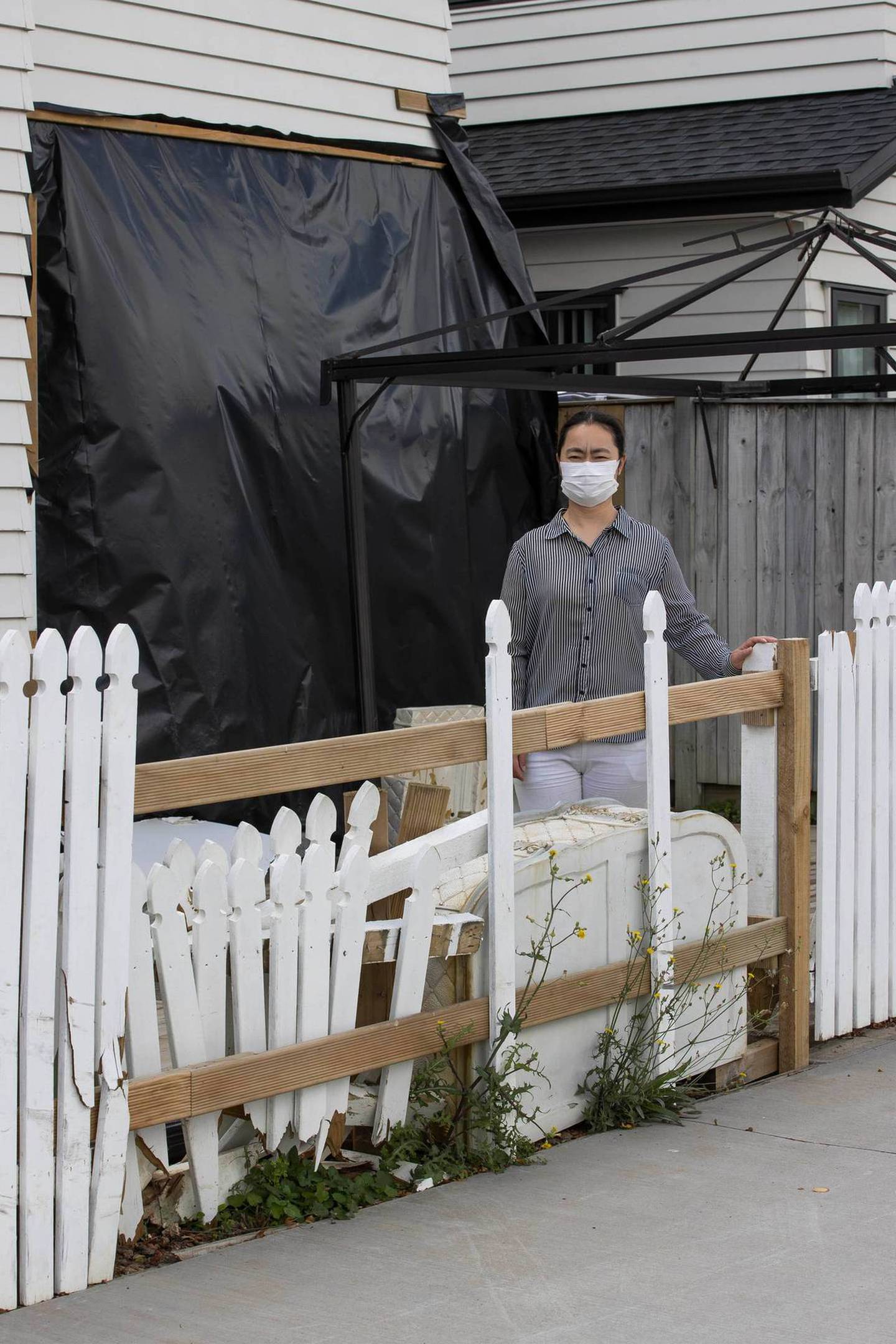 Jasmine Wang says her family have been without gas and hot water since the crash last October. Photo / Brett Phibbs

Wang does not have home insurance - her policy had lapsed - and she does not have the estimated $165,000 needed to fix the damages.

"Without insurance or compensation from the driver, we are unable to get the funds to repair the house and live normally," she said.

"Since the accident, the driver and his family ignored our attempts to reach out and negotiate until a meeting arranged by Oranga Tamariki. However, they said there is no insurance covering the vehicle (that the unlicensed driver drove) and they cannot afford to pay."

Wang, who makes a living selling items she imports from China and renting out rooms in her property, says the crash had also damaged her source of income.

"Without hot water and gas, I can't rent out the rooms. My family and I have been under immense financial, physical and emotional strain these last six months," she said.

"The cold months of winter are coming and we really just need to get the house repaired."

An AMI spokeswoman had earlier told the Herald that Wang took out a policy with the company in January 2018, which was due to renew on January 31 the following year.

However, despite repeated reminders and notices no payments were received and Wang was told on February 10, 2019, that she was no longer insured given her non-payment.

Originally from Chongqing, China, Wang said she was not proficient in English and did not understand the content of those notices.

"I assumed wrongly that because I have a mortgage, it means that the bank would have ensured that the house had insurance," she said.