An off-duty police officer says he was racially abused and threatened in front of his child outside an Auckland school.

It followed a separate, racist assault on a man of Chinese descent on the North Shore on Sunday.

The incidents prompted concerns from the victims that prejudice was increasing in their communities.

And while researchers say measuring racial attacks is notoriously difficult, there was evidence that some minorities were being targeted for harassment by disinformation groups.

The Herald approached the police officer about the incident, who agreed to speak on condition of anonymity because he wanted to highlight the impact of racism.

The father-of-two, who moved to New Zealand from India in 2011, said the incident occurred when he was picking up his 5-year-old son outside Papakura Central School on Monday afternoon.

Another parent swore at him for blocking her driver door with his car, and when he asked her to watch her language in front of his child she called him an "Indian piece of s***".

She then approached him and said "You black ****, go back where you came from" and made threats of violence against him. She later scraped his car with her key.

The father, who was not in police uniform at the time, said the abuse happened in full view of his son, other parents and teachers.

"I started crying because I thought this is not acceptable in front of my kids."

The police officer said the altercation lasted just a few minutes but it stuck with him for much longer. His son kept asking him over and over why the woman used the word "Indian" as an insult. He only slept a few hours that night.

His wife was afraid to drop off their son the next day. And his son, who was usually upbeat and full of life, did not want to go to school.

The father had laid a complaint with the school - which confirmed it was aware of the incident - and with police, because he wanted the woman charged with wilful damage. But most of all, he wanted New Zealanders to speak out against racism.

"I teach my son to speak up against bullying and racism. We won't just shut our mouths. And neither should other people."

The incident came after a New Zealand-Chinese man was randomly attacked outside a supermarket in Albany on Sunday morning.

The daughter of the man said she felt racial prejudice was increasing in their area. There was an "awful" increase in the willingness of people at her school to bully people based on their culture, she said.

Researchers said there was no clear evidence of a rise in racially motivated attacks in New Zealand, while also noting that it was difficult to collect data on such events.

Dr Sanjana Hattotuwa, a Research Fellow at The Disinformation Project, said that in his personal experience, recent migrants were often reluctant to speak out about discrimination against them, let alone report it.

"We don't share our stories and we internalise it," he said.

Hattotuwa said racism had always been part of New Zealand's history and was "nothing new".

But he added that there were broader concerns at this stage of the Covid pandemic that some minority groups were facing increased discrimination as a result of online disinformation.

He said the removal of vaccine mandates in March meant some disinformation groups had changed their focus to other targets - including LGBTQI and migrant communities.

While this was a concerning trend which was being observed worldwide, a direct link could not be made between the online hostility and incidents in the community - such as those in Albany and Papakura. 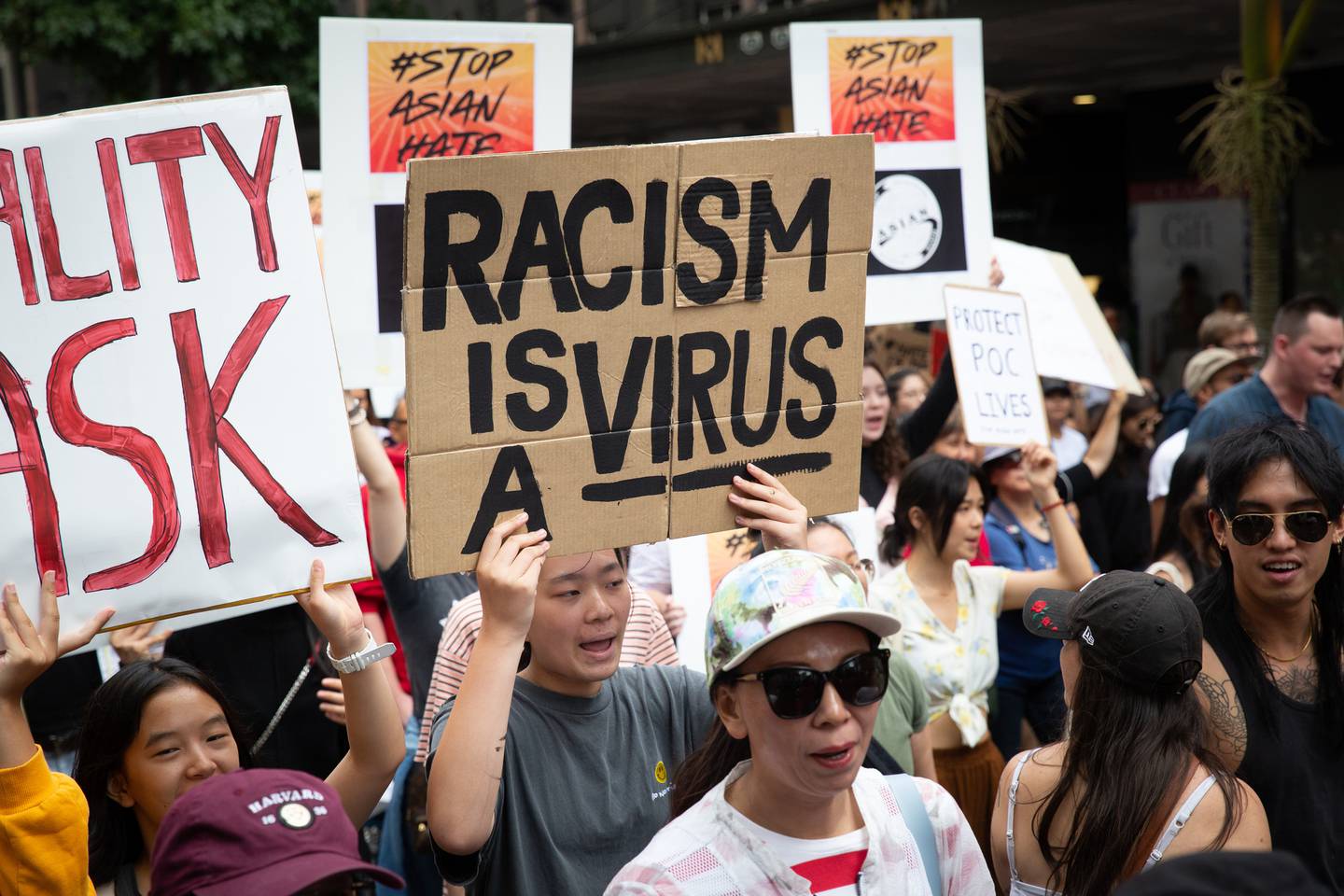 A protest against anti-Asian discrimination in Auckland last year. The protestors urged New Zealanders to speak up about racism in their communities. Photo / Sylvie Whinray

Massey University lecturer Liangli Sally Liu, who specialises in how migrants integrate in new communities, said New Zealanders of Asian descent reported that they faced discrimination and racist abuse in the early stages of the pandemic in 2020.

A study she led found just under a quarter (22.7 percent) of the 400 respondents said they had been discriminated against because of Covid-19, 32.4 per cent said others in their social groups experienced racism or discrimination and almost half (45.8 per cent) reported noticing racism and stigmatisation beyond their social circle.

New Zealanders of Chinese descent in particular felt targeted because people were scapegoating China for the outbreak of the virus.

Liu was hoping to carry out a follow-up study to investigate how this had changed in the later stages of the Covid-19 pandemic, in particular to measure the impact of other factors like lockdowns, mental illness rates, and cost of living problems.