After frantically waving her arms in the air and unsuccessfully yelling for help Gabi Mellar resigned herself to the fact she was about to drown.

"I just couldn't raise anybody and I couldn't do anything at all, I just had no strength," the 85-year-old told the Herald. "I gave up, I was prepared to die."

The Red Beach retiree had gone to Rarotonga with her friend John Hawcridge to escape the cold late in June when her near-death experience unfolded.

After travelling around the Island the pair decided to go for a swim at a sandy beach which looked more enticing that the rocky waters outside their hotel. They didn't realise it at the time but the tide was high and there was a strong current. 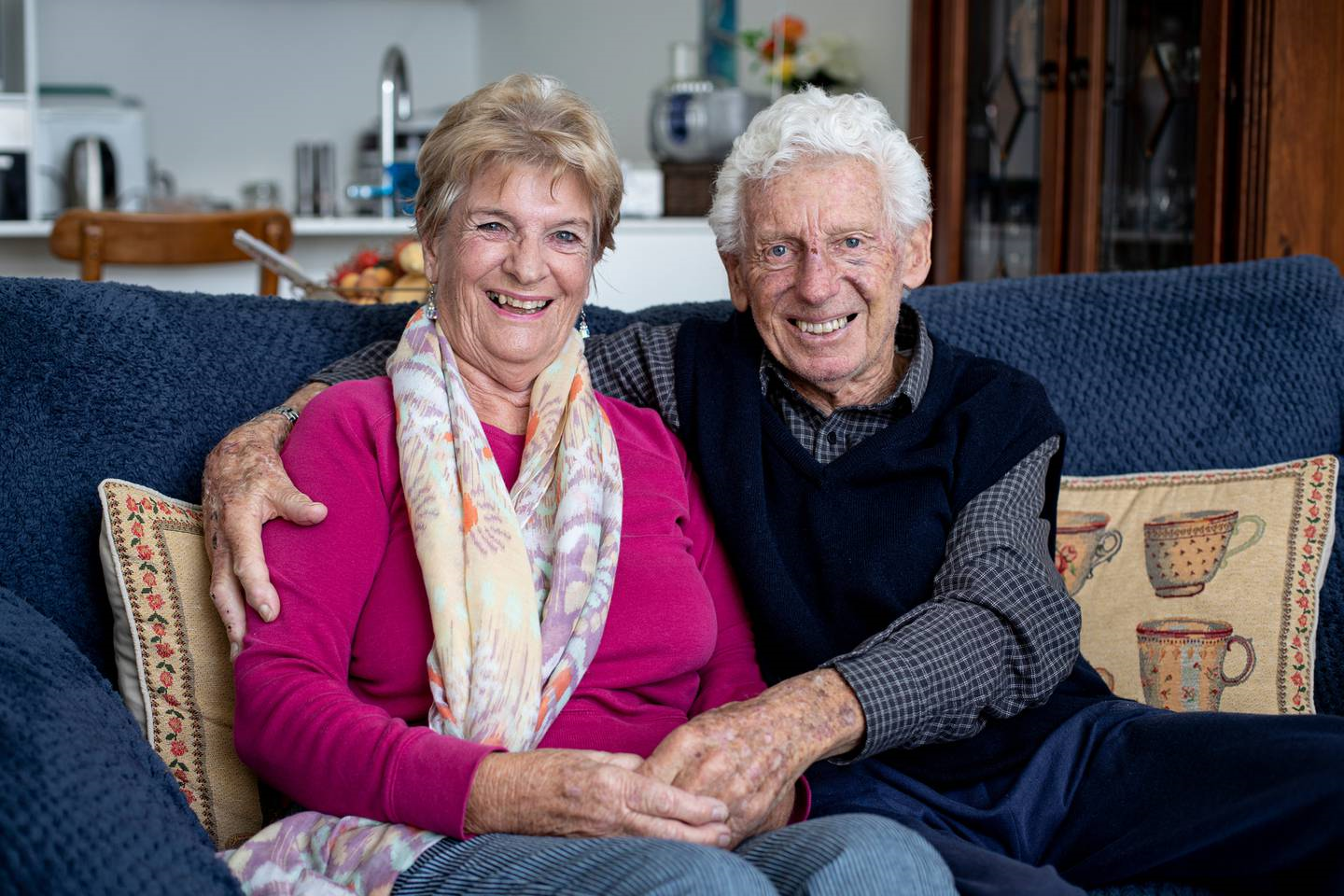 Gabriele Mellar was on holiday in Rarotonga with her friend John Hawcridge when she nearly drowned. (Photo / Dean Purcell)

When Hawcridge left the water Mellar, who has swum all her life, told him she wouldn't be far behind him – but while he was at the car getting changed she suddenly found herself in trouble and unable to touch the bottom.

"I just started to panic and my heart was beating really really fast. I screamed 'John, John, John' and I saw him going around the other side of the car and I thought 'that's it, I'm gone'."

Hawcridge said he saw Mellar from the car but didn't realise she was in trouble.

"She actually waved to me, I thought she was waving in a happy way so I waved back."

It was only about five minutes later when he headed back to the water with her towel that the 87-year-old realised his good friend was in real trouble.

"I looked around and there was a swimmer where Gabi had been but it wasn't her."

About 100-150m further down the beach he spotted her floating in the water about 40m out to sea.

"When I looked closely I could tell her head was under water and rushed along the beach and into the water. I saw my friend was drowning – she needed help."

Looking around Hawcridge saw a man nearby and started yelling for help.

"I really thought she had drowned.' 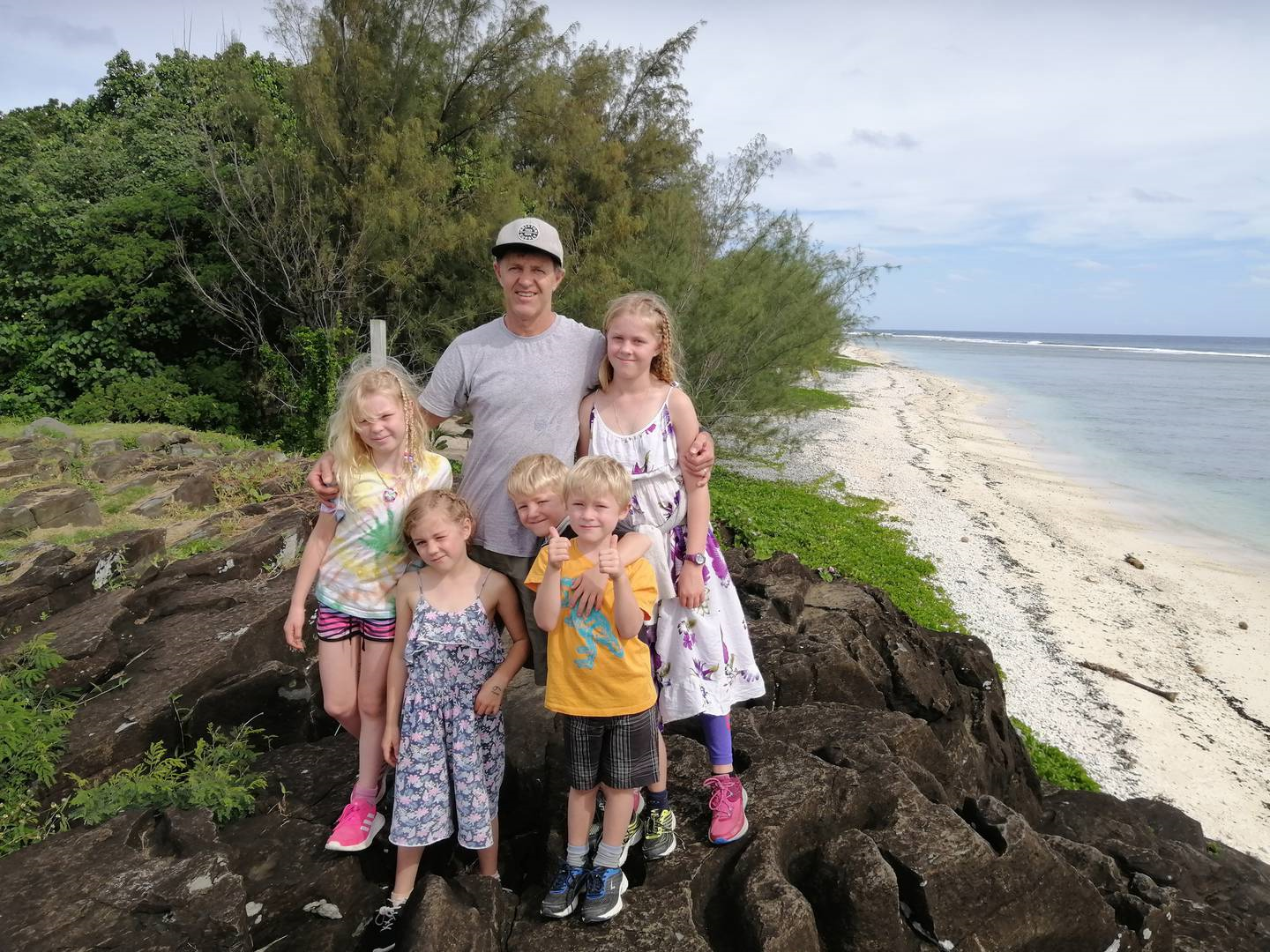 Glenn Muirhead was with his children on the beach in Rarotonga when he heard someone calling for help. (Photo / Supplied)

The man, Glenn Muirhead – a Kiwi physio who has worked with the Hurricanes, competed in several Coast to Coast races and represents NZ in the world kayaking champs – was playing with his children at the beach when he heard a snorkeller in the lagoon calling out.

"That's when I saw Gabi out in the water."

"She was on her back but floating under the water. It was quite a windy day so it was choppy and there was a strong current so she was just floating away."

When he got to her she was in bad shape.

"I'm a physio, I've seen a lot of drama and broken bones and people who are pretty crook - and I have seen people dead - and she certainly didn't looked good. She was blue and grey and she wasn't breathing, but she did have a pulse."

Once Muirhead got Mellar to shore her put her in the recovery position and after coughing up some seawater and blood she started breathing, albeit shallowly, again.

"She had swallowed a lot of water."

She was rushed to hospital where she spent five days trying to get her oxygen levels up enough for her to be able to fly home safely later on.

Both Mellar and Hawcridge are incredibly grateful to Muirhead for saving her life.

"Another minute and she'd be dead, it was just touch-and-go," said Hawcridge, who also lives in Red Beach.

Hawcridge said Muirhead went above and beyond, not just in the water but in taking care of his car while he travelled with Mellar in the ambulance and then the following day when he came to visit with his children in hospital. 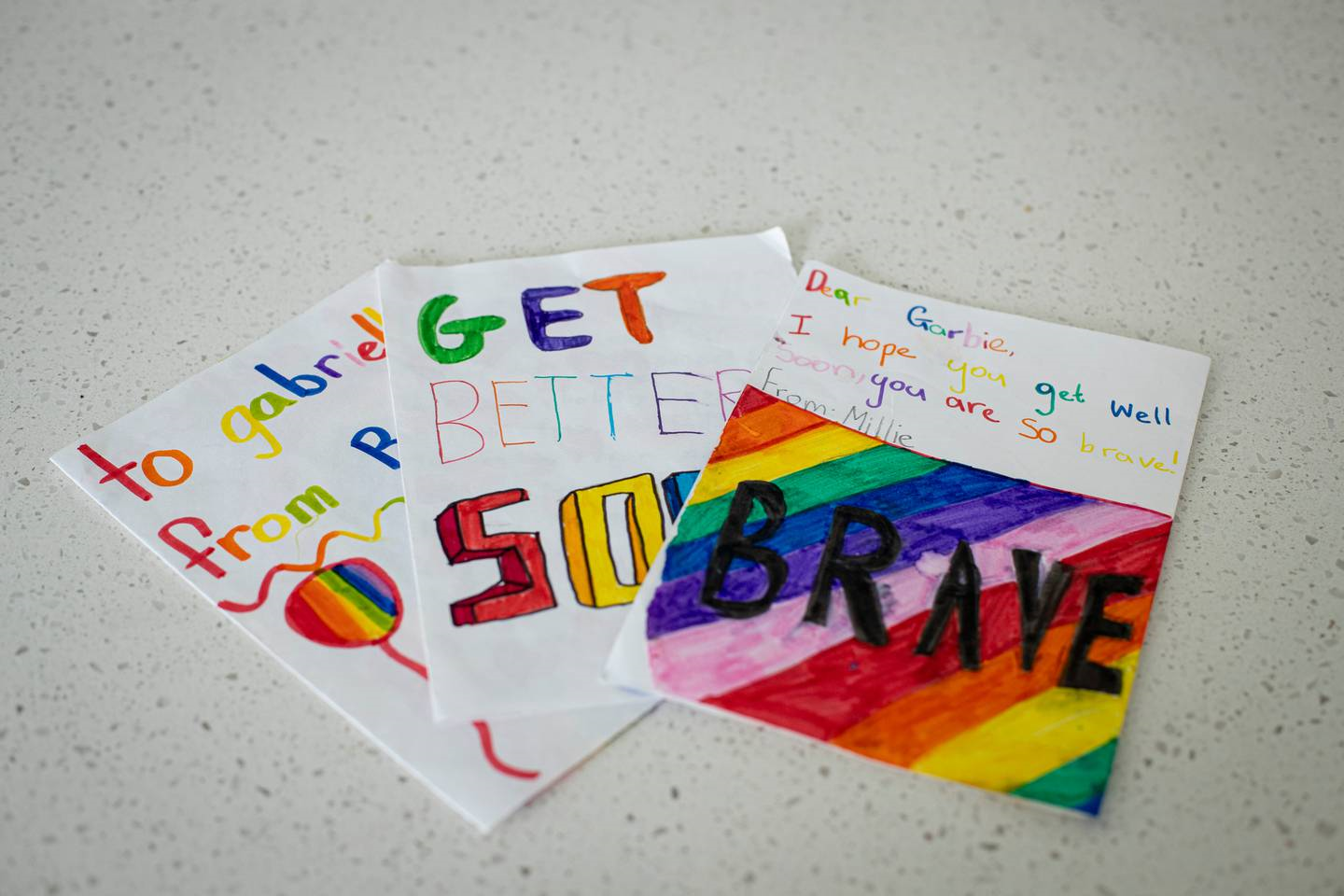 Glenn Muirhead's children made Gabriele Mellar cards after their dad saved her from drowning in Rarotonga. (Photo / Dean Purcell)

After accepting she was about to die Mellar says doesn't remember anything else – including Muirhead coming to her rescue - until she started coming to on the beach.

"I just remember a guy saying 'turn your head and open your eyes."

"He's a hero. He's a man who saved someone's life. That's something that's really really special. I just feel so grateful to him and can't even begin to describe it."

However, Muirhead is reluctant to take on the title of 'hero'.

"I was just in the right place at the right time and it was a privilege to help her at the end of the day." Gabriele Mellar thought she was going to die when she got into difficulty in the water while holidaying in Rarotonga. (Photo / Dean Purcell)