Primary school principals have imposed a six-week ban on working with the Ministry of Education unless they get a better pay rise.

Their union, the NZ Educational Institute, says they have voted in a secret online ballot to stop co-operation with the ministry from July 8 to August 16.

The union is meeting ministry head Iona Holsted this afternoon to discuss the principals' concerns that rank-and-file teachers have won bigger pay rises than them.

NZEI president Lynda Stuart said the vote reflected "the anger and concern principals have that longstanding wellbeing and workload issues haven't been addressed, and that parity with secondary principals was not offered".

"There is a huge range of ministry work and initiatives that relies on the goodwill of principals," she said.

"This action is about saying that goodwill has run out, and that principals will be focusing their attention on their schools and children until the Government listens."

"The latest offer would have seen some principals in our smaller schools paid less than some teachers in larger schools," she said.

"This would have a real impact on retaining and recruiting principals in rural areas and in small schools. Principals of our small and rural schools need to be valued - they deserve that and so do children."

The principal of tiny Te Mata School in Hawke's Bay, Michael Bain, has said the pay rise for rank-and-file teachers would make it much harder to fill principals' jobs in schools like his.

"Rural school principalship is not seen as a desirable pathway anymore. Rural principals are often on duty 24/7 and working in a small rural community they're often living in it," he said. 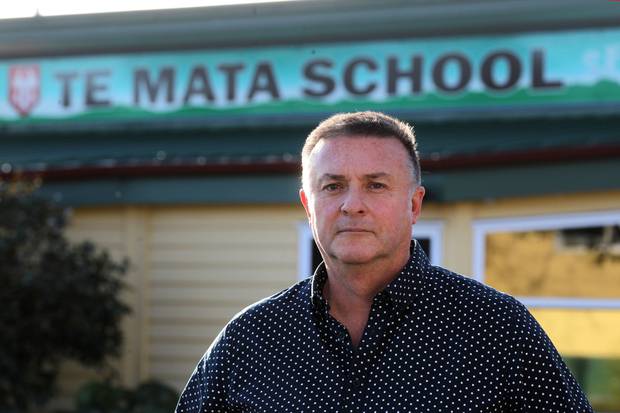 The ban will cover:

• Participation in any work group, taskforce, or panel which has as a member any employee of or contractor to the Ministry of Education.

• Preparation for or communication about any such work group, taskforce or panel.

• Receiving or reading any written report or evaluation prepared by or for the Ministry of Education.

• Collecting or collating information for the purpose of providing it to the Ministry of Education.

• Introducing or implementing of any new Ministry of Education initiative (including any implementation of the new digital curriculum).

• Meeting or dealing with any Ministry of Education staff member or contractor who visits a school (unless the person is invited by the school).

• Participation in Ministry of Education professional learning and development, whether online or face to face.

• Meetings or discussions with any employee of, or contractor to, the Ministry of Education.

Principals will also delay submitting their July 1 roll numbers until July 22. This date is before the August 16 end of the broader ban, reflecting the importance of the July 1 roll data to determine school funding.