A man who posted an epic haul of pounamu to social media asking about its potential value has been slammed for his "tragic" attempt to sell the taonga and sparked a fierce debate on the correct way to deal with the sacred stone.

"Greenstone, what's it worth and where can you sell it? Got it from my grandmother who once did carving," he wrote, posting photo show tubs full of the sought-after rock.

Many people urged him to contact his iwi and criticised him for not following tikanga in his attempt to sell it.

"Man I would keep it, that's precious stuff, gift it to some of your whanau. That's like passing down a bit of your grandma," said one woman. The impressive haul drew a large response when the photos were posted online. (Photo / Facebook)

The poster countered some of the criticism by saying "So guys I'm not Maori, ain't got no iwi," before adding: "My grandma was gonna throw it out, please no hate".

Some suggested that he would bring bad luck on himself if he persisted in selling the material and others warned that he should look into where it was gathered and whether Ngai Tahu would have rights over it. 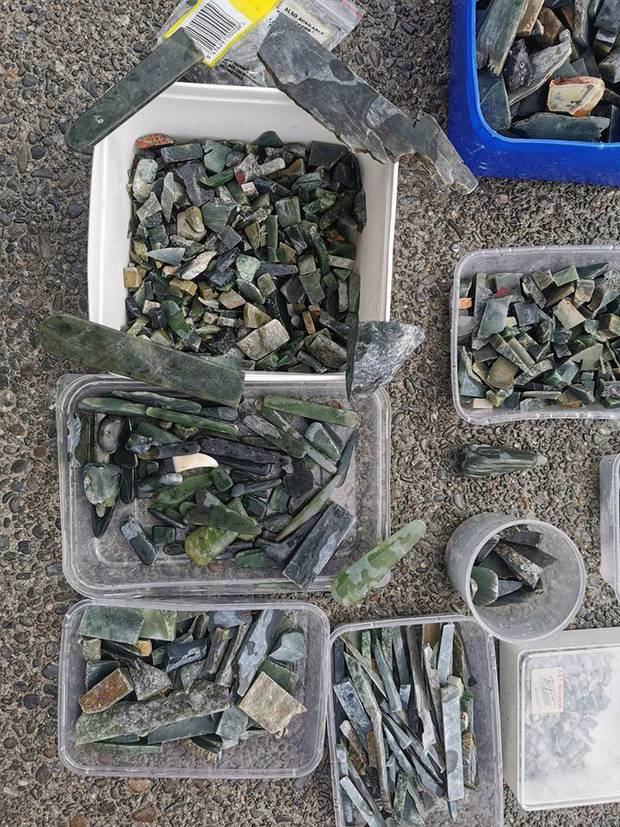 Sculptor Terence Turner (Tainui) entered the debate to offer some advice to the seller: "First of all this was probably all collected before Kai Tahu Treaty settlement so no drama with selling.

"Trouble is it's mostly offcuts that we all end up with buckets of and have no idea what to do with.

"There are a few carvers and jewellers out there that would be into it at the right price but impossible to determine what it's worth without seeing it in person."

One man took a different approach, telling the man that there was another option: "If this was a Disney movie," he wrote, "you'd learn to carve and become awesome at it. Try it."