The Russian gun and Nazi "fanatic" who died after a police stand-off in Christchurch "supported the actions" of the alleged mosque terror attacker, according to police.

Armed police raided the home of 54-year-old Artemiy Vldimirovich Dubovsky, also known as Troy Dubovskiy, last Tuesday after a tip-off from the public.

Dubovskiy, who had spent time in jail for a violent home invasion where he put a replica German WW2 Luger pistol to a man's head, died after a three-hour stand-off with police last Wednesday.

Today, police confirmed that Dubovskiy first landed on the police radar after "some concerning emails" that he sent and included reference to the Christchurch terror attacks.

"Based on the nature of the items located during the search warrant, the nature of what he said to police during the negotiation and subsequent enquires, police are of the view that Mr Dubovskiy did pose a significant threat to the community," Canterbury District Commander Superintendent John Price said this afternoon.

"This remains an ongoing investigation. Based on inquiries to date it is clear that Mr Dubovskiy supported the actions of the man charged with murder in relation to the Christchurch terror attacks, however no connection has been established between the two."

Price said police appreciated that Dubovskiy's family and friends are grieving his loss and offered our sympathy to them.

Search warrants were executed on three properties that Dubovskiy, who arrived in New Zealand in 1997, lived at or had access to.

"A number of items of concern were located at these properties including firearms, ammunition and violent extremist content," Price said.

Dubovskiy never returned to his St Martins home after work the day it was raided by police. 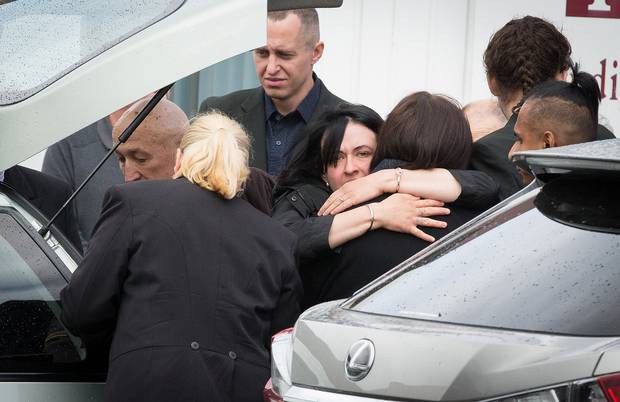 The 54-year-old welder was found inside his parked silver Mitsubishi Pajero in a cul-de-sac in the Richmond area of the city at around 12.30pm that night.

At about 3.40am, after a prolonged stand-off, officers approached the vehicle and found Dubovskiy critically injured with what appeared to be stab wounds. A knife was located in the vehicle, but no firearms.

Immediate first aid was given but Dubovskiy died at the scene.

"Police staff who dealt with Mr Dubovskiy during the incident that resulted in his death were aware of the items located during the warrants and the threat he posed," Price said today.

"Mr Dubovskiy was forcibly extracted from the vehicle and taken along the ground back to a point of safety.

"During this extraction process, Mr Dubovskiy received a dog bite and abrasions to his face. Police believe that this was the cause of any bruising to his face."

The police actions in dealing with Dubovskiy are subject to a separate IPCA investigation however Price said the preliminary view is that police staff acted in a "well-considered, courageous and brave manner in a potentially high threat situation".

"They did their utmost to resolve the situation peacefully and provided first aid immediately upon observing his injuries," he said.

"I commend my staff for their actions and commitment to keeping the community safe as they attempted to resolve the situation peacefully. This outcome was one no-one wanted."

Dubovskiy's father Vlad Dubovskiy and mother Inna Georgiyevna spoke of their devastation ahead of him being laid to rest in Christchurch yesterday.

They said they still didn't know what happened to their son or why police were suddenly interested in him. 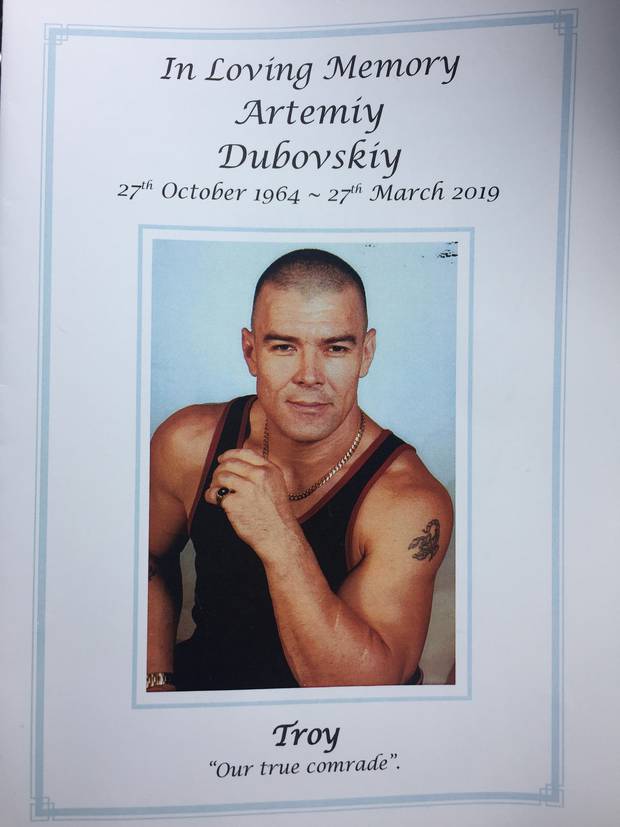 "I realise that police, after this terrorist attack, was worried about weapons with any people. I can understand it," Vlad Dubovskiy told the Herald.

"But … there was no reason or intention to use these weapons for a terrorist attack, there was nothing, nothing. Our life is now completely broken."

Vlad, an engineer, moved to New Zealand in 1997 and his son Troy followed him a few months later.

He denied that his son had been in the Soviet Army. Earlier claims by his son's friends that Dubovskiy had served in the Russian special forces and had fought in Afghanistan and Chechnya were incorrect, he said.

Dubovskiy was chief of security at a Russian bank before he left his homeland, his father said.
But he admitted that his son was "fanatical" about firearms and military history, particularly Second World War memorabilia. He wasn't aware if his son had any ammunition for the weapons.

He had a "private" collection of Nazi things in his St Martins home, Vlad said.
"Before fascism, it was the National Socialist Party and it was different to fascism. And my son was a collector … German people were attractive to him. There is nothing illegal about that," he said.

"I don't know what police were worried about. [Troy] never gave any indication or reason to use these weapons. He never shoot [sic] these weapons. They were just his collection.
Before the family moved to New Zealand, they had lived and worked in the Crimea and Uzbekistan "where a lot of Muslims lived".

"There was never any conflict, nothing. It was just normal relationships. There was never any differences between people. In Soviet people, all people, all religions, all people are friendly to each other. So for us, it's normal," Vlad said.
At the age of 35, Dubovskiy was found guilty by a jury at Christchurch District Court of aggravated burglary and unlawful possession of an imitation firearm.

He was sentenced to four years' imprisonment.

When the pair returned to their home on October 22, 1999 they noticed signs of an intruder. 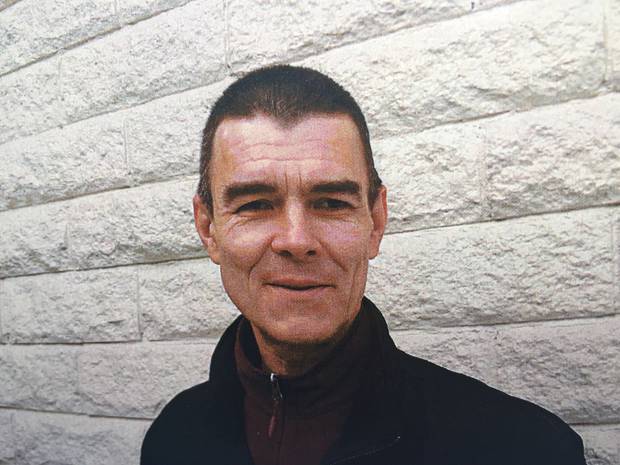 An armed and balaclava-clad Dubovskiy then confronted the Russians.

Dubovskiy pointed a replica Luger, a German pistol well-known for its use during World War II, at the man's head.

Believing the pistol to be real, the man grappled with Dubovskiy for the gun before escaping with his wife.

The AOS was alerted but it was not until two days later that Dubovskiy surrendered himself to police with the assistance of a friend and his father.

In his statement to police, Dubovskiy admitted he was the intruder but said he could not recall many aspects of the incident because he was drunk.

Dubovskiy has several other convictions, including firearms offences and assaulting a police officer, and was on bail at the time of the home invasion.

His last offence was in June 2013, the Herald understands.