The desperate grief of two parents who had just switched off life support for their 2-year-old son was brutally compounded when police demanded the child's body in a distressing legal bungle.

Police now admit they got it wrong, saying "this was and is an incredibly difficult time for the family of the child", but they are refusing to apologise for the blunder.

A police investigation is under way into the unexplained death of Deajay Parkinson-Batt, who was rushed to Palmerston North Hospital on June 1, admitted to ICU and put on life support.

The toddler, who had been in the care of Oranga Tamariki, died early the next morning surrounded by family.

The cause of his death remains unknown and the Herald understands an autopsy was "inconclusive".

But the child's parents, Talia Parkinson, 23, and Dion Junior Batt, 24, say a doctor told them their "baby boy" had suffered a severe brain injury.

The distraught couple are now desperate for answers about what happened to their beloved son.

"He was the most good boy ever, never cried, he wasn't too fussy, real bright and playful," Parkinson told the Herald.

"We're his parents. We feel there's something not right about this. He was laughing the day he died. He was happy, he was running like a normal kid.

"I don't even know anything [about how Deajay died] and I need to know. It's taking too long."

The toddler was taken into the care of Oranga Tamariki in June 2018.

After discussions with the family, Deajay was placed in the care of a wider family member.

Speaking through tears, Parkinson told the Herald she last saw her son alive two months ago.

On the day he was hospitalised, Deajay had spent time with Parkinson's parents before returning to his caregiver, Parkinson said. 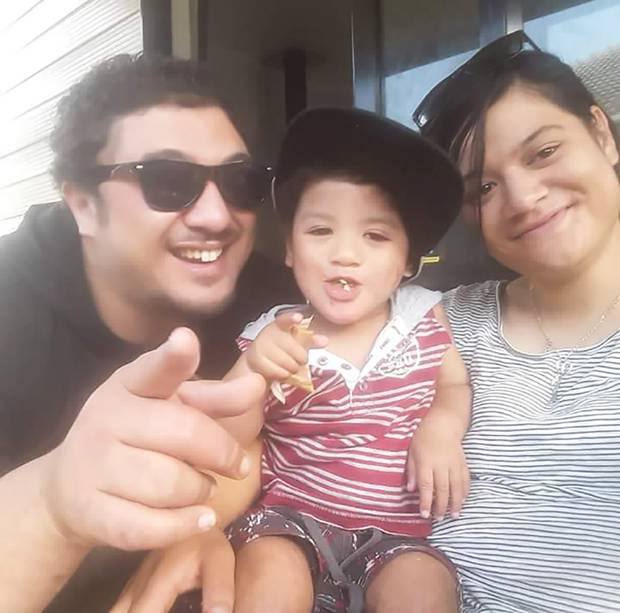 Dion Junior Batt and Talia Parkinson with their son Deajay, who died while in Oranga Tamariki care. Photo / Supplied

Late that night, she and Batt received a text from a family member saying Deajay was fighting for his life in Palmerston North Hospital.

Parkinson said they drove to the hospital but a receptionist refused to let them see their son, citing Covid-19 visitor restrictions. The receptionist told them Deajay was fine and that they should return the next day, Parkinson said.

After arriving home they received another text telling them to return immediately to the hospital, where Parkinson's mother let them up to ICU.

"I just had this feeling, like I already knew," Parkinson said.

"He was in bed on life support. No one would say anything. I told everyone to just pray.

"After a couple of minutes the doctor said, 'He has a severe brain injury', then, 'He's not there anymore'. After that I just started crying.

"Dion was saying, 'Darling, we need to turn [life support] off. He's sore'.

"We just said our last words and he smiled at both of us. His eyes went all watery and I know he was crying."

As the police launched an investigation into the death, Deajay's grief-stricken parents contacted a funeral home to prepare their son for his tangi.

After the autopsy, the Coroner released Deajay's body to the funeral director. The body was transported to the funeral home where Parkinson and Batt visited to discuss tangi preparations.

But as the parents met the funeral director, two police officers arrived demanding Deajay's body, which they planned to return to his caregiver.

A source told the Herald that police "got it bloody wrong" - mistakenly believing the caregiver had legal ownership of the body.

After the funeral director explained that the birth parents had legal ownership - even if Deajay had been in state care - the officers realised their mistake and left empty handed.

Parkinson said the police action had compounded their suffering.

"They tried to take him back off us. I know my son loved [the caregiver] but they just had no respect for us. It's not right what's happened.

Deajay was farewelled last weekend at a tangi in Wairarapa and buried at an urupā in Gladstone.

Batt told the Herald the past fortnight had been horrific. The family wanted answers from police and felt they had been mistreated by Oranga Tamariki. 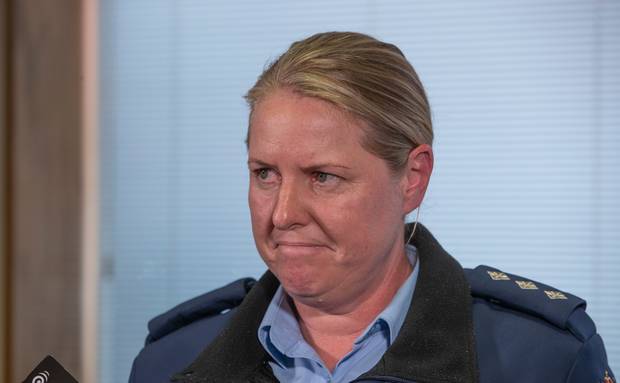 Two police staff visited the funeral home after learning the biological parents had arranged to transport the body there for tangi preparations, Stewart said.

"It was our understanding, at that time, that the funeral/tangi arrangements were the responsibility of the child's legal carer.

"While at the funeral home, police sought clarification to establish who had the legal authority to arrange the funeral.

"As a result, it was determined the biological parents did have this authority and an amicable arrangement was made with all parties, including the legal caregiver.

"We acknowledge that our initial understanding of the circumstances was incorrect.

"We appreciate that the death of such a young child has been extremely distressing for his whanau and others involved."

When pushed if police would offer an apology to the family, Stewart said: "Police have spoken with them on a number of occasions."

"While we understand their need for answers, there is still an active police investigation under way."

Oranga Tamariki staff were not present at the funeral home but provided advice "that following the death of the child the custody orders that were in place ceased to apply, and therefore the biological parents had the authority to arrange the funeral".

MidCentral DHB chief Kathryn Cook would not comment on specific details but offered sympathy to the whānau.

When Deajay was admitted, the priority was to ensure clinicians could care for the child as staff worked to ascertain the legal guardianship and family situation, she said.

Once this was clarified "we supported the parents in being with their child".

"We expect to offer the highest possible standard of care and support at MidCentral DHB, and we are committed to ensuring we address any possible shortcomings in our processes."

Police Minister Stuart Nash would not comment on the actions of individual officers.

He said the death of a child was terribly distressing for everyone involved, including officers who dealt with bereaved families.

"Police values include treating people with empathy and respect and officers work to reflect these every day."

Deajay's death has been referred to the Coroner.