To commemorate the 69th anniversary, the Nepalese community will this year be holding six "Everest Day" events across the country over the May 28–31 weekend.

But what they really want is for the anniversary to be officially recognised as a key event on the Government calendar – and they have the full backing of Sir Edmund's son, Peter Hillary.

"In many ways, on the 29th of May 1953, when my father and Tenzing reached the summit of Everest, they not only put Nepal on the map, they put New Zealand on the map," he said. 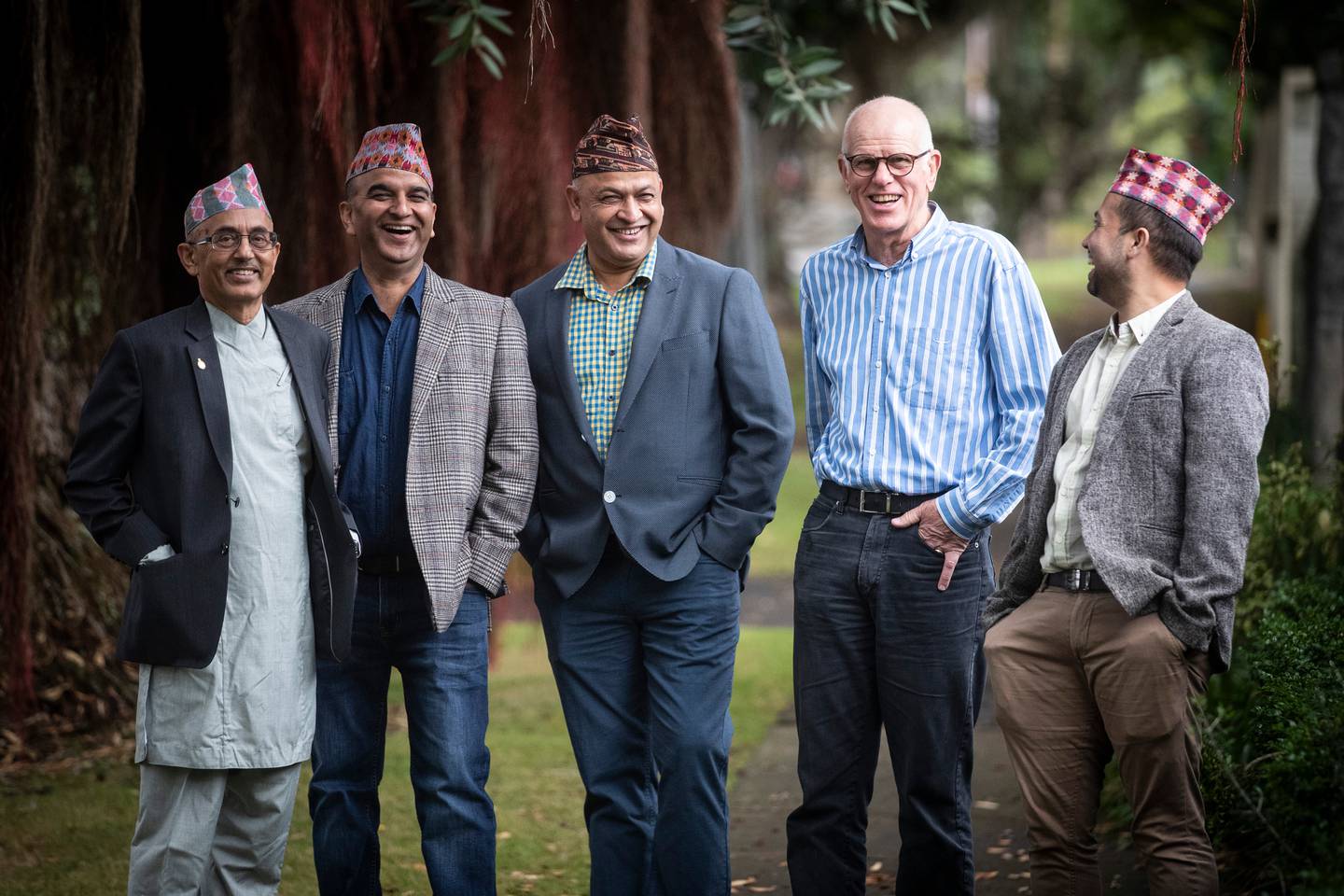 "I mean New Zealand was just this little outlier of the British empire back in those days, and suddenly people are going 'where's this guy from?'. It's two small countries who really became known from that time."

Hillary, who is chair of the Himalayan Trust set up by his father, said the feat continues to inspire millions even after nearly seven decades,

He said officially recognising Everest Day would be a "great way to honour this great New Zealand-Nepal partnership".

"What the day celebrates is the strong bond and partnership that started with two people, and their great achievement that united two countries," he said. 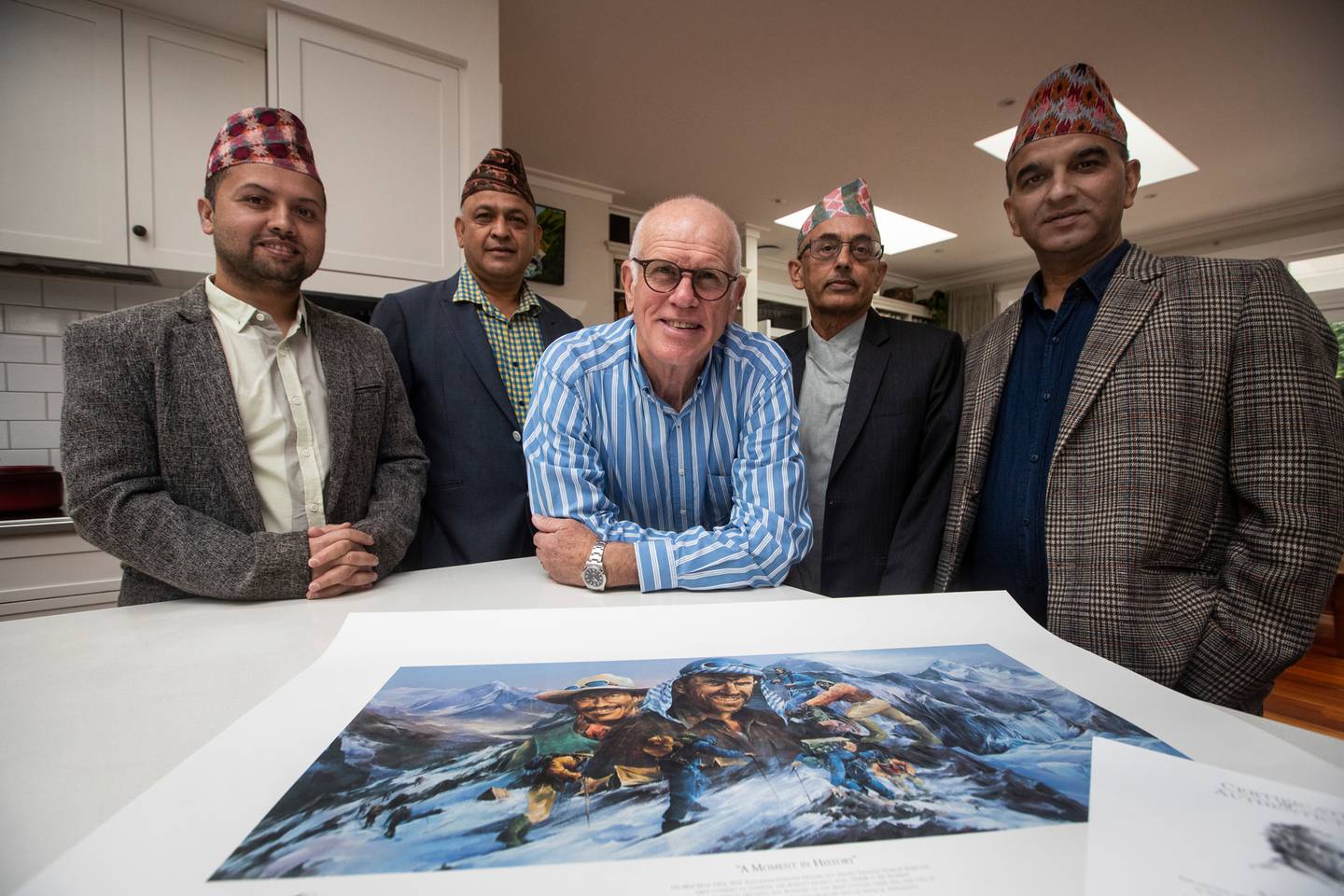 This year's Everest Day is organised by the Non-Resident Nepali Association New Zealand together with Nepali diaspora organisations and the Himalayan Trust will be held in Auckland, Hamilton, Christchurch, Wellington, Bay of Plenty and Invercargill.

Dinesh Khadka, event co-organiser and president of the NZ Nepal Chamber of Commerce, said he expected more than 1500 to be attending the events across the six cities.

"Sir Edmund never forgot the Nepalese people after he climbed Everest, he set up the Himalayan Trust to help provide education, health and awareness to the sherpas," Khadka said.

"It's a shame that for so many years in New Zealand, Everest Day is just observed by the Nepalese community and not many others." 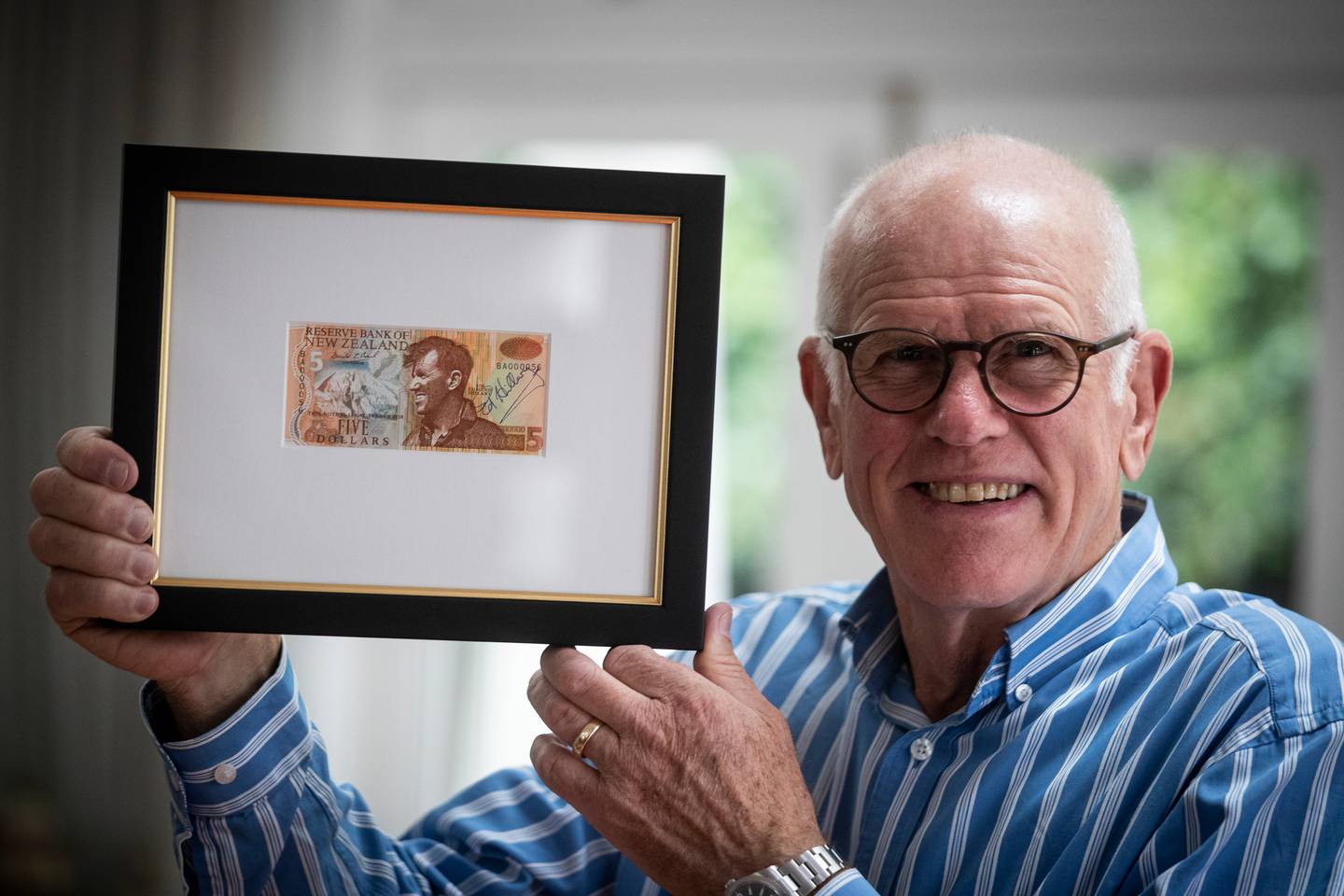 Peter Hillary with a signed $5 note signed by his father going up for auction. Photo / Jason Oxenham

Khadka said the community will be pushing for an official recognition by the Government, and are planning to hold events overseas in Kathmandu, London, New York and New Delhi to commemorate the 70th anniversary next year.

"This is a New Zealand achievement we should be proud of, and we should be celebrating it as a nation and take it internationally," he said.

Two fundraising campaigns have been launched by the Himalayan Trust to raise $150,000 to fund school projects in Nepal.

The second is a campaigned called "Give a Fiver for Ed" where donations of $5 notes can be donated to the Himalayan Trust.