The founder of New Zealand's first shelter for animals affected by domestic violence is "thrilled" with the support from the community - including more than $118,874 in donation pledges.

It is hoped Pet Refuge will open its doors to animals in April next year and will safely house animals while victims of domestic violence leave their abusers.

New Zealand has the worst reported rate of domestic violence in the developed world and new Women's Refuge survey-based research has revealed that the abuse is not just between humans in these dangerous relationships.

Animals are routinely beaten, tortured, threatened and killed by abusers in a bid to exert dominance and power, to demonstrate force, to manipulate, to induce compliance.

The Family Violence and Animal Abuse Survey 2018, shared exclusively with the Herald on Monday as part of a three-day series on the issue, aimed to explore victims' experiences of the abuse of their pets and how that influenced their attempts at leaving violent homes.

In a survey of almost 1000 domestic violence victims who had experienced a partner abusing or threatening a pet, the research showed 53 per cent of them delayed leaving the relationship because they feared what would happen to animals left behind.

As well 41 per cent said they or their children had been made to watch their pet being harmed by their partner.

She hoped the new shelter would remove that barrier for some people, enabling them to get to safety and start new violence-free lives.

Chapman and her family purchased the land for the shelter and with help from the Lindsay Foundation, will construct the building. 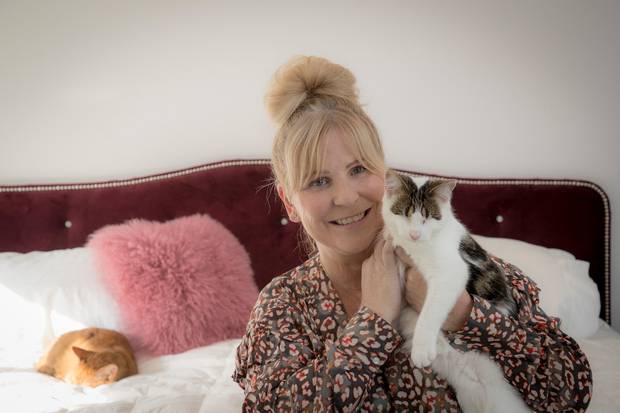 However $250,000 is needed to fit the shelter out with enclosures, bedding, play areas, toys and medical facilities.

Chapman called on Kiwis to donate and within the first four days more than $118,874 had been pledged via a Pledge Me fundraising page.
"I am thrilled at the way people have got in behind our campaign," said Chapman.

"To be at $118,874 in four days is incredible and shows New Zealanders really care about the issue of pets being abused as part of family violence."

Almost 1000 people have pldedged donations to the cause, many leaving comments on the Pledge Me page.

"A great cause, I am all for this. Just like humans, animals deserve a safe haven too," said one woman.

"An absolutely wonderful happening. Congratulations Julie Chapman for helping not only womens refuge but all the beloved pets as well," another posted.

A third said: "A wonderful initiative. My vision would be to see these established in each region in New Zealand."

Pet Refuge will provide a temporary safe haven for pets, while their owners escape abuse. They need your help.

To donate to the shelter build visit: http://pldg.me/petrefuge