The alleged gunman who forced five Auckland schools into lockdown is still on the loose.

Police have not made any arrests following an hours-long police standoff in the North Shore neighbourhood of Belmont on Thursday afternoon.

Reports of an armed man plunged Belmont Intermediate, Bayswater School, Takapuna Grammar, Northcote Intermediate and Belmont Primary into lockdown for about 40 minutes as a precaution while police hunted for the man.

Armed police were on Bardia St in Belmont, using a megaphone to encourage the people inside the home to come out, urging them to "hurry up".

At least eight police cars, including a dog squad, were at the scene for more than 90 minutes. Armed officers could be seen crouching behind vehicles for cover. Police officers were communicating with the house occupants, saying "this is the armed police", "we're surrounding the house", "come to the front door with nothing in your hands".

A police statement on Thursday afternoon confirmed enquiries were ongoing and no arrests had been made yet.

"We have searched the house and have since left the area," the statement read. 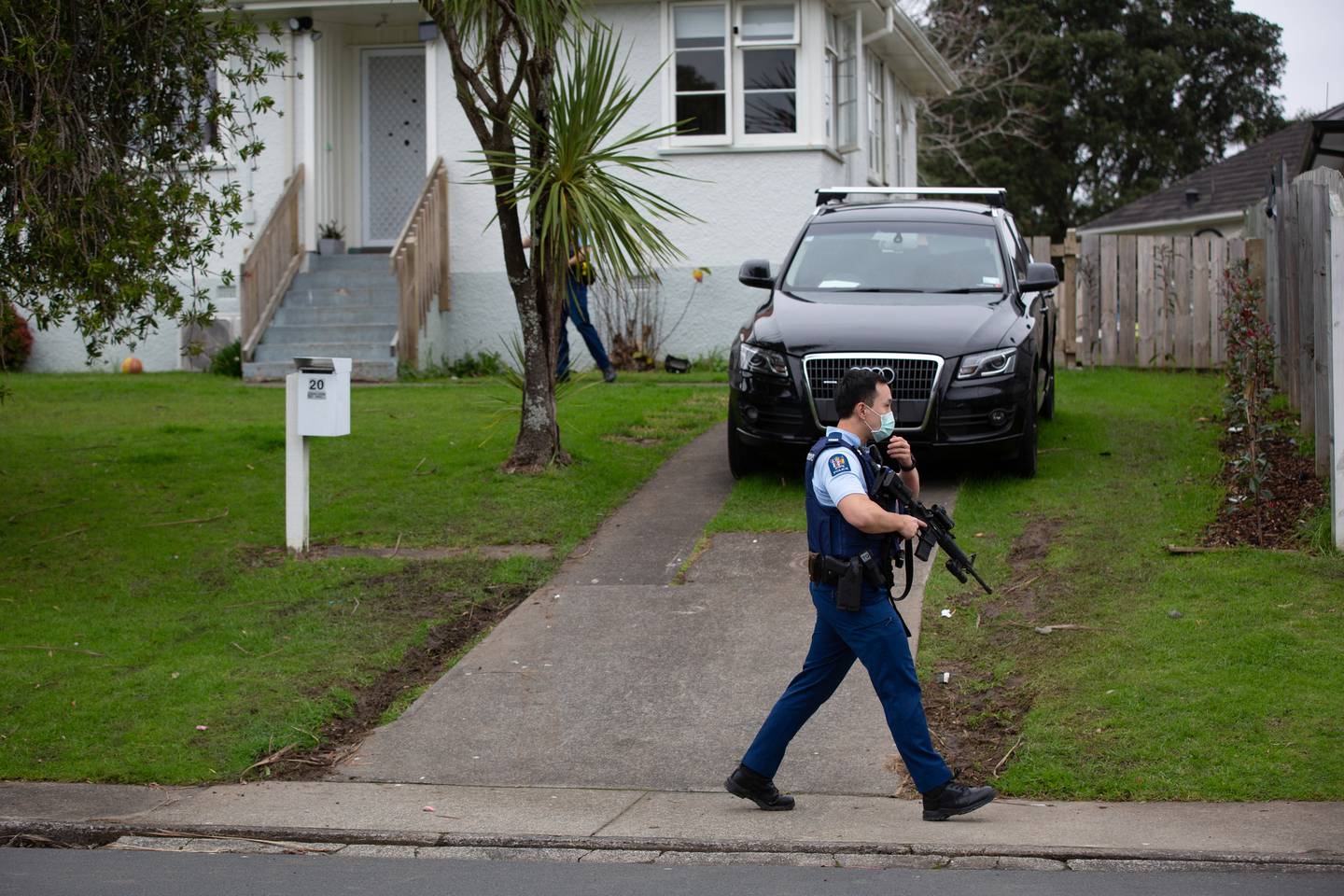 "There is no immediate threat to the public in regards to this incident."

The NZ Herald has contacted the police for comment.