Auckland is bracing for one of its worst downpours in years, as the North Island prepares for a tumultuous day of thunderstorms and 100km/h wind gusts.

The North Island is under a swathe of heavy rain warnings and watches, stretching from Taranaki across to Coromandel Peninsula.

Some mountainous regions have been warned to prepare for a staggering 180mm deluge across the day.

Rain has fallen overnight but it's the coming hours that have authorities on alert, with Aucklanders being warned to prepare for power cuts ahead of predictions the region could see 25mm of rain in an hour - something that hasn't been recorded in three years.

Most of the upper half of the North Island is under the threat of thunderstorms, with Auckland to Taranaki expected to bare the brunt of the volatile weather.

MetService is warning strong winds and heavy rain today could cause trees to topple onto powerlines and result in power cuts.

The forecaster said localised downpours of 40mm in a single hour were possible in squally thunderstorms due to hit this afternoon, with a threat of powerful 100km/h gusts.

Those outdoors are being told to watch for flash flooding and slips, and hazardous driving conditions.

There are heavy rain warnings in place for the Bay of Plenty and Taranaki north of Eltham, with between 80 and 100mm of rainfall expected to accumulate in the inland areas from 1am to 7pm on Wednesday.

There are also heavy rain watches are in place for the Coromandel Peninsula, Waikato, the Ruahine and Tararua Range, Kaikoura coast and ranges and Takaka Hill and the Arthur Range. 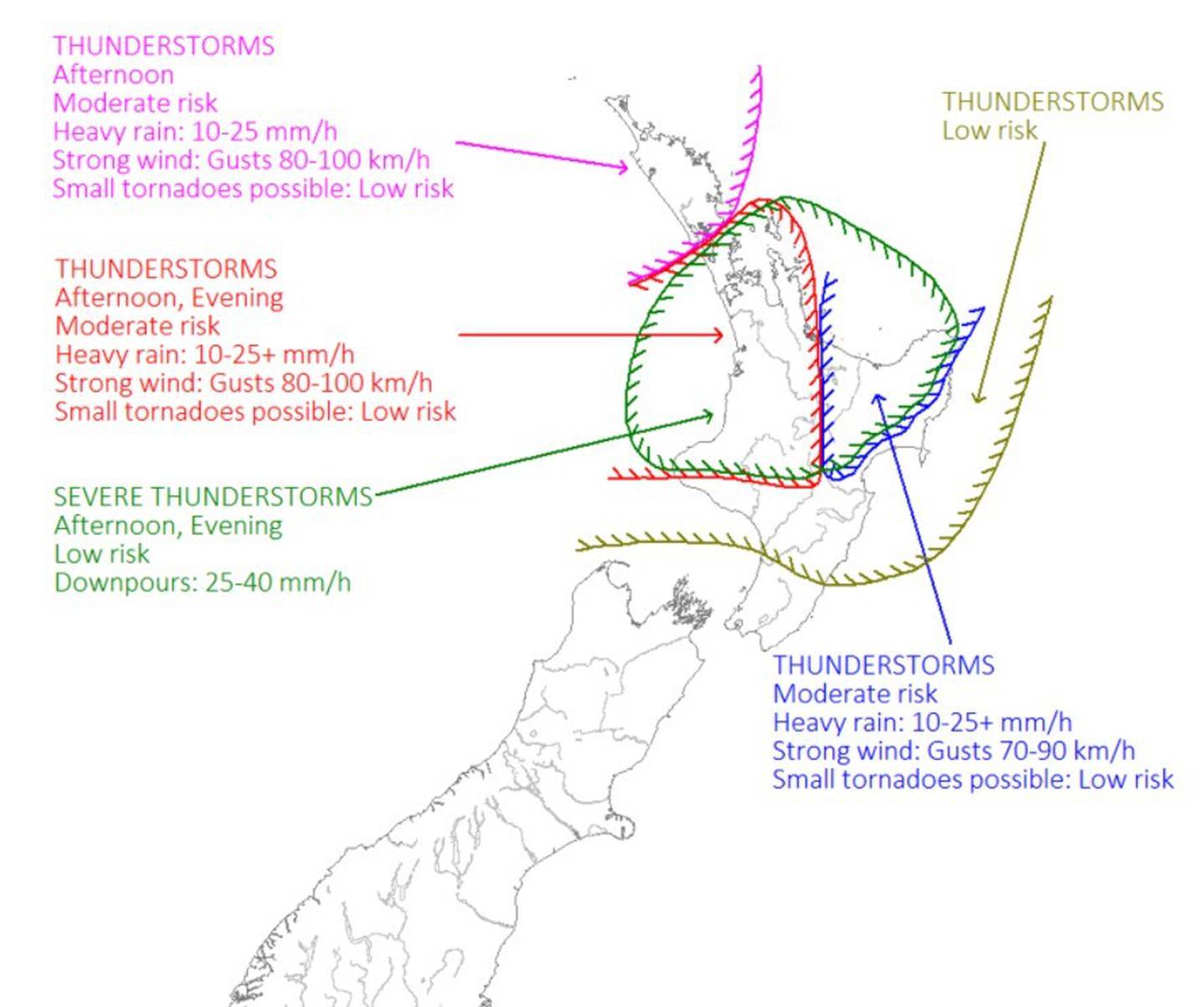 The upper half of the North Island is being warned to prepare for a stormy day. Image / MetService

MetService meteorologist Aidan Pysleman said there would be heavy rain in Auckland today and a risk of thunderstorms for the top part of the North Island.

There was also expected to be up to 25mm of rainfall in one hour, which would be the biggest fall since April 2017.