A new image shows the tiny clearing where two missing trampers were spotted among a blanket of thick bush after signalling a rescue chopper with fire.

Police have praised the efforts of those searching for the trampers missing in Kahurangi National Park, including the chopper crew who managed to spot the pair in a 3m window.

Jessica O'Connor and Dion Reynolds, both 23, entered the bush on May 9 and were not seen for another 19 days. 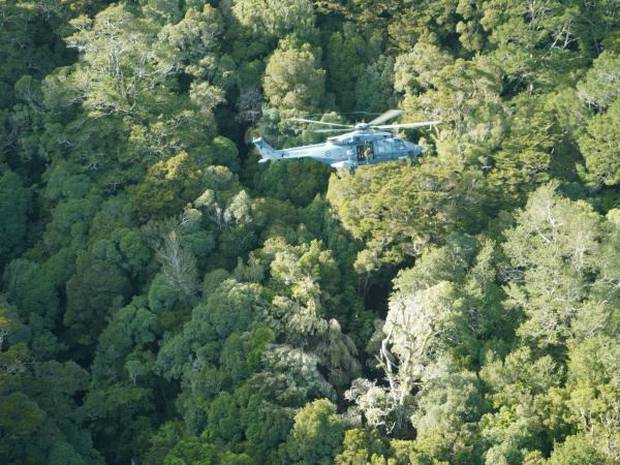 The chopper crew who managed to spot the pair in a small three metre clearing. (Photo / Supplied) 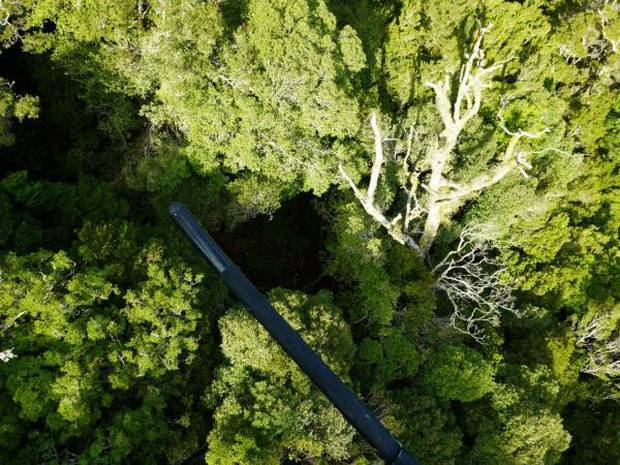 The small clearing as it first appeared to helicopter crews. (Photo / Supplied) 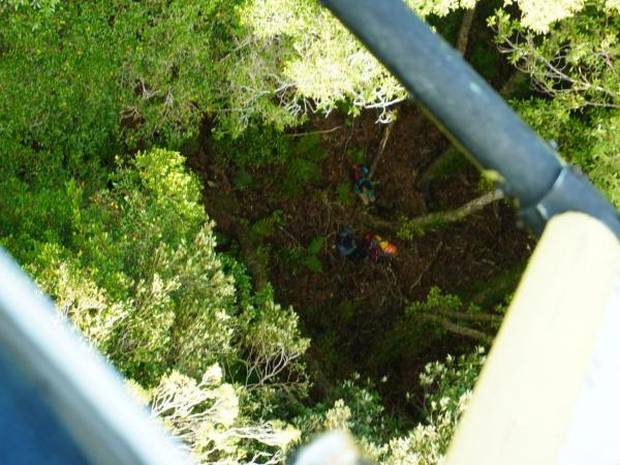 Jessica O'Connor and Dion Reynolds when they were spotted yesterday, when a Defence helicopter saw smoke from a fire they'd made and swooped down to winch them aboard. (Photo / Supplied)

They were finally winched to safety yesterday, when a Defence helicopter spotted smoke from a fired they'd made and swooped down to winch them aboard.

Police have praised the extensive efforts of the more than 50-strong search party that brought the two home.

Nelson Bays Area Commander Inspector Paul Borrell said it was "an outstanding effort from a huge range of people and resources, and I can't thank everybody enough."

"The assistance of our colleagues at NZ Defence Force was invaluable, with their NH90 helicopter proving an essential tool in the search, complementing work done by other helicopters and ground crews."

The crew of over 50 people involved in the search were made up of police staff, NZDF, Fire and Emergency NZ, Department of Conservation's Aoraki/Mount Cook Search and Rescue team, the volunteers of LandSAR NZ, as well as other volunteers.

The 13 searchers and three dogs who remained in the area overnight were winched out today by the NH90 crew.

"This is tough, treacherous work, and often it can be to no avail," said Search and Rescue Sergeant Malcolm York.

York says it was a fantastic example of bringing in a wide range of expertise and working together.

"I'm really proud of the whole team and those who were in the bush are taking a well-deserved rest day today," he says. 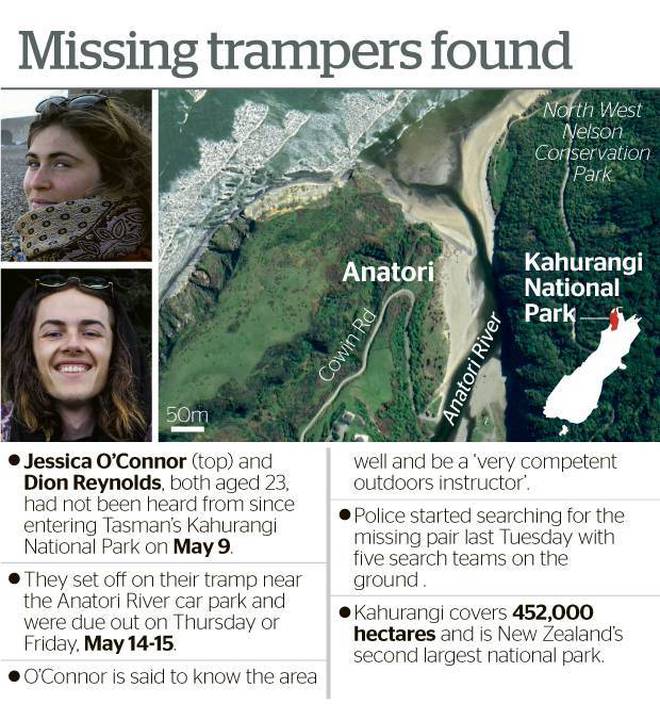 Police continue to praise the extensive efforts of the more than 50-strong search party that brought the two home.