The significant number of temporary migrant workers leaving the country could be devastating to the economy and some industries, a Massey University sociologist says.

Professor Paul Spoonley said there were nearly 111,000 more departures than arrivals between March and August, and the more recent departures were mainly migrants whose work visas have expired.

"The picture would be terrible especially for employers and sectors that rely on migrant labour," Spoonley said.

He said even though some high migrant-reliant sectors, such as tourism and hospitality, are no longer as active, New Zealand was heading into peak seasons for tourism, now domestic, and horticulture production. 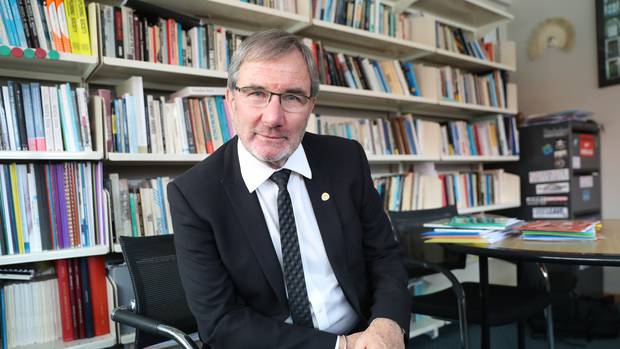 Spoonley said that in the next month, the first of the RSE (recognised seasonal employer) and working holiday visa holders would start arriving and then building towards high demand at the end of the year.

But Covid-19 border restrictions could result in just a fraction of seasonal worker arrivals, and the shortage had the potential to cripple economic recovery.

"On these arrival and departure trends, there are going to be major workforce supply challenges throughout the summer. This does not factor in the big infrastructural projects which will also need specialist migrant labour," he said.

The number of departures since lockdown to the end of August was 462,525 people, and Spoonley said there was a difference of 110,943 fewer arrivals.

"Even allowing for the fact that some of this would involve family members, that is a significant drop in the numbers available for the New Zealand labour market, especially when the replacement arrivals are considered."

"The lower number for departures indicates the fact that many temporary study and work visa holders were staying put," Spoonley said.

By now borders are closed except for returning New Zealanders and a small number of exceptional cases approved by the Minister of Immigration.

"But those on temporary visas are now leaving in much larger numbers compared to arrivals. For every arrival, there are now five departures. This continued through May with the numbers leaving now a third of what they were even a month earlier," Spoonley said.

"The move to alert level 1 sees a modest increase in both the arrivals, up now to 9000, and departures, just under 15,000, and this continues though June, July and August.

"Now, the number of returning New Zealanders makes up a significant proportion of the arrivals while there are still those on temporary visas departing, as flights permit," Spoonley said.

"Through August, the daily figures for arrivals range from a little over 200 to 500 per day, depending on flight and seat availability. A similar picture is apparent in terms of departures, with the range being from 200 to 800 per day."

The number travelling to Australia is also a fraction of what it was, with about 2500 arrivals per week and between 3500 and 4500 departures as temporary visa holders continue to depart.

There are now very few RSE workers and backpackers still in the country.

Hawke's Bay, which needs about 10,000 seasonal workers starting next month to prune and pick $1 billion worth of fruits across the region. It is considering attracting unemployed Kiwis, school leavers, students on summer break and even workers from corrections facilities on day release.

Earlier this month, the Government announced changes to border rules, including the creation of a new "exception category" to allow the return of some temporary work visa holders currently overseas but with strong ongoing links to this country.