The mother of the family who failed to return from a Mongrel Mob tangi in Hamilton after being granted a compassionate exemption accepts she did wrong but says they have been repeatedly tested and were never at risk of spreading coronavirus.

Ali Maniapoto says her whanau are also annoyed at the lack of time they were given to farewell their beloved family member, Deiderick John Grant known as DJ Rogue, who was killed at a Slim St, Hamilton, property on June 5.

Grant's killer is yet to be found.

Maniapoto and her whanau, including her two children, aged 16 and 8, were criticised for "absconding" from quarantine at the hotel after attending Grant's funeral on Wednesday, June 10.

The incident was revealed by Director General of Health Dr Ashley Bloomfield just after two women who had returned from the United Kingdom were released from their hotel, without being tested, after just seven days of quarantine.

Maniapoto said that decision was made the day they were due to leave the hotel.

The whanau of six had flown back from Perth, via Melbourne, after her brother-in-law's death.

They arrived in New Zealand on June 6 and were given permission to attend the tangi three days later.

Maniapoto admitted getting the family back late to quarantine in Auckland, but said the seven hours given to them by the Ministry was never going to be enough time. 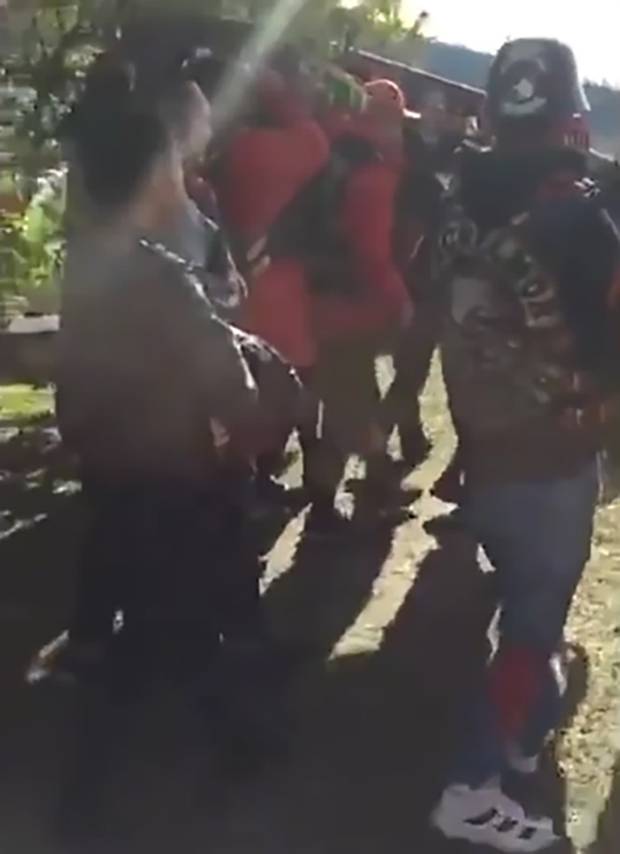 She said they were initially given a whole day to spend in Hamilton.

"When we were first discussing it ... they said we could go for only one day. So we thought 'Oh well, one day let's leave at 4am'.

The family had to leave at 4am and be back at 11am, however Grant's funeral service didn't begin until 3pm.

"We returned late - that was wrong and I accept that I done wrong there.

"But no, seven hours wasn't long enough especially the time we had to leave, 4am, and back by 11am.

On returning they were checked by quarantine staff.

"We were told police will be coming to see us. They arrived at 9.30pm and I told them the story. It was a long day but didn't want to waste more time, so we left the boys behind.

"We returned back to the hotel, four of us. Next morning police again. Friday, police talk again."

She said her 16-year-old was best friends with Grant's son. They hadn't seen each other since leaving for Perth in March and he was anxious to get back to him.

He decided to stay with his sister and his cousin in Hamilton. Her 8-year-old also stayed with whanau and was brought back to Auckland three days later.

"Ok yes, I knew where the boys were the time they weren't with me. My 8-year-old was with his whanau he hadn't seen for 12 months or longer, and yes, he wanted to stay there."

The whole whanau, including her two sons, had been tested twice for Covid-19. Both times the test were negative.

She said they were upset that instead of returning to their empty five-bedroom home in Hamilton to finish their quarantine, they had to return to Auckland.

They were finally given the go-ahead to return home the same day Ardern announced nobody quarantining at the hotels would be leaving.

Communication and organisation during their stay had been abysmal, Maniapoto said, with some larger families being split between up to three hotels in one case.

"Everyone is frustrated because buses are coming in and dropping people off and we are all mixed in together in the day area. There is a worry that the ones that have been here for 10 days near completion could catch something.

"It's not right that we are all mixed together ... they should monitor how many are arriving on one day and stick together, not send 20 here 20 over there. It's just stupid. They send everyone everywhere.

"They split a family of 20 to three different hotels. What the hell's that. They need to sharpen up from the airport."

She denied giving authorities false addresses and said the only conditions they had to follow were to be back in Auckland by 11am.

When contacted, a spokeswoman for the Ministry advised Maniapoto to raise any concerns about the quarantine arrangements in the hotel directly with staff in the facility.

As for their obligations, the whanau were given, in writing, several steps to follow to limit the risk to public health.

"That included the limited time with others, health screening prior to leaving, staying in the vehicle during the journey, wearing a mask while with family, physical distancing, regular hand-washing, good cough and sneeze etiquette and restrictions on other public areas.

"Unfortunately, not all the family fulfilled the condition of returning on time.

"After a series of conversations an agreement was reached for the return of one family member (the 8-year-old boy) to the managed-isolation facility (Auckland Hotel) and an arrangement made, based on the best interest of the other boy (16 years old) that he be allowed to stay in self-isolation with family and additionally monitored by a local Maori health provider."