A man yelled at to "speak English" while speaking te reo at a public meeting in Hawke's Bay says it reflects the "birthing pains" of a nation that hasn't fully grown up.

JB Heperi-Smith was at the fiery meeting in Otane on Monday to discuss a new rehabilitation centre near the small town for Māori women who have been in prison.

He stood up to have his say and was asked a question in te reo. He was answering in the same language, before responding in English, when things turned nasty.

"Speak English," yelled at least two people in the 200-strong crowd, followed by another person who called out "we can't f****** understand you".

When the crowd was told Heperi-Smith would speak in English after te reo, someone yelled out.

Heperi-Smith, the deputy chair of Ngati Kahungunu, told Hawke's Bay Today he was not offended at the way he was interrupted. 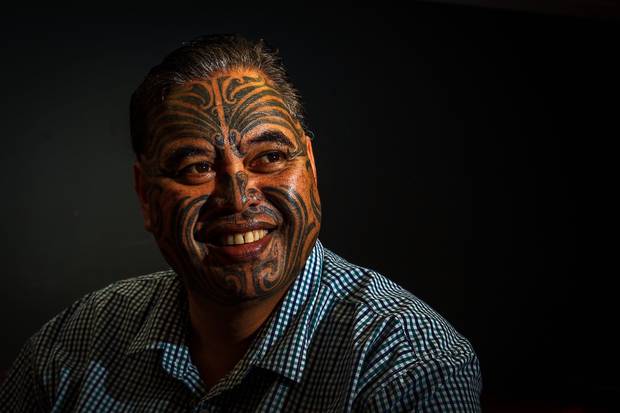 He took on the role with his iwi, and is seeking re-election, to help build understanding in the community, he said.

Heperi-Smith said the New Zealand he was a part of in 2019 had an appetite and willingness to be better.

But the comments showed there was still a long way to go to get Pākehā and Māori to understand one another, he said.

"We all want a better community, and for me it's a community of understanding.

"Māori is not just for Māori, it is for our nation."

He said the more people knew about a language, the more understanding they had of each other.

"There is a lack of understanding that te reo is the main medium through which we express our world view."

He said being able to express his world view through his language meant it came from the heart.

A spokesperson for the Human Rights Commission said the comments were "unacceptable".

"Te reo is an official language of New Zealand, and is an important part of our culture."

"We believe it is vitally important that we treat each other with respect and dignity."

The meeting where the comments were made was about E Hine, a six-month residential programme based out of Te Waireka on White Rd in Otane.

It has been controversial, with members of the Otane community questioning their safety, as well as the impact on property values and the school roll, with the school 500m away from Te Waireka.

At the meeting, Waylyn Tauhiri-Whaipakanga, COO of Te Taiwhenua o Heretaunga, said the women had to meet strict criteria to be part of the programme.

"They will be under supervision 24 hours a day, seven days a week and they will have a very full timetable of activities learning life skills, budgeting, cooking, fitness and nutrition."

"These are women who want to be here."

Heperi-Smith said he was behind the kaupapa of Te Waireka.

"One of the reasons why I support this kaupapa 100 per cent is it looks at the human sides of us.

"It builds on what gifts they do have, and building on top of that, to help them to overcome barriers and tribulations."

In the beginning four to five women will take part in E Hine, with capacity for 12.

The Department of Corrections will monitor the programme's effectiveness, with the possibility of it being rolled out nationally.