Security has been bolstered at a Rotorua managed isolation hotel after a man escaped through a fenced area.

The man was missing for half an hour from the Sudima Rotorua hotel late last night.

He was reported missing at 11pm yesterday - sparking a search by NZ Defence Force staff.

Police are now investigating the incident and checking CCTV security footage to establish exactly where the man went during that time.

"However, indications are that he did not move beyond the immediate area," head of Managed Isolation and Quarantine air commodore Darryn Webb said today.

It appears the man escaped through a fenced area. 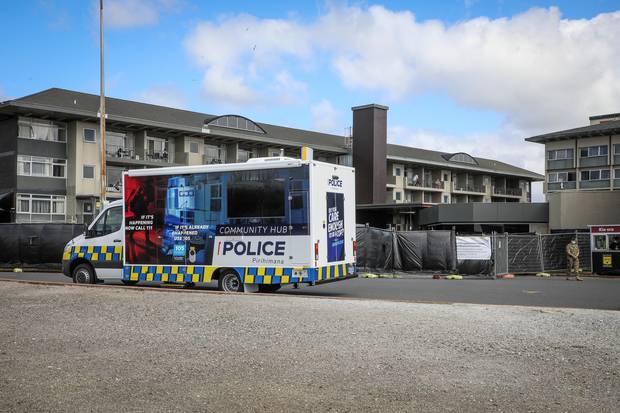 Outside the Sudima Hotel in Rotorua today. Photo / Andrew Warner

He had tested negative for his day 3 test after arriving from Brisbane on September 8.

He remained symptom-free and was now in his ninth day of isolation, Webb said.

"I would like to reassure people, particularly those in Rotorua who have concerns, that the health risk as a result of this incident has been assessed as low."

Security had been "bolstered" at the site as a result of last night's incident, he said.

Rotorua MP Todd McClay said residents were "promised" that nothing like this would happen and it was just "another blow" for the city.

He said they would be outraged to hear that the city joined Hamilton and Auckland where people had broken out of isolation.

"Labour promised this wouldn't happen. They rushed people into quarantine in Rotorua in the dark of night and promised that the facilities would be secure. They've now reportedly let someone over the fence in Rotorua."

He said on the back of the economic harm done to the city during the lockdown and over Auckland's level three period, the government needed to "clean this mess up quickly and sort out their botched quarantined and isolation procedures".

Suzanne Marie Derrett, 43, allegedly scaled two fences at the Pullman Hotel in Auckland's CBD and made off on foot. She was located by authorities nearly two hours later, two blocks away on Anzac Ave.

July 7
A 32 year-old man in managed isolation at Auckland's Stamford Plaza slipped through a gap in fencing around the smoking area.
He went a 70-minute excursion, which included shopping at a central city Countdown supermarket, where he took selfies in the aisles. He returned to the hotel, and then tested positive for Covid-19 the next day.

July 9
Queenstown man Martin James McVicar, 52, broke out of the Distinction Hotel in Hamilton. McVicar allegedly cut through fence ties and walked 10 minutes to buy beer and wine.
He was jailed at Spring Hill Prison and charged with failing to comply with Covid-19 public health laws. He was also charged over intentional damage to a television
at the hotel.

July 24
Five people escaped from Distinction Hotel in Hamilton. A 37 year-old woman and three young people were found and detained at around 8pm that night, and the fifth, a 17 year-old boy, was arrested in Auckland at 4.40am the follow morning