A man has been arrested on an Air Chathams flight after refusing to wear a mask and making "inappropriate comments" to staff on board the plane.

A passenger on the flight from Auckland to Whanganui this afternoon said the airline asked passengers to wear face masks, which were provided before boarding, for the entire journey.

The 30-year-old was several rows in front of the woman, so she didn't see him but said she believed he'd removed his mask at some point.

"The air hostess was asking him to put it back on as it was the airline's policy. They went back and forth several times."

On landing at 4pm, airline staff waited for police to arrive.

"He was removed from the plane, handcuffed by two police officers and was told he was under arrest, but that was after he refused to stand up and leave with them." 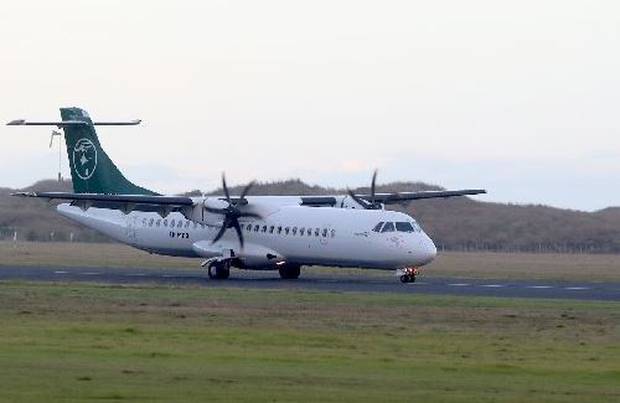 The man was arrested after the Air Chathams flight landed in Whanganui at 4pm today.

Police this afternoon confirmed the man refused to comply with directions of cabin crew a number of times despite warnings, and made an inappropriate comment to staff on board the plane.

"He was arrested upon arrival and is expected to appear in court at a later date. Charge/s [are] yet to be confirmed," the spokesperson said.

Air Chathams couldn't be reached for comment this evening, however according to its website, it has a developed "On-board Mandatory Controls" which include the compulsory use of face masks for cabin crew and passengers.

The masks are given to passengers prior to boarding.

However, Air NZ has a voluntary policy about staff and passengers wearing masks.

Chief revenue officer Cam Wallace said last week passengers and staff had the option to wear face masks if they wanted - their own or those provided.