Is it a local or is it someone who passed through the tiny town?

That's the question Pokeno residents are asking each other today after $42 million was struck last night's Lotto Powerball.

The manager of Countdown Pokeno - which sold the lucky ticket - Jatinder Chahal says there was now a real buzz around the area, with staff also wondering if it was them who sold the ticket.

The supermarket team was "walking on air" after playing a part in one of New Zealand's biggest ever Lotto wins.

"We're not sure yet what team member sold the winning ticket, but everyone wants to be that lucky person - maybe they're hoping the luck will rub off!

"There's a real buzz in the Pokeno community - lots of our customers have been congratulating the team and everyone is in high spirits.

"It's the first big Lotto win our store has had since opening in February - up to now it's been a few thousands of dollars that have been won - which is still good, but not as good as $42 million I'm guessing!"

That buzz of excitement was so intense around the country last night it brought Lotto's website and app to its knees, causing hours-long delays for people wanting to see if they had struck it big.

The $42.2m pool is the second largest win in Lotto history.

As of 11am today, the ticket was still to be claimed and had many locals wondering if the winner was from the area. 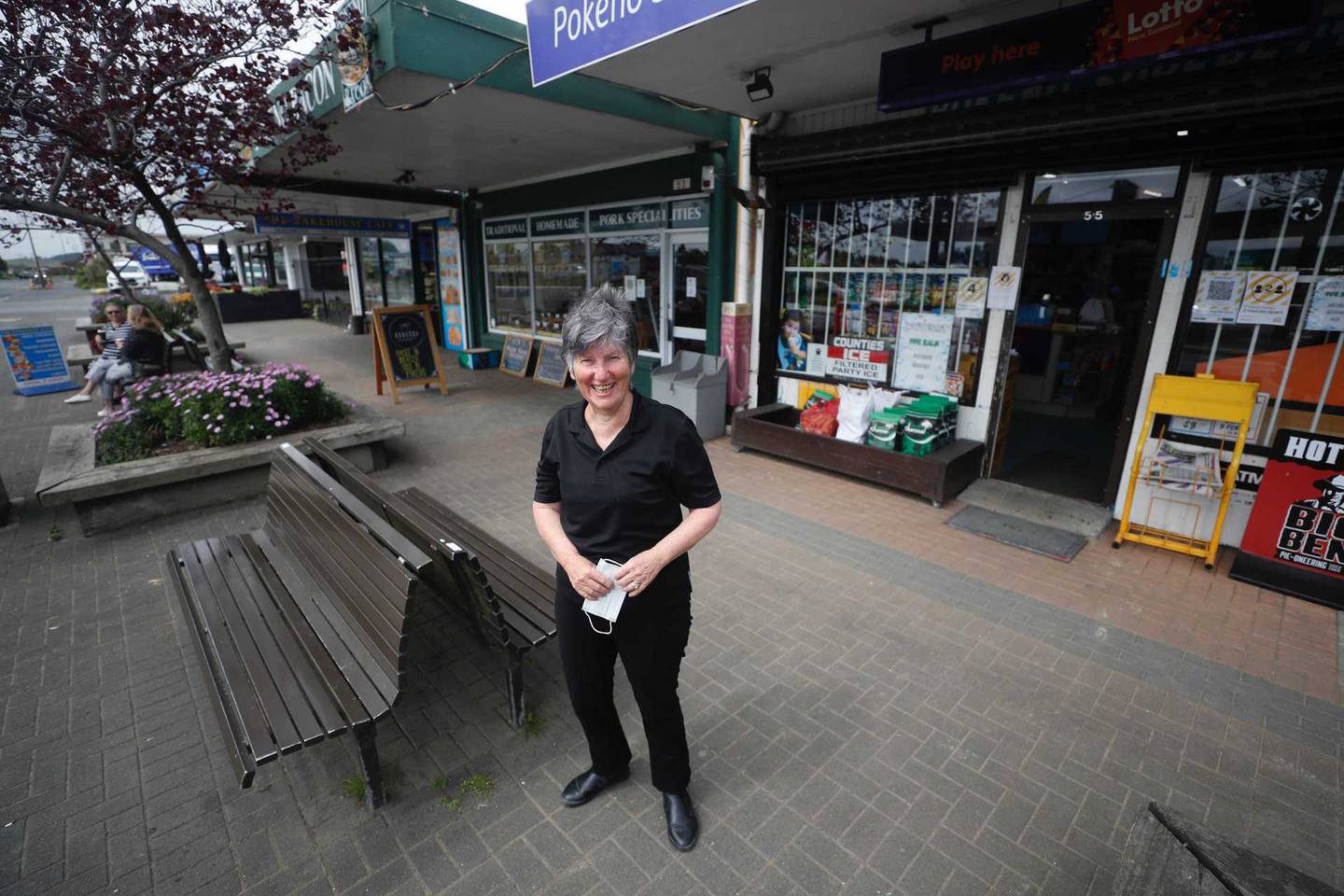 Helen Clotworthy, owner of Pokeno Bacon, believed it was more likely going to be a local given the strict border and alert level restrictions.

She'd even noticed it with her trade, there'd been less and less out of towners popping in.

"It's isn't me," she said when answering the Herald's call. "It's a bit of excitement for us all.

"We think it's somebody local because we are right on te border and no though traffic coming through now so for us, we've noticed it with our trade dramatically as people going home used to swing in.

"We're not getting that customer because they're probably most likely on the other side of the border, so there's a pretty strong feeling it's somebody local."

Clotworthy said her friends knew that if she'd won it, they would never know, it would be something she'd keep close to her chest.

"I've said it all my life you'd never know if i won lotto because i'm never going to tell anyone, which i'm not," which had since led to a ribbing from friends.

As for what they did with it, she said it was their own business.

"The pressure that they're going to come under now sometimes you wonder on one hand it's fabulous but on the other it just produces a lot of grief."

A Lotto spokesperson confirmed the money was yet to be claimed and she recommended anyone who bought their ticket at Countdown Pokeno for last night's draw write their name on the back and check it immediately in-store at any Lotto NZ store that is open, online at MyLotto.co.nz or through the Lotto NZ App.

Meanwhile, thousands of Kiwis were left frustrated after not being able to get onto the website to check their tickets last night.

Many were forced to go into a virtual queue and by 9.15pm that had grown to more than 60,000 people.

While the app was now up and running again, earlier today it still hadn't recovered, with a notice initially saying it was "currently unavailable" and pointing people to the mylotto.co.nz website.

But users who headed there received a message saying, "Sorry we're currently closed".

"We know you can't wait to see if you're a winner! Due to high demand, MyLotto will be opening later today, please come back later to check your ticket. Sorry for the inconvenience," the website said earlier.

The issues come after the app and website were groaning last night under the strain of customers trying to check their online tickets, with some players unable to log in to their accounts.

Lotto NZ released a statement on social media last night apologising that some players may have experienced issues when trying to top up or buy their tickets.

Customers who tried to top up but weren't successful will have their funds returned to their bank account.

"During high jackpots we always encourage players to buy their tickets early to avoid our busiest times. We will continue to update you as we know more."