Many of us like to imagine striking it rich in Lotto, living out the rest of our days with not so much as a care in the world, and trusting all our worries are far behind us.

But as the old adage goes: money can't buy happiness.

That rings true for a number of lottery winners who have struck it rich over the years but lost relationships and in some cases ended up penniless despite landing a measure of wealth most could only dream of.

Amid the news of a once close-knit Auckland family now torn apart in a bitter Lotto dispute we look at the heartbreak that has befallen some who experienced champagne-popping glory before things took a turn for the worse.

More than eight years ago Angeline Deep Narain took her brother Ajnesh Narain Chinappa and his wife Valashni Vandana Chinappa to court over a property the couple bought, with what Narain believed were her winnings.

In 2009, Chinappa's mother Kaniamma Winter went to check a Lotto ticket with her daughter-in-law. When it was confirmed as a winning ticket, Winter was so flustered she couldn't remember her bank account number. So, the money was put into the Chinappas' bank account "for convenience".

The couple went on to buy a property in South Auckland, but a nasty feud erupted over who was entitled to the winnings, and the property.

In 2012, the Chinappas told Winter and Narain they would be trespassing if they went to the house.

Years later, in 2021, the High Court found that the winning $250,000 Lotto ticket belonged to Angeline Narain, she had a 50 per cent share of the house. 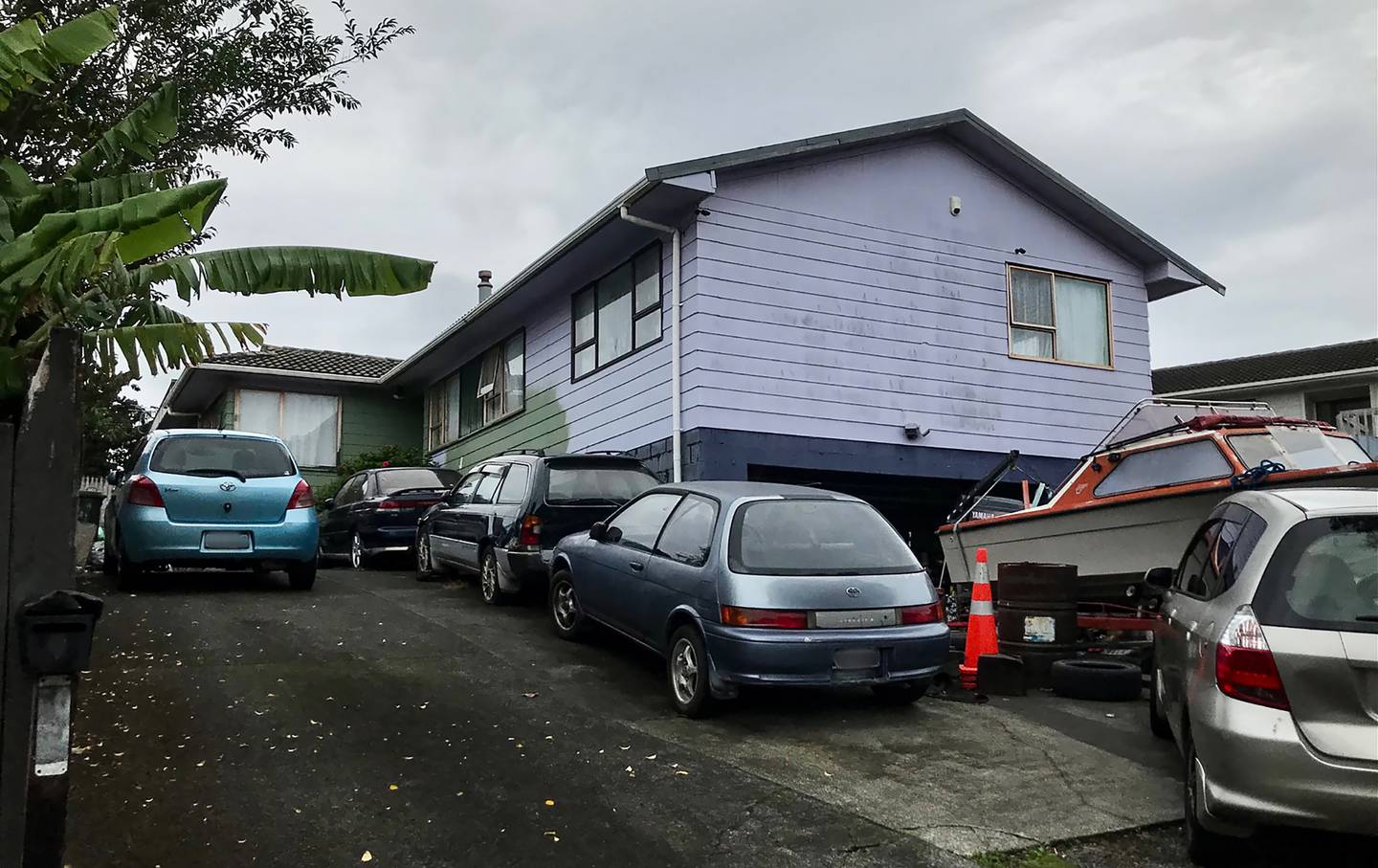 The home of the Chinappa family in Papatoetoe; the family have been embroiled in a legal dispute over a winning Lotto ticket. Photo / Cherie Howie

The Chinappas rejected that Narain was the winner of the Lotto ticket and appealed the decision.

A recent Court of Appeal judgement found the Chinappas held a 20 per cent share of the house for Angeline Narain and she should be compensated for the years she wasn't living at the home.

"Many people dream of a Lotto win," the judgement said.

"Even a modest win might lift a family's circumstances and relieve financial pressure. In this case, a Lotto win seemed, at first, to do just that. It allowed a family to put down a deposit on a large house in South Auckland in which they could all live together."

While still maintaining that his mother was the Lotto winner, Chinappa said he would not challenge the latest ruling and planned to sell the house to meet the court-ordered payments.

In 2008, three mates, including an expat Kiwi from Hawkes Bay, partied the night away and woke to find they had won more than $17 million on a quick draw Tattersalls Oz Lotto ticket.

But within a matter of weeks the celebrations soured over how the winnings would be split and Eugene Te Pairi ended up embroiled in a costly court battle in Melbourne with two of his former mates.

The feud not only cost the men their friendship, but also $2 million in legal fees from their Australian Lotto winnings.

There were deals and arguments, negotiations taking place in the car and eventually a Supreme Court hearing. The trio eventually settled two years later.

The former supermarket employee, who scored the mega win in 2012, had to go into hiding after the intense media interest.

And his newly won riches weren't enough to protect him from the heartache to come after he fell in love and divorced his post-win love Sharie Marshall within the space of three years. Big Lotto winner Trevor Cooper, left, on his wedding day in 2013, has found himself at the centre of several spats since his massive win. Photo / New Zealand Herald

His mother Shirley told the Herald on Sunday there was no prenuptial agreement between her son and his new bride despite his Lotto win just months before the wedding.

"There are no children to Trevor thankfully, but I knew the marriage wouldn't last. But I told both my children who they marry is their choice and I will back them all the way — that's what you have to do as a parent, unfortunately."

Andrew "Jack" Whittaker became an instant celebrity when he claimed the largest US lottery jackpot won by a single ticket, bagging a whopping NZ$500 million on Christmas Eve 20 years ago.

But his life became rife with setbacks and tragedy that left him often ruing the day he bought the winning ticket.

Associated Press reported he began drinking heavily and visiting strip clubs. On two separate occasions, thieves stole around $1 million from his vehicle in a strip club carpark.
Whittaker lost his granddaughter and her partner to drug overdoses.

His daughter died from cancer and in 2016 his home was destroyed by fire. Four years after his win, Whittaker alleged he was penniless.

Soon after William Post III won NZ$25 million in the Pennsylvania lottery, things went downhill instead of up.

Post had already spent most of his first sizable annual payout in the first two weeks after he received his cheque.

He bought a restaurant, used-car lot, and airplane. And, within three months he was around $750,000 in debt.

It was also reported that Post's brother was arrested for hiring a hit man to kill him and his sixth wife.

Family also convinced him to invest in worthless business "opportunities" and his landlady duped him into handing over most of his money.

Post was sent to jail for firing a gun at a bill collector, and filed for bankruptcy.

But perhaps the biggest regret lies with a lucky US lotto player who missed out on NZ$22 million after they failed to cash in their winning ticket.

In June 2018, a lucky US lotto player won "The Pick" after drawing a correct line up of winning numbers.

But the life-changing sum was left unclaimed after the 180-day period where a winner could come forward passed.

Instead, the unclaimed millions went towards a mix of community partners and future prize winners.