The landlord of an adult film actress is defending the woman following a stoush between her and her neighbours - the Hamilton Cosmopolitan Club - as further court action looms.

Lisa Lewis successfully brought a civil case against the club after being the recipient of "insidious" behaviour and has been awarded $10,000 in damages.

However, the row between the neighbours may not be over as the Herald understands the club is appealing against the case.

Lewis, a former Hamilton mayoral candidate with a colourful past, rents a property adjacent to the club on Claudelands Rd that can only be accessed through the club's carpark.

Her landlord Andrew Bydder says she has been a "very good tenant".

Lewis claims that patrons of the club tooted their horns late at night, aimed fireworks at her front gate and egged her property. She claimed these issues began once new manager Ian Morgan was appointed in 2017.

Bydder said in his opinion this behaviour was personal and targeted at Lewis.

According to the court judgment notes, Lewis had previously rented a room from Morgan when he owned the Sails Motel.

However, Morgan told her to leave the property, and the judge noted a "mutual dislike" between the pair.

In 2017, Lewis had complained a number of times about the behaviour of club patrons in the car park.

"I have no doubt at all that the pattern of club members tooting the horns of their cars when passing Ms Lewis' fence has evolved from encouragement by management to do so," the judge wrote.

"This insidious behaviour was symptomatic of the way the club has dealt with Ms Lewis."

"This could have been sorted out without legal expenses if the club manager had been reasonable," said Bydder. 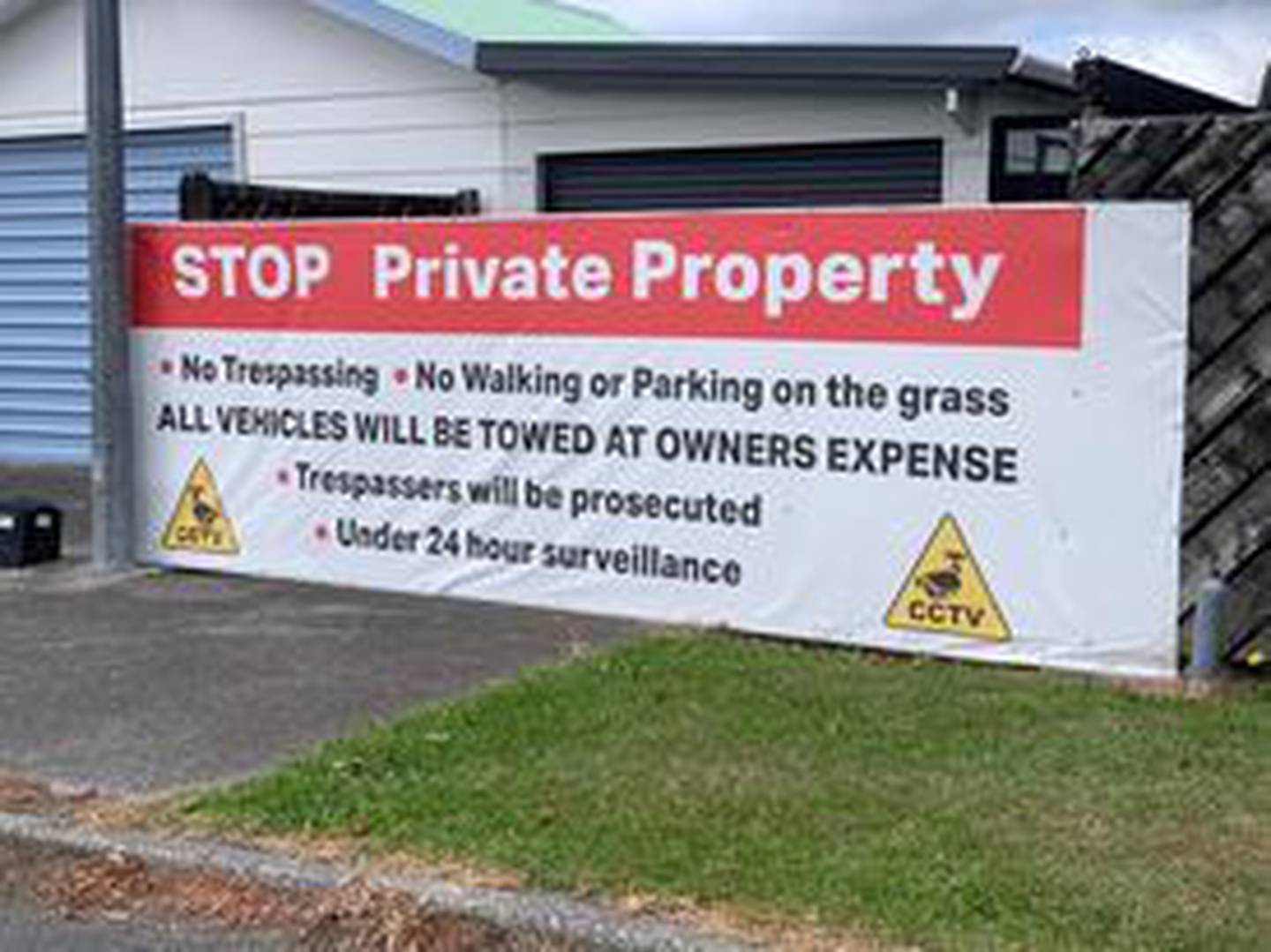 A sign that is displayed on a fence on Claudelands Rd. Photo / Caitlan Johnston

On a fence on the Claudelands Rd property is a significant trespass warning sign believed to have been erected by Lewis.

It warns people that trespassing is not tolerated, that walking or parking on the grass is not allowed and that vehicles would be towed and trespassers prosecuted.

Lewis also faced claims about her own behaviour.

The club's office manager told the judge she was prevented from leaving the club one day in October 2020 because Lewis was revving her vehicle in the carpark with a big dog.

The manager said the incident had given her nightmares.

However, Judge David Cameron said that much of Lewis' behaviour stemmed from her being "wrongly trespassed" and from the "overt actions of the club".