A New Zealand national has been arrested in Australia after a yacht suspected to be carrying hundreds of kilograms of methamphetamine was intercepted off the NSW coast.

The 33-year-old man was arrested after the bust yesterday and is in police custody awaiting his first court appearance on serious drug charges. 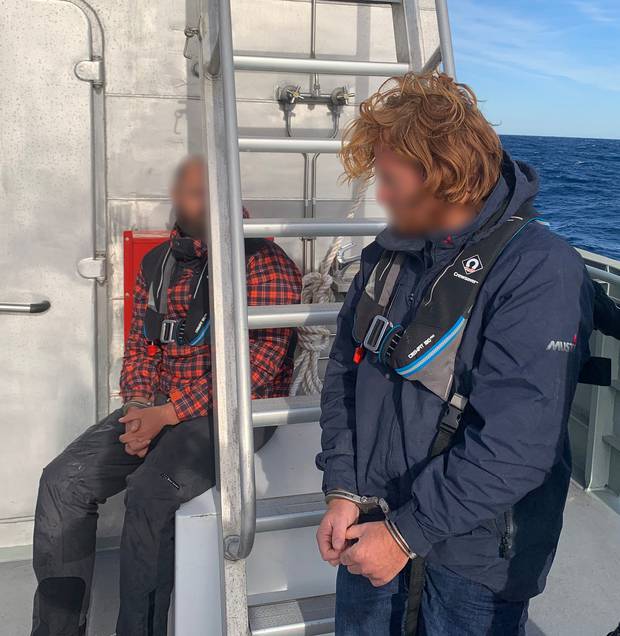 The Australian Federal Police said in a statement today that the arrests followed a multi-agency investigation dubbed Operation Romani. 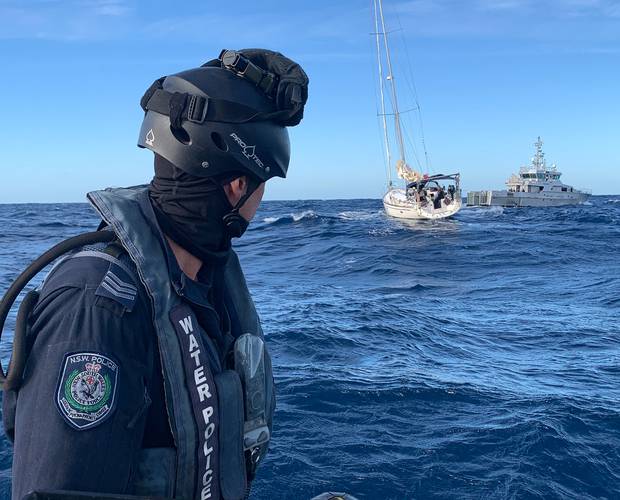 The AFP worked alongside, New South Wales Police and Australian Border Force along with agencies from the United Kingdom and New Caledonia.

On Thursday 16 April New Caledonian authorities advised the AFP's International Command and the ABF about the arrival of a vessel of interest into Pacific waters the previous day.

"It will be alleged the vessel had been in waters near Norfolk Island and then had travelled to New Caledonia," the AFP statement said.

"The crew declared to New Caledonian authorities they had travelled from Mexico.

"As a result of this information, the Australian investigative team identified a second vessel of interest – a yacht known as the La Fayette.

"Police allege this yacht had been loaded with border-controlled drugs in waters around Norfolk Island."

The next day the La Fayette was located by the ABF's Marine Border Command on the East Coast of Australia heading south.

"The vessel's movements continued to be tracked as the joint Australian investigative team prepared for an on water interception," the AFP statement said. The yacht, Lafayette, was towed to Balmain by the police vessel Nemesis. (Photo / AFP)

"The two crew members – a 33-year-old New Zealand national and a 35-year-old man holding dual UK/South African citizenship – were arrested on board."

The yacht was towed by the Nemesis to the NSWPF Marine Area Command in Balmain on Saturday afternoon.

"It will be alleged investigators located blocks wrapped in plastic on board the vessel," the AFP revealed.

"Specialist forensic officers are continuing to deconstruct the boat and examine the contents, which is believed to contain methamphetamine.

"Further forensic testing will be undertaken to determine the exact weight and purity of the seized substances.

"The men were taken to Surry Hills police station and charged with importing a commercial quantity of border-controlled drugs."

The pair are due to appear before Parramatta Bail Court this morning via a video link.

If convicted both men face a maximum penalty of life imprisonment.

"Organised crime groups will stop at nothing – not even a global pandemic - to try and flood our communities with drugs for greed and profit.

"Our cross-border collaboration remains strong in these times, and through our relationships worldwide, we will not stop in our efforts to protect our communities from the destruction of illicit drugs."

NSWPF State Crime Commander, Assistant Commissioner Stuart Smith, said significant police resources had been utilised to "aggressively target and intercept" the yacht before the drugs could make it to the streets of the state.

"The expertise of the Marine Area Command, assisted by the Maritime Border Command, has enabled police to execute a tactical navigation plan and successfully board the yacht and arrest two men," he said.

"In light of the restrictions and guidelines under the Public Health Act, we have taken numerous additional precautions in accordance with Covid-19 protocol and as a result the two offenders and all officers on the vessel were decontaminated and tested for the virus.

"With every seizure we make, a syndicate is taken down and it's evident this criminal network has gone to extreme measures to traffic drugs into NSW with current international travel restrictions."

Smith said since the start of this year the NSW organised crime squad - with the assistance of law enforcement partners - had seized hundreds of kilos of prohibited drugs and disrupted multiple criminal networks and their activities.

"The ABF continues to work closely with our law enforcement partners, here and abroad, to catch and prosecute criminals, no matter where in the supply chain they sit," Low said.

"Criminal syndicates should know, that not only will we find your drugs concealments when they reach our sea ports and airports, but we're also watching your movements before you reach Australia.

"The ABF has eyes on our oceans, not just on our land borders."

The AFP said joint investigations were continuing with agencies in Australia and offshore, and further arrests have not been ruled out.