Hollywood director-turned Kiwi farmer James Cameron says New Zealand isn't living up to its clean, green image as he continues to push his vision for a meat-free, dairy-free world.

The genius filmmaker behind blockbusters such as Titanic, and the Avatar and Terminator franchises is alarmed at the extent of environmental pollution in New Zealand and says drastic changes are needed to restore and preserve our land.

"What we see is that the rivers and the lakes are extremely polluted here," Cameron said in an interview with TVNZ's Sunday.

"New Zealand isn't living up to its own image of itself right now and the image that it projects to the world as the clean, green place.

"So there's a lot of work to do here to steward the land properly."

Cameron and his wife Suzie own more than 1500 hectares of rural land in the Wairarapa where they have successfully launched their own organic vegetable farm.

The 64-year-old is a staunch environmentalist and having seen the effects of climate change, believes improving our world can start by people adopting a plant-based diet and moving away from eating meat and dairy products. 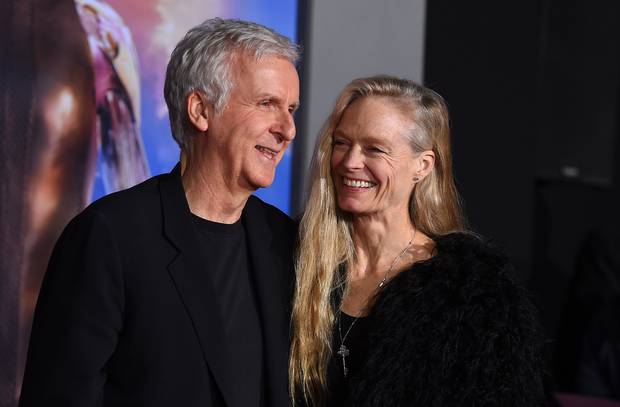 "There are a lot of problems with meat," Cameron told Sunday's Jehan Casinader.

"From a sustainability standpoint the problem is that getting your protein from meat requires anywhere from 10 to 40 times as much land as getting the same exact nutritional value from plants.

"I think what we need is a nice transition to a meatless or relatively meatless world in 20 or 30 years."

A former carnivore, Cameron was encouraged to eat less meat by Suzie, and believes people need to rethink their attitudes and reasoning towards their nutritional needs.

"People have this idea that I have to eat muscle to build muscle, but we don't eat brains to make brains, you know. I mean, that's not how the body works," he said.

"And you can live much better, much longer, on a plant-based diet."

Cameron's ideas for radical change have not gone down well with everyone in heartland New Zealand.

One Wairarapa livestock farmer bristled at suggestions that Cameron's logic would spell the end for his business and slammed his push for a vegan world.

"He's going to put me out of business and the country's living standard will go down because that's where the income comes from. New Zealand relies on agriculture.

"As humans, we're an animal that eats meet, not just plants. We're not sheep or cows, we're humans, and humans have always eaten meat."

Sunday also spoke with Lee-Ann Marsh from Beef + Lamb New Zealand, who says calls for a meat free world are premature and idealistic.

Marsh also believes swapping cows for crops is not a realistic option for all Kiwis, due to New Zealand's rugged and varied landscape.

"There is still a huge global demand for meat and in particular sustainably produced meat which New Zealand does really well," Marsh explained.

"You can't grow crops on very hilly terrain so we couldn't actually just say 'you know what, we're going to grow crops' because it wouldn't work."

Cameron is aware that his progressive ideas and status as an outsider might make his messages unpalatable to many Kiwis.

However he believe his concerns aren't limited to New Zealand and says they also apply to the rest of the world.

"I understand (Headley's) position but we're not coming here to try to get New Zealanders to change. Everybody has to change.

"We're not idiots, we know that there are going to be people resentful of outsiders coming in, especially opinionated people.

"Anytime I think you challenge someone of their belief system they feel attacked. They won't open their ears and you certainly can't just wave a magic wand and change people's minds."

The Cameron's are currently going through the process of applying for New Zealand citizenship and hope to continue to promote positive environmental change in Aotearoa.

"It takes a while. But anything worth having should be earned. We're happy to live here, we want to be good, responsible New Zealanders."