The March 15 mosque attacks are at the forefront of the Islamic Women's Council national conference.

This morning's session at the Zayed College for Girls in Auckland's Mangere, opened with a reflection on the tough year for the Islamic community.

Prime Minister Jacinda Ardern told the crowd of about 250 the past months have been exhausting - because the community's still picking up the pieces five months on. The March 15 mosque attacks are at the forefront of the conference. Photo / Michael Craig

She promised to help workshop aspiring Muslim leaders in politics.

Responding to a question about how the Muslim community can rise to leadership positions, Ardern said she'd like to unite them with local and central government. She asked the conference who was interested - and an uproar of applause broke out. 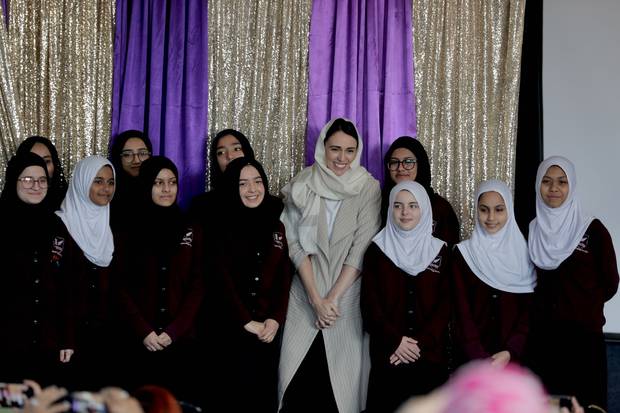 This morning's session was held at the Zayed College for Girls in Auckland's Mangere. Photo / Supplied

"I will be there and we can have this conversation, that would be great. So let's be practical and start politics bootcamp."

Ardern donned a cream-coloured hijab as she spoke to the crowd.

She wore a headscarf after the attacks in March when she visited members of the Muslim community in Christchurch.

While it was praised around the world, it wasn't unanimous.

A Muslim women's rights advocate in Malaysia told the Thompson Reuters Foundation: "I wish she hadn't (wore it)"... She is not a Muslim and not from a Muslim majority country." Ardern told the crowd the past months have been exhausting. Photo / Michael Craig

Fifty-one people died and 49 were injured in the attacks which began at the Al Noor Mosque in the Christchurch suburb of Riccarton and continued at the Linwood Islamic Centre. 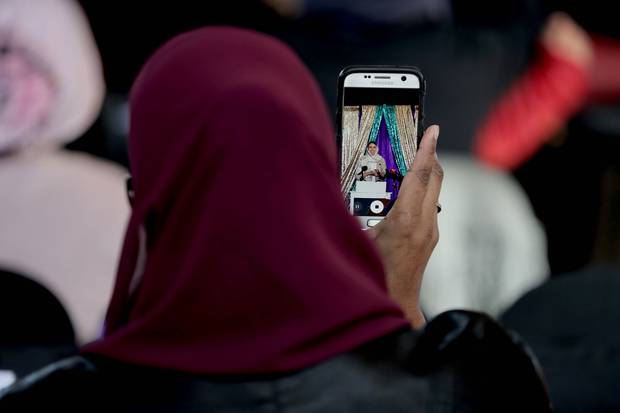 A member of the crowd takes the Prime Minister's photograph. Photo / Michael Craig