A New Zealander who plummeted almost 5m down a hidden crevasse while snowboarding off-piste and alone has revealed how his iPhone - with just 3 per cent battery power - saved his life.

Tim Blakey, 41, was snowboarding in the Swiss Alps near Zermatt last month when he came excruciatingly close to death.

He was alone when he suddenly fell through a metre-wide crevasse.

His fall was only stopped when he landed on a fragile snow bridge.

With his iPhone battery on just 3 per cent, Blakey had to think very quickly to save his own life.

He realised his phone's SOS function would not only alert emergency services but also give his location. 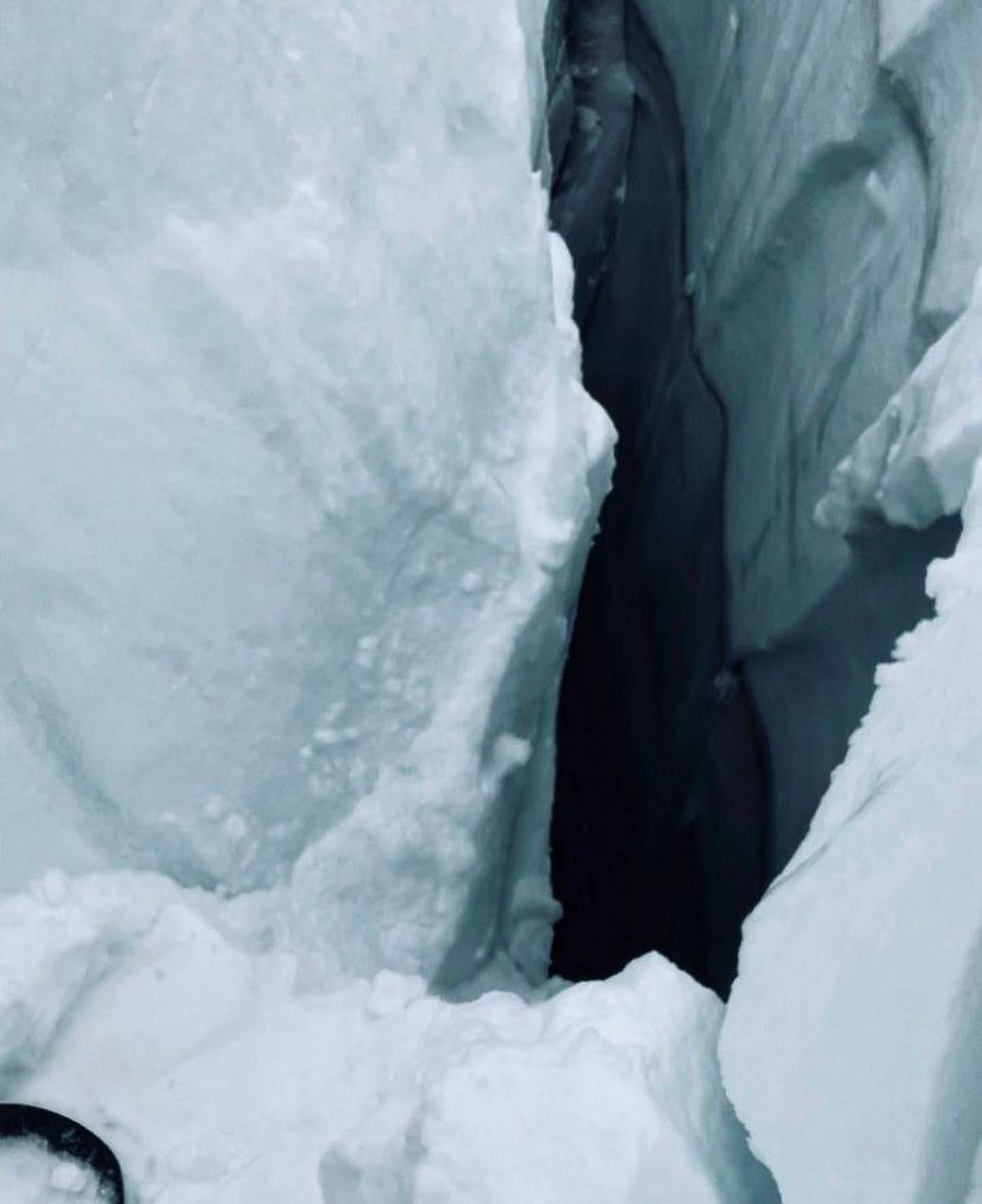 Had Blakey not landed where he did he could have kept falling deeper, as pictured. Photo / Instagram

Apple's emergency feature is set up on every recent-model iPhone allowing users to send an SOS message by pressing the power button five times in quick succession.

Users then get an eight-second countdown asking whether they want to continue with the emergency call.

Unless they cancel the call, it will automatically contact the local emergency number.

Any emergency contacts selected by the user in their phone will then be sent a text message alerting them to the situation and giving the caller's location.

Blakey had to move "very, very carefully" to get his battery booster out of his backpack so his phone would stay on long enough for rescuers to locate him.

"It was 20 minutes before I got hold of the emergency services and they told me not to move," he told the Daily Mail.

Blakey's SOS call was received at the ski resort of Saas-Fee and rescue volunteer Michael Schwarzl assembled a rescue team and organised a helicopter to get to the stricken snowboarder.

Just 45 minutes later, Blakey had been pulled from the crevasse and was on his way to the hospital.

He had a minor ankle injury but was otherwise unscathed.

The London-based physio and trainer shared his survival story on Instagram earlier this week.

"A week ago to this very minute my appreciation for life changed dramatically," he said.

"This past week has been a wave of emotions and introspection and I've not really known what to do with this experience.

"Michael and his team quite literally saved my life. I am still clueless as to how I will ever repay him and Swiss Rescue services. But I assure your I am working on it."

Blakey posted a photo of himself and his rescuer after the ordeal.

He said the first step to thanking the team was "bringing awareness to the amazing job these guys do on the mountain".

"And awareness to others to not be as careless as I was," he said.

"Seventeen years snowboarding, and the majority of those times spending a lot of the time solo and off-piste," he said.

"Never solo again. No matter how experienced you think you are, it is no joke.

"I was lured into a false sense of security, which also led me to be very blase about researching the areas I snowboard." 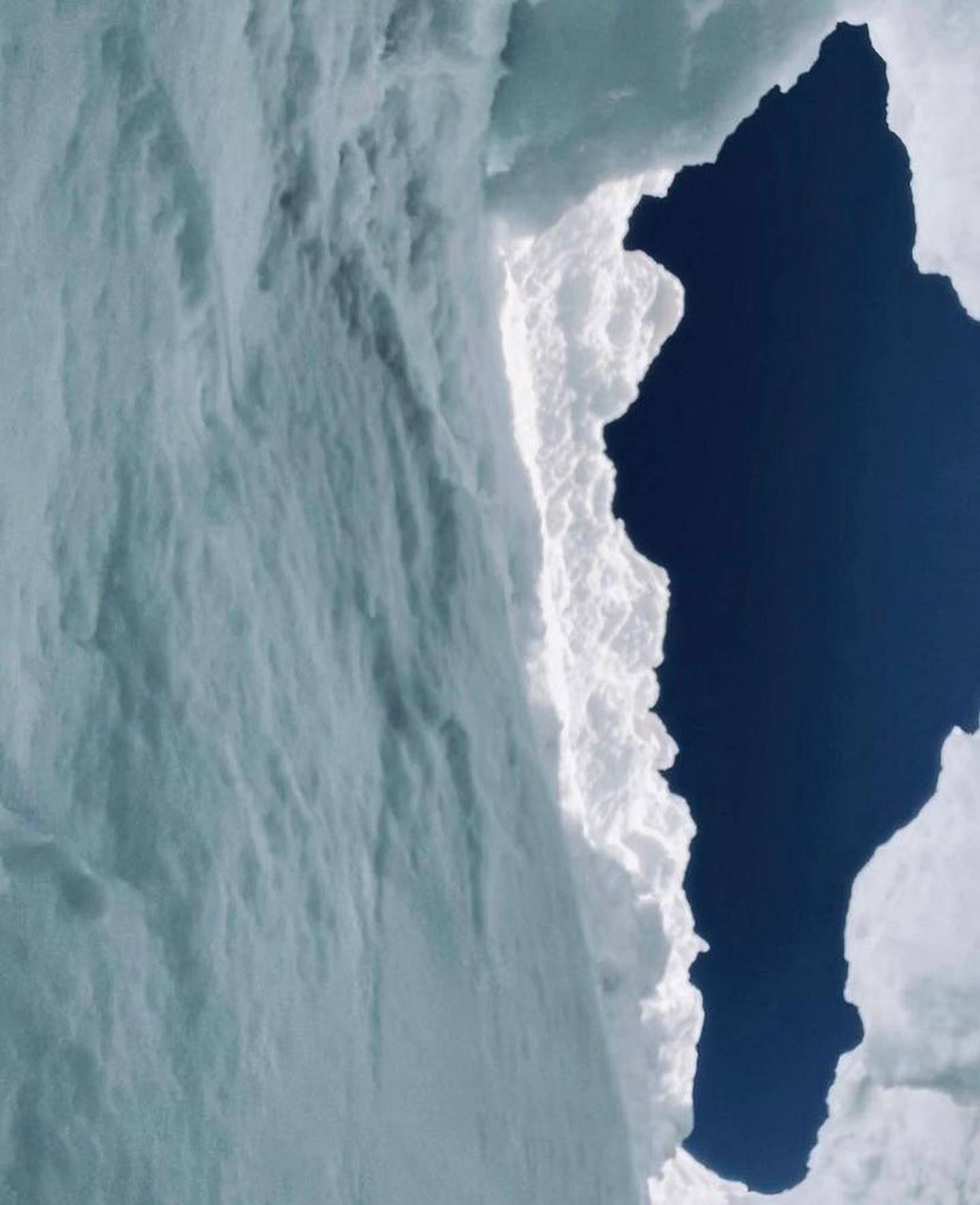 Blakey also thanked Apple for the SOS function on its phones.

"Especially great when your screen is constantly being dripped on," he said.

"And to the [internet] service provider for giving me 3G connection and 3 per cent battery 5m below the ice.

"The alternative to this has been keeping me up at night, to say the least."

Blakey said it was "not fair" to say his luck snowboarding off-piste "ran out".

"Because the circumstances of my survival clearly show I've cashed in every last luck token at my disposal," he said.

"Thank you to all my close friends and family for all your support and love. It's been really really amazing.

"I obviously promise never to do it again mum and dad - sorry."

Schwarzl, who has been a mountain rescuer for 25 years, spoke briefly to the Daily Mail about the incident.

"He was very lucky to have a phone signal," he said.

"Three days later, I attended a similar rescue nearby, but the person fell 100ft and died."