New video has emerged of the moment a motorist cheated death when a van driven by an "impaired" driver slammed into a petrol pump as he filled up his car.

The incident which occurred last month in Whangārei gives a new meaning to the "pain at the pump" felt by ordinary Kiwis and video of the impact and aftermath have gone viral on social media.

No one was injured when the van crashed into the pump at the Gull station in Raumanga on April 12 at around 8pm.

Speaking at the time, police described the incident as a low-speed crash but video shows the van approach at a fast enough pace to catch the other driver unawares, crashing into the pump and sending it flying as he scrambles to avoid the impact. 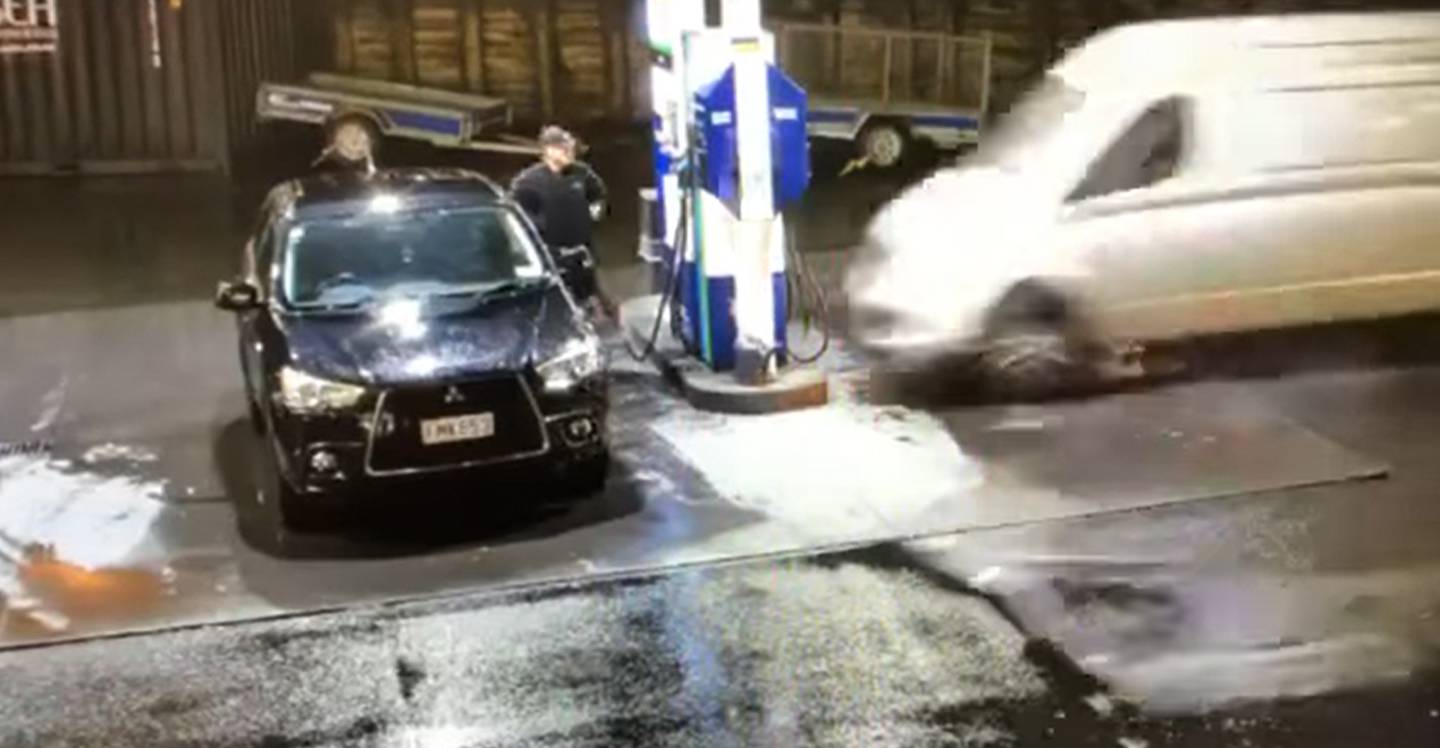 The van came out of nowhere. Photo / Supplied

He miraculously escaped without injury and wider damage was avoided when the crash failed to ignite any fuel.

The crash happened in the Gull station's "speed lane", a point not lost on some commenters who joked that the offending driver has taken the name too literally.

Others expressed surprise that more damage had not been caused, with one saying that the man filling up his car must have had his "guardian angel" looking over him. 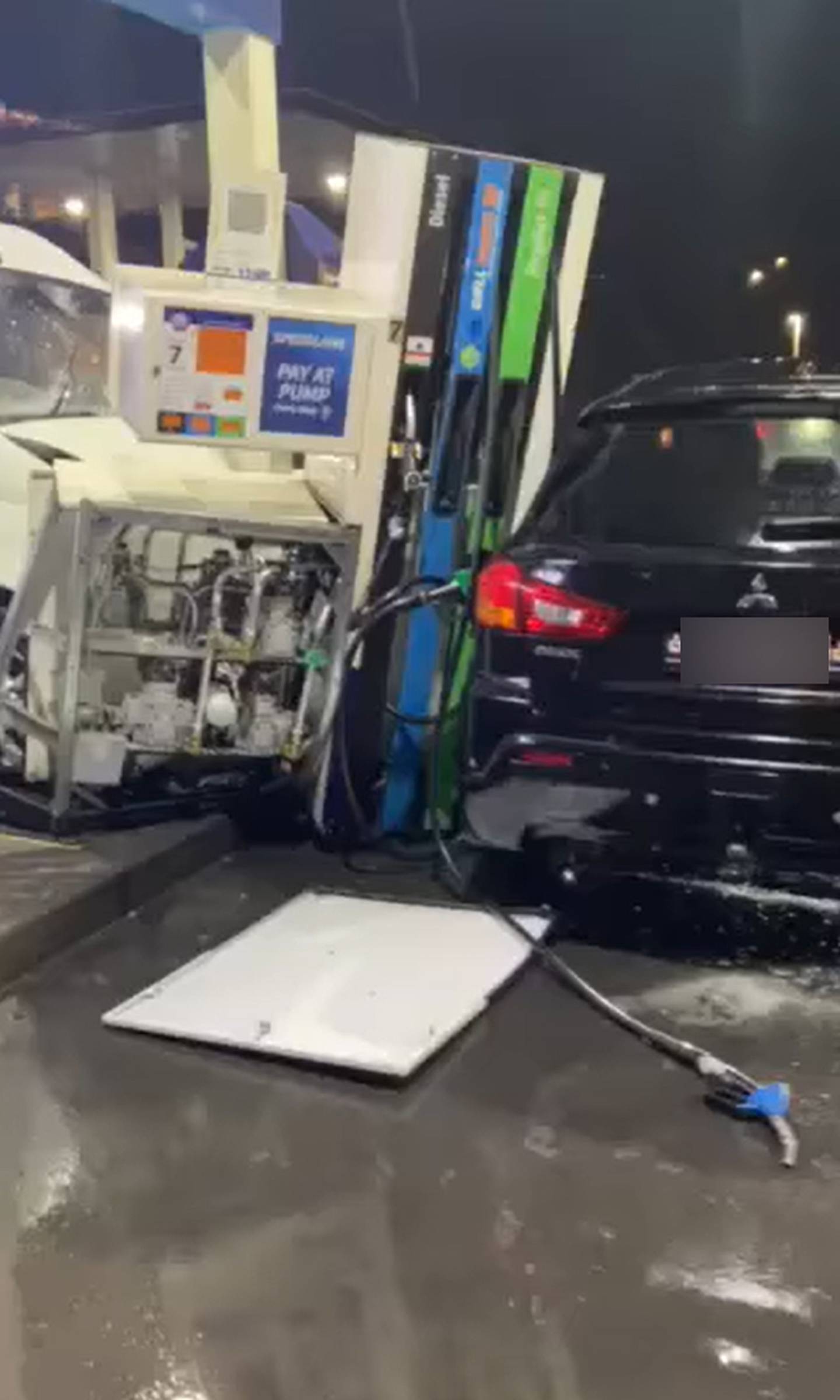 The force of the impact knocked the pump into the neighbouring car. Photo / Supplied

The lucky motorist confronted the van driver in the aftermath of the crash, revealing a tragic scene as the oblivious man exited his vehicle obviously impaired and drinking an alcoholic beverage.

"On the p*** still," the incredulous motorist said in a video posted online. 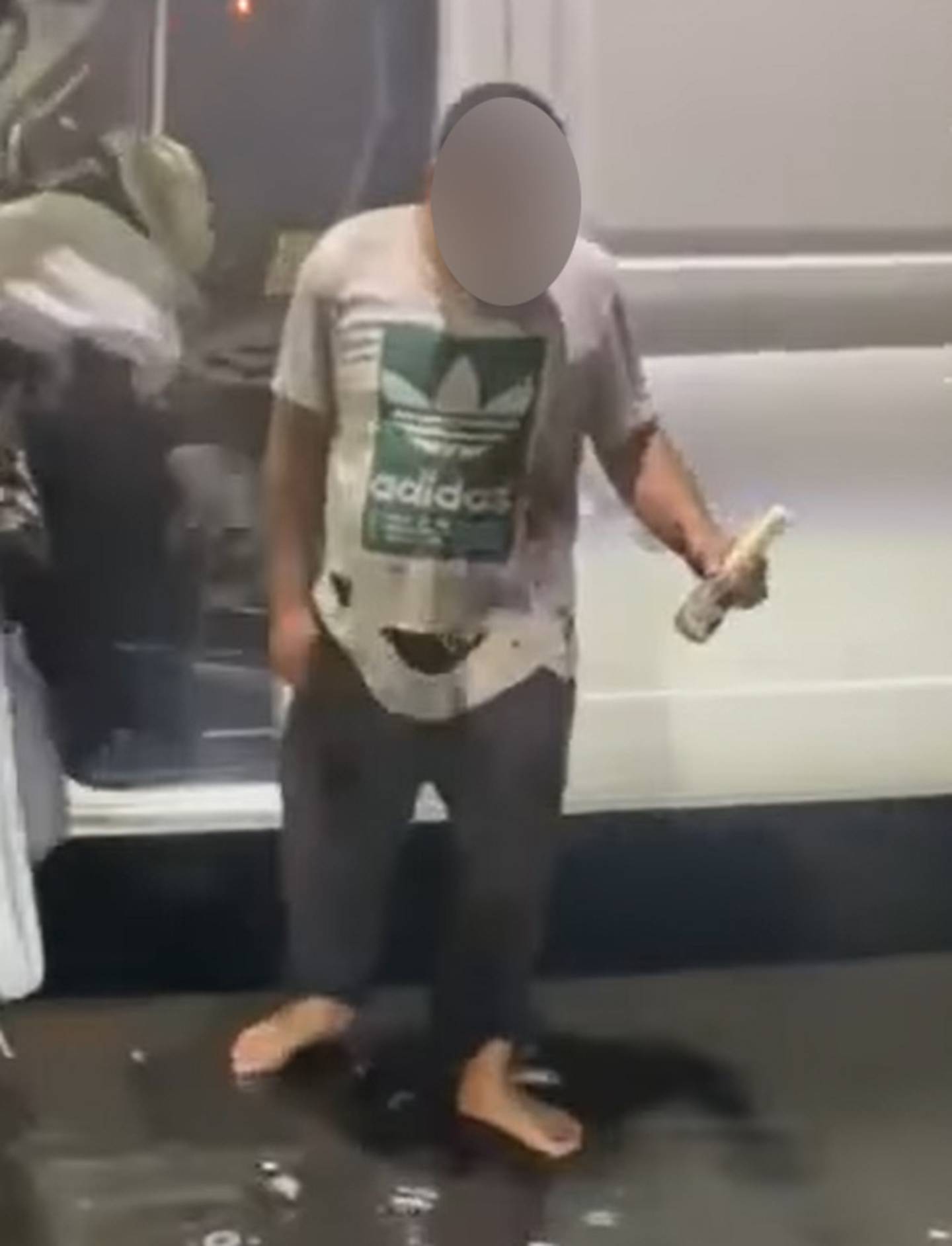 The driver holding an alcoholic drink moments after he left the crashed van. Photo / Supplied

A police spokesperson said last month that police attended and conducted EBA [evidential breath analysis] procedures, noting that the driver "made an error of judgment probably because of impairment" and that the matter was now before the courts.