A horror 24 hours on New Zealand roads has claimed the lives of six people.

Three people have died in a crash near Kaikoura, two are dead after a train collided with a car near Morrinsville, and a pedestrian has been fatally struck by a train in South Auckland.

The accidents take the national 2019 road toll to 312 deaths.

A family travelling just north of Kaikoura are believed to have been involved in a crash with a truck in which three people died.

An accident on State Highway 1 around 3.15pm on Friday, December 7, between a truck and a vehicle claimed the lives of three people and left two others in critical condition.

It is understood the vehicle involved in the crash was a family of tourists, Stuff reports.

The two critically injured patients are believed to be teenagers who were flown via rescue helicopter to Wellington Hospital and Christchurch Hospital.

Tasman road policing team leader Grant Andrews said on Friday the crash was a "horrendous tragedy" for all involved. 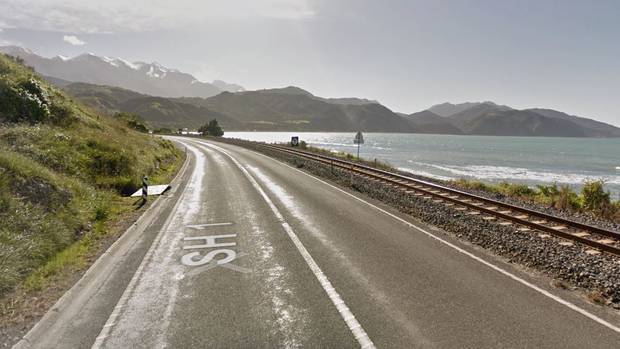 A witness said the crash was north of Hapuku and south of Mangamaunu on a section of road not affected by earthquake repair works. Photo / Google

Kaikōura fire chief Ian Walker said their crews removed the bodies from the car involved about 8pm on Friday.

Kiwi Concrete director Jonny Francis said the truck involved in the crash was a Road Metal truck from its Kaikōura branch.

"Our deepest sympathies are with the family and friends of those involved in this tragic incident. We're supporting our staff and working closely with the police with their investigation."

A witness at the scene said the crash was north of Hapuku and south of Mangamaunu on a section of road not affected by earthquake repair works.

Although the crash happened on a straight stretch of road, the local man said it wasn't known for speeding.

Accommodation provider Lynn Robinson was rocked to hear the crash so close to her home was fatal.

"It's just tragic. It's devastating."

She said the crash was just beyond a sharp bend that had only recently had its speed limit reduced to 80km/h because of the high number of smashes over decades.

The stretch of road where it happened was known to be the only place for some distance - north or south - where cars could pass.

"All the fast drivers and trucks know that's the place to pass but it's a blind corner and you've got to time it just right."

Robinson said locals would be on tenterhooks waiting to find out if they knew the dead people.

Robinson was also expecting guests. "I'm waiting for a family of three. I just pray it's not them."

In addition to the fatal crashes, one person has been critically injured in South Auckland crash after a 'car enthusiast boy-racer congregation' last night.