Most people in car crashes aren't ready to die.

You see it in the pained look on their faces, Auckland Rescue Helicopter chief paramedic Karl Taylor says.

For St John Waitakere manager Andy Everiss, it is the deaths and injuries to children that tug at his heart and send him rushing home to clutch his young daughters to his chest.

"There's been a couple of days where I've had to cut the day short and go home and give my kids a hug because I've seen a child that's been seriously injured or killed on the roads," he said.

"You just need to go home and see your own and make sure they're safe."

Like other Kiwi paramedics, firefighters and police officers, it instead takes the form of a collage of faces, blood and tears left behind by each crash.

This week - to mark Road Safety Week, running from May 7-13 - the Herald talks to a series of frontline emergency workers about the trauma they see everyday on New Zealand's roads.

And we find that, sadly, the carnage is becoming far too common.

One-hundred-and-thirty-four people have now died on New Zealand roads in 2018 as of last Friday, up from 127 at the same time last year and 116 the year before. Drivers are "still not getting the message about the dangers of using a phone". Photo / Mark Mitchell

St John paramedics are among the emergency teams feeling the pressure.

With more than one person injured in some crashes, it led to 9.4 per cent more patients requiring treatment than a year earlier.

Much of this is life-saving work.

Only 10 per cent of crash victims between April 2017 and March 2018 were already dead when paramedics arrived, while 17 per cent were either in a critical or serious condition.

And the scene that greets paramedics is often "chaos", Everiss said.

"At times we're dealing with multiple patients and at times, multiple dead." 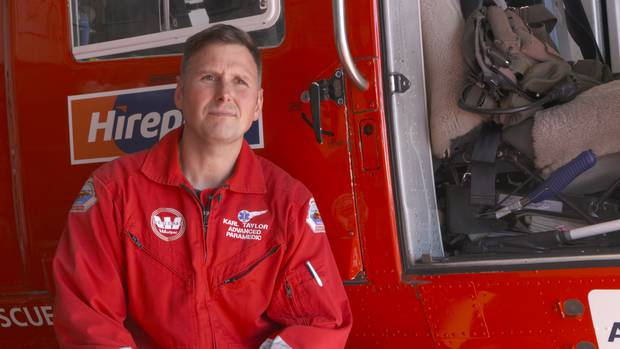 Everiss arrived at one crash and was "handed the bloodied body of a two-year-old girl who had been hit by a car".

"That's pretty traumatic for anybody," he said.

Police Assistant Commissioner for road policing Sandra Venables says her team will focus on road safety throughout May by running a national operation targeting seatbelts and cellphones.

She said almost a third of those dying on New Zealand roads were not wearing seatbelts.

"If they had taken the two seconds it takes to put a belt on they may still be here with their families today," she said.

"In a car crash you don't have time to hit pause and put your belt on."

Road safety charity Brake said, on average, 26 per cent of those who died in a car crash over the last decade were not wearing seatbelts. Drivers were also "still not getting the message about the dangers of using a phone".

Brake said 38 per cent of drivers in a survey admitted texting while at the wheel, while 22 per cent admitted making calls on a handheld phone, despite both activities being illegal.

"Drivers who use a phone to make a call are four times more likely to be in a crash resulting in injury than a driver who isn't distracted," the charity said.

For his part, Everiss urged drivers to take special care of their children.

With two girls of his own, he said it breaks his heart to come across young children sitting in the front seat of cars or in incorrectly fixed baby capsules.

"Children are very small and they're not responsible for this," he said.

"It's the adults, their parents, their caregivers, who are responsible to make sure they are safe."

•118 fatal crashes have taken place, compared to 116 at the same time last year

•March was the worst month so far this year with 41 deaths. January was the next worst with 36 deaths