Grace Millane's father said the murder verdict from the jury "will not reduce the pain" the family has suffered.

David Millane made the comments after a jury of 12 returned a verdict of murder for the man who killed her after a Tinder date.

"This will be with us for the rest of our lives," he said.

"Grace was a beautiful, talented, loving daughter. Grace was our sunshine and she will be missed forever.

"She did not deserve to be murdered in such a barbaric way on her OE year."

David thanked the police and prosecution. The prosecutors "never flinched away from the more intimate details of the case" and showed compassion and thoughtfulness towards the family.

David and his wife Gillian were in tears through their statement. At one point he struggled to read his statement, because of the tears in his eyes.

He thanked the people of New Zealand.

The country had "opened their hearts to Grace and our family," he said.

"We must return home and try to pick up the pieces of our lives and our day-to-day without our beloved Grace."

The jury's decision was unanimous. As jurors left the courtroom some could be heard sobbing.

Her parents were in the public gallery for the verdict and embraced as they heard the words guilty of murder. Her mother Gillian was weeping.

The murderer, 27, looked distraught. He can not be named for legal reasons. He is due to be sentenced on February 21.

A year of heartbreak for Grace's family

Grace Millane had set out on her OE and had only been in New Zealand for 10 days when her life was cruelly snuffed out during sex with a man, 27, she had met earlier that night on Tinder. She died on the eve of her 22nd birthday in December last year.

The Crown said her killer spent five to 10 minutes strangling her and then took "trophy" photos of her body. He then created a "labyrinth of storytelling and lies" while calmly disposing of her body and other evidence.

After Millane died, her killer searched on Google for "hottest fire".

Several pornography sites were then accessed and videos viewed.

At 1.59am on the night she died, a photo of a naked woman was taken using his phone.

Earlier today Justice Moore provided his closing remarks and directions to the jury.

After deliberating for the afternoon the jury knocked on the courtroom door about 4.45pm to ask a question. 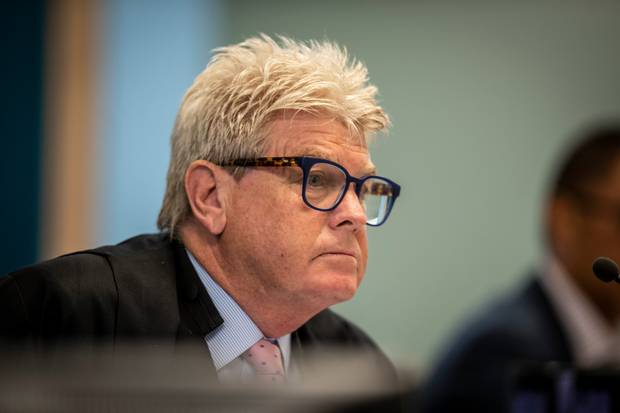 Justice Simon Moore had to answer a question from the jury. (Photo / Michael Craig)

Justice Moore said: "It is not limited to the beginning. It can be at any time during the application of force leading to death."

The jury's foreperson told the judge and court that their deliberation wouldn't take much longer and they were likely to reach a verdict this evening.

After the verdict was returned at 5.45pm Justice Moore told the jury "it is never easy to judge a fellow man".

"It is evident each of you has thought very hard and very careful," he said. "This has been a particularly difficult trial."

The judge discharged them all from sitting on a jury for the next seven years.

The Crown said the accused strangled the British backpacker to death and then took "trophy" photos of her body.

But the defence claimed the 27-year-old "freaked out" after an accidental death during sex. 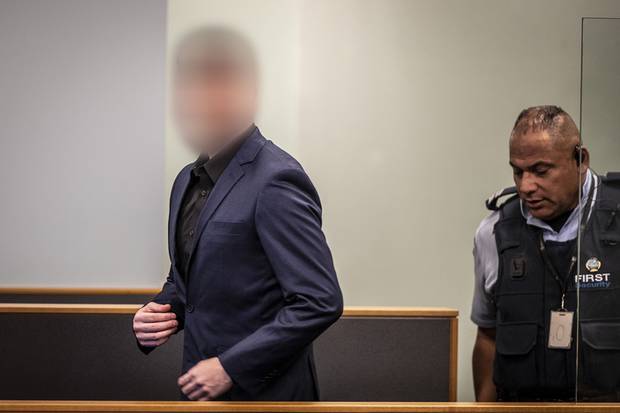 The accused entering the dock in the High Court. (Photo / NZ Herald)

Dickey and his team said the accused murdered Millane in his CityLife hotel apartment in downtown Auckland on December 1 last year — the eve of her 22nd birthday.

During his closing address, Dickey said it was a misconception that the Crown have to prove the accused intended to kill Millane.

"That is wrong," he said. "That is one method, but it is not the only method."

Dickey told the jury they could convict the accused of murder if they found he displayed a reckless intent.

But Brookie said Millane's was an "accidental death that took place during sexual activity".

When confronted with Millane's lifeless body, Brookie said his client "freaked out".

"He reacted badly," he said. "He acted selfishly. Once committed to that course he had to follow it through, he had to make it look like everything was fine.

"He lied and tried to cover it up, there's no dispute about that."