Gloriavale's leaders have issued an unprecedented public apology today - saying they "denounce any and all offending that has occurred" at their secretive Christian community.

"These actions are abhorrent to us," they said in a statement sent to the Herald.

"It is a letter of apology that draws a firm line in the sand between the past and the future."

The West Coast sect has come under fire of late after a number of members were charged with offending - including sex and child abuse.

The Employment Court also ruled that a group of ex-Gloriavale members were employees from when they were just 6 years old and they regularly undertook "strenuous, difficult, and sometimes dangerous" work when they were still legally required to be at school.

The landmark decision now opens the door for the leavers to take further court action against Gloriavale. 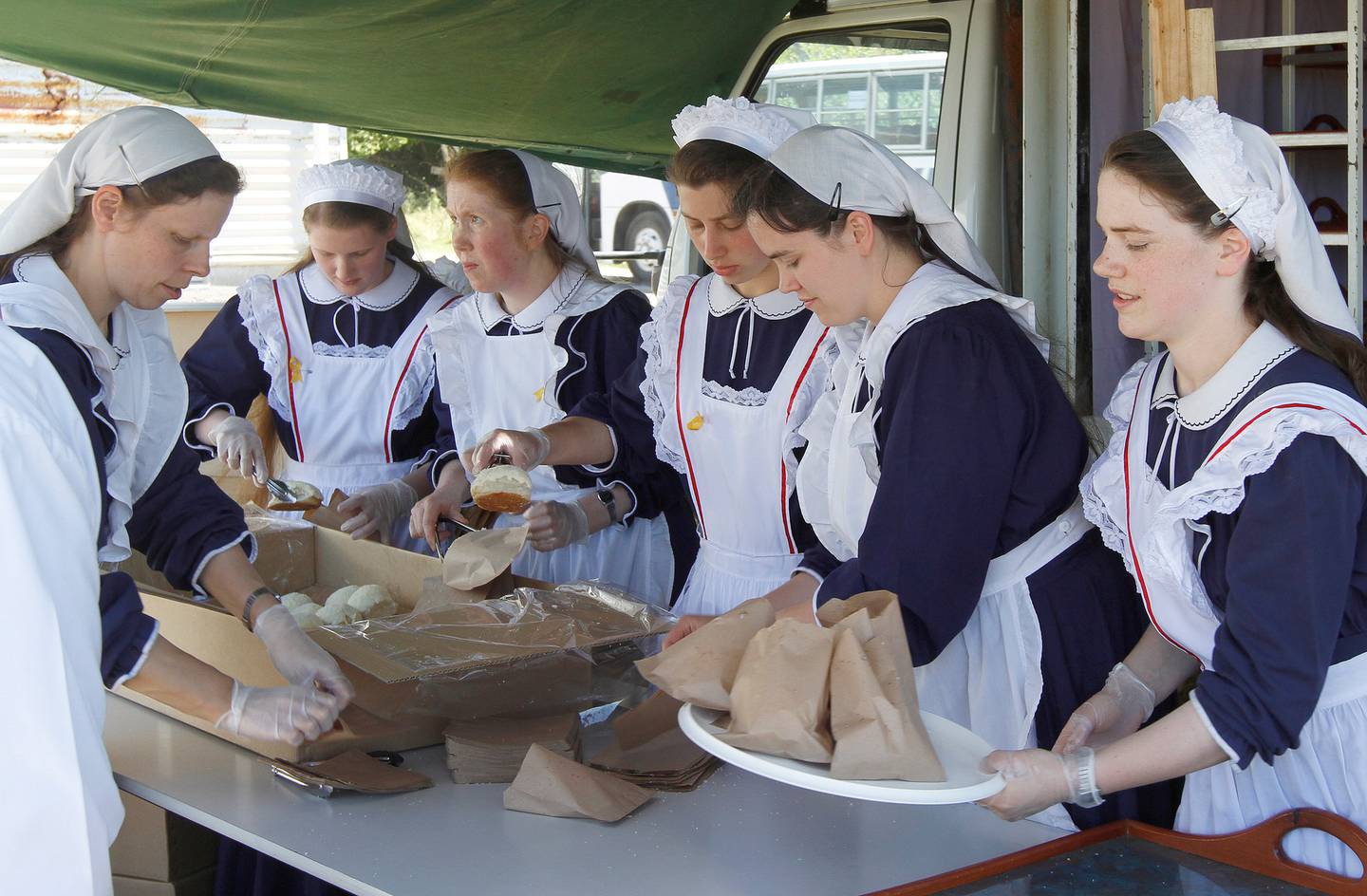 Members of the Gloriavale Christian Community, based at Haupiri, 50km from Greymouth, make iced buns in 2010. Photo / Mark Mitchell

Today the leadership claimed, "much has changed at Gloriavale since 2018".

"When, at the passing of our founder, the leadership mantle passed to a new leader," they said.

"During this period we have revised our governance and charted new directions for our community.

"We are deeply saddened by the harm members of our community have experienced.

"We apologise for our role in failing to prevent and protect victims of labour exploitation and sexual abuse."

"These actions have hurt us as well, as those who have suffered are also 'us' – they are our children, our families, our friends and loved ones.

"We ask the public for forgiveness and to accept our open commitment and willingness to make significant changes.

"We hope this letter provides assurance that we are doing everything in our power to ensure the transgressions of the past are never repeated."

The Gloriavale leaders vowed they were "developing better support for families" - including those who wish to leave.

"New processes are also underway to support our young people to make their own choice about whether life at Gloriavale is for them, and then fully supporting them in their decision.," the statement said.

"Families at Gloriavale are free to contact former Gloriavale family members and anyone who has left our community can visit if they respect our culture.

"Hundreds of people have joined or been born into the community since its inception 50 years ago, with current residents totalling around 600.

"Like any such large community, there will be disagreements between family members and neighbours, and instances where individuals fall short of the law. "Our faith is built on forgiveness and the notion that as individuals we are neither perfect nor beyond reproach."

They said Gloriavale "remains the only home that most of those who live here have ever known".

They said any commercial boycott of their operations would have "will have a significant impact on hundreds of lives".

"Gloriavale also indirectly supports the livelihoods of the employees and families of a great many service businesses throughout the West Coast region," the leaders said.
In recent weeks major contracts have been cancelled or threatened with cancellation over the recent Employment Court decision.

"To conclude, we reiterate that we denounce any and all offending that has occurred at Gloriavale.

"These actions are abhorrent to us, and our hearts go out to those who have suffered."

The leadership also claimed they were seeking to "reach out" to those no longer in the community and encourage them, along with current members, to "speak to us openly if they have experienced harm in any way".

They assured they had established "numerous procedures" that make it safe for people at Gloriavale to share their experiences.

That, said the leadership, would allow them to take steps to "ensure they are loved and protected, with options for remedy".

The leadership also addressed the "safety of children" at the commune.

"Despite all our efforts to create a safe haven, we too have been hurt as we discovered the extent of sexual offending that has occurred within our community," they said.

"We have put in place extensive measures to ensure such events cannot reoccur.

"Gloriavale has worked with independent counsellors and external agencies to help the victims, and adopted a rigorous child protection policy that encourages all members of the community to report abuse to the police, Oranga Tamariki, or the child protection team."

They revealed that an independent social worker nominated by Oranga Tamariki visits once a week.

"We make an absolute assurance that sex offenders will not work in our schools or directly with children.

"We urge people to reflect that it was our own children and grandchildren who were harmed – more than anything we want to begin the healing process."

Regarding the working conditions within Gloriavale, the leadership said they "can state categorically that child labour is no longer used in the commercial activities" of any of their businesses.

"And our health and safety policies are now fully aligned with the International Labour Organisation (ILO) Conventions on child labour," the statement said.

"Gloriavale is actively engaged with all relevant regulatory authorities to ensure their ongoing oversight.

"We have been independently reviewed by multiple government departments and agencies, and we welcome any further evaluations and recommendations.

"We also welcome any audit of our policies, procedures, practices and workplaces."

They claimed their current health and safety policy "does not permit children to enter our commercial business sites".

"And our school's work transition programme was ended last year so that our teenage children could continue with their senior education," they said.

"Children at Gloriavale participate in the same type of schooling, involving the same number of hours, as all other New Zealand children."

Further, they "recently restructured" their commercial business operations to "allow parents to be with their children from 3pm".

"Like thousands of other rural New Zealand families, we involved our children in the day-to-day practices of farm life with the intention of providing them opportunities to learn alongside us and gain life experience," they claimed.

"As parents we are working to understand the distinctions between household chores, farming duties appropriate for children, and commercial work, and we are committed to change with respect to our views and practices."

The leadership said their "highest ambition" was to "live peaceably as Christians and to raise our children within an environment of love, safety and security".

"Gloriavale acts as a social and spiritual support network with strong values of teamwork, family and contribution. In this way we are a multi-faceted organisation much like any large extended family, a rural town, a club, a church, or a hapu," they said.