A Kiwi photographer has captured an incredible aerial shot of a tartan-styled ocean wave break which is being described by some as a "phenomenon".

Nelson man Jack Burden grew up visiting Whangamata when he was a youngster and decided to return to capture images of the coastline.

But while sending his drone up to take in the sunset over Clark Island, he managed to capture the moment cross waves were breaking to form a unique pattern.

Burden told the Herald that locals and holidaygoers often walk out to Clark Island and so was curious as to what the cross waves looked like above.

"It's quite a special place for my family. As a kid I remember walking across to Clark Island and remember getting battered by the cross waves at low tide around waist-deep.

"When I finally picked up a drone, I had this idea to have a look and see what it was like from above.

"The photo and the abstract pattern really resonated with people who experienced going to Whangamata and walking out to the island.

"What struck me when I first saw the back of the camera was how symmetrical the waves were. All the ratios seemed to work, which adds to the image. I knew it was pretty special." 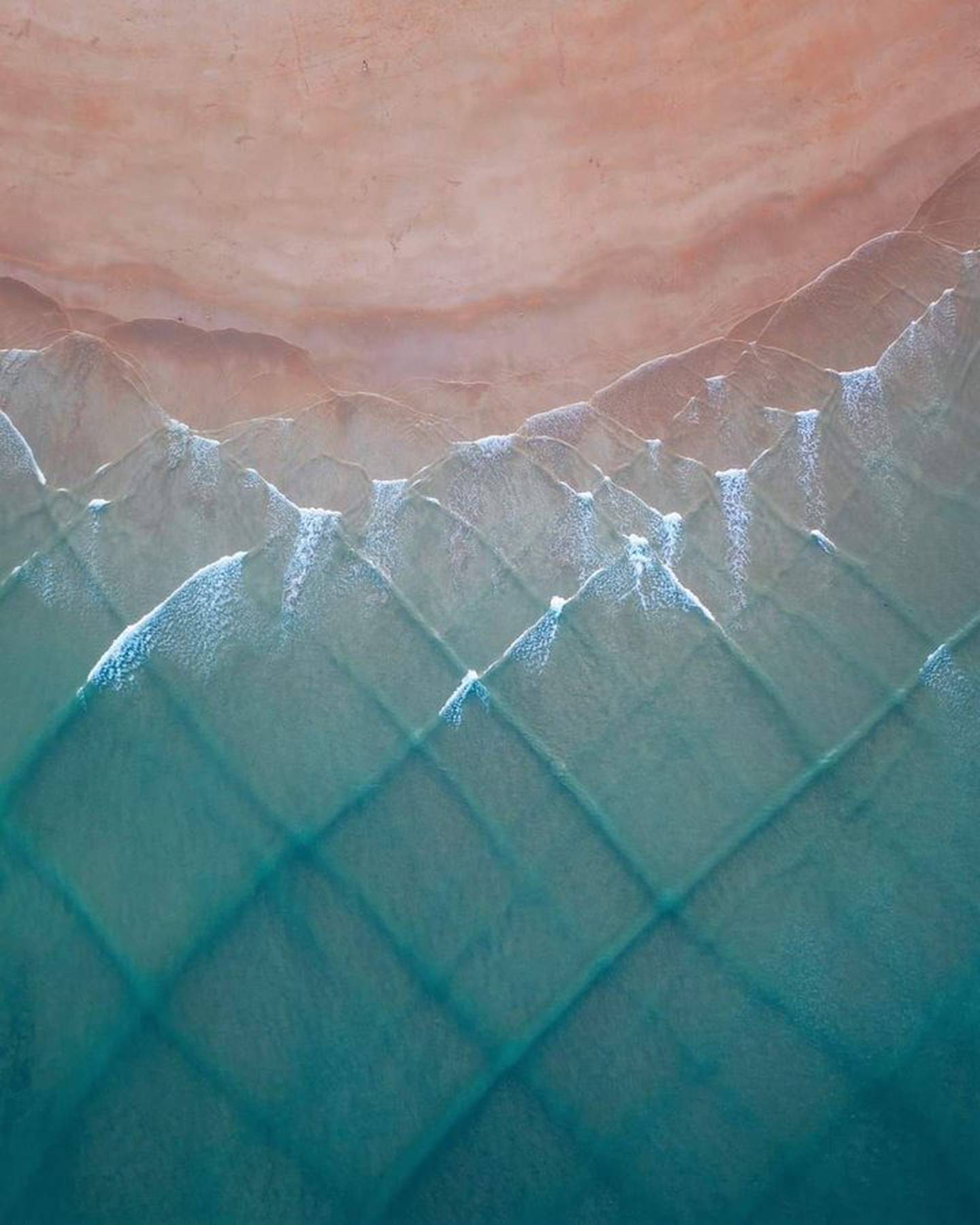 The image was posted to social media and has since gone viral, racking up more than 50,000 likes and reactions.

Viewers from around the world were left gobsmacked, with many commenting they had never seen anything like it.

"What in the simulation glitch is that?" one said. "It's a glitch in the matrix."

Another added: "Fifty-six years and nature still amazes and surprise me ..."

"Seeing wave interference on this scale is so cool, you can literally see the constructive and destructive interference/peaks and troughs," a third wrote.

Some viewers were concerned the water pattern would make for dangerous currents.

However, Burden said thousands of locals and tourists walk across to Clark Island every year and said the water level is low.

"All sorts of people say how dangerous it is. But what people don't realise is that the water is only knee-deep and the waves are not much bigger.

"Those cross waves happen every way and it's down to the way Clark Island sits offshore and how the swell wraps around it and comes back."

So how does this happen?

Metservice said the phenomenon is "not as rare as you think" and described how the pattern is formed.

"You just need swell coming from two different directions, in this case 90 degrees between them," Metservice explained.

Maybe not as rare as you think!

You just need swell coming from two different directions, in this case ~90° between them 📐

Perpendicular swell like this can make for hazardous boating conditions 🤮 https://t.co/Ge8OUOicGi

Metservice also explained that "perpendicular swells like this can make for hazardous boating conditions."

It's not the first time Burden has captured New Zealand's mind-blowing scenery.

The photographer has travelled all over the country to share some of the nation's most beautiful spots that many will never get to experience in person.