Heavy snow is set to blanket southern and eastern regions of both islands over the next 48 hours and towering seas will surge through Cook Strait.

Extensive warnings have gone out as much of the country is set to freeze in the grip of giant snowstorm. 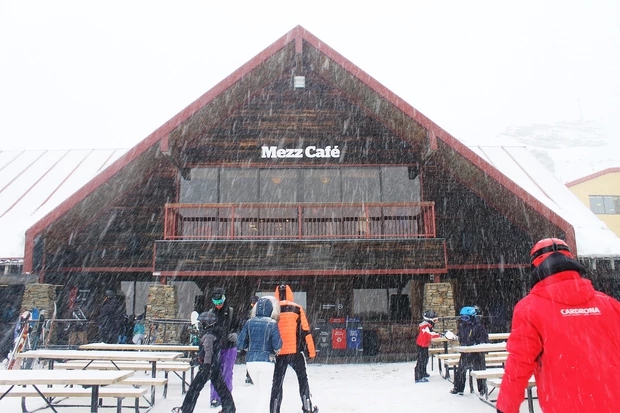 Travel operators across the country are preparing for major disruptions as the storm strikes. The Interislander today cancelled all sailings from tomorrow evening through to Friday because of predicted 7m high waves. Widespread snow is expected to fall as low as 100m across many southern and eastern areas of the South Island from now until Thursday. Potentially damaging gales are also expected to whip through North Canterbury, Marlborough and Nelson tomorrow and overnight until Thursday.

Tomorrow the storm is due to hit the lower North Island.

Central and eastern regions are expecting up to 20cm of snow down to 400m.

Road snowfall warnings, which have been issued for all South Island alpine passes and the highway north of Dunedin, now include Wellington's Rimutaka Hill Rd, the Desert Rd and the Napier-Taupo highway. 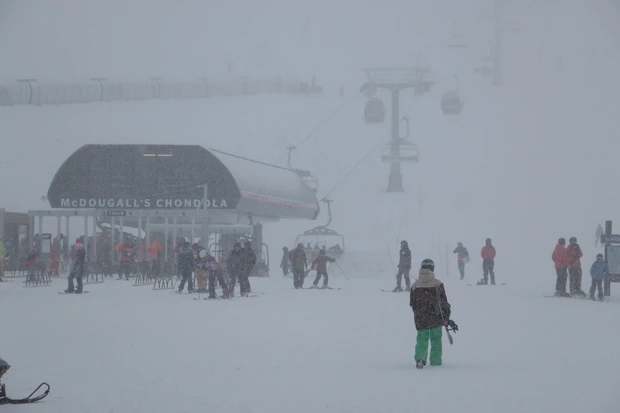 The lower half of the island is also expected to be pounded by gales and heavy rain on Wednesday and Thursday.

This morning snow was falling steadily in Central Otago as the rain band ushering in the frigid weather tracked up the island's east coast.

Ahead of the stormy forecast travel operators began suspending trans-alpine services including the West Coast shuttle bus service, which has suspended its daily return journey tomorrow.

When and where the worst weather will strike
Snow falling below 500m
Southland and Fiordland: During today through to Wednesday afternoon.
Otago: Until around midday today, and again from tonight until Wednesday evening.
Canterbury and Marlborough: From this evening until Thursday afternoon.