Two young fashion designers who kicked off their careers featuring in glossy magazines say they are now owed more than $20,000 in unpaid wages and legal fees and have been left rebuilding their reputations.

Sophie de Renzy and Zoe Kerr had a dream to work in the fashion industry and had articles published in Elle and Remix magazines.

The pair worked as associate directors for the fashion label Outre Clothing with founder and managing director Pranav Maharaj, 24.

They designed leisurewear, booked models and styled photoshoots, looked after social media and took a leading hand in running the label.

But that ended in February. De Renzy said she arrived at work one morning to find a notice on the door of the business from the landlord. It faced eviction from its Newmarket address for rent arrears. De Renzy gave notice and resigned that day.

From that point de Renzy claims she was not paid and was owed wages and holiday pay.

She said she and Kerr struggled to pay rent and buy food and have each lodged personal grievous claims against their former boss. 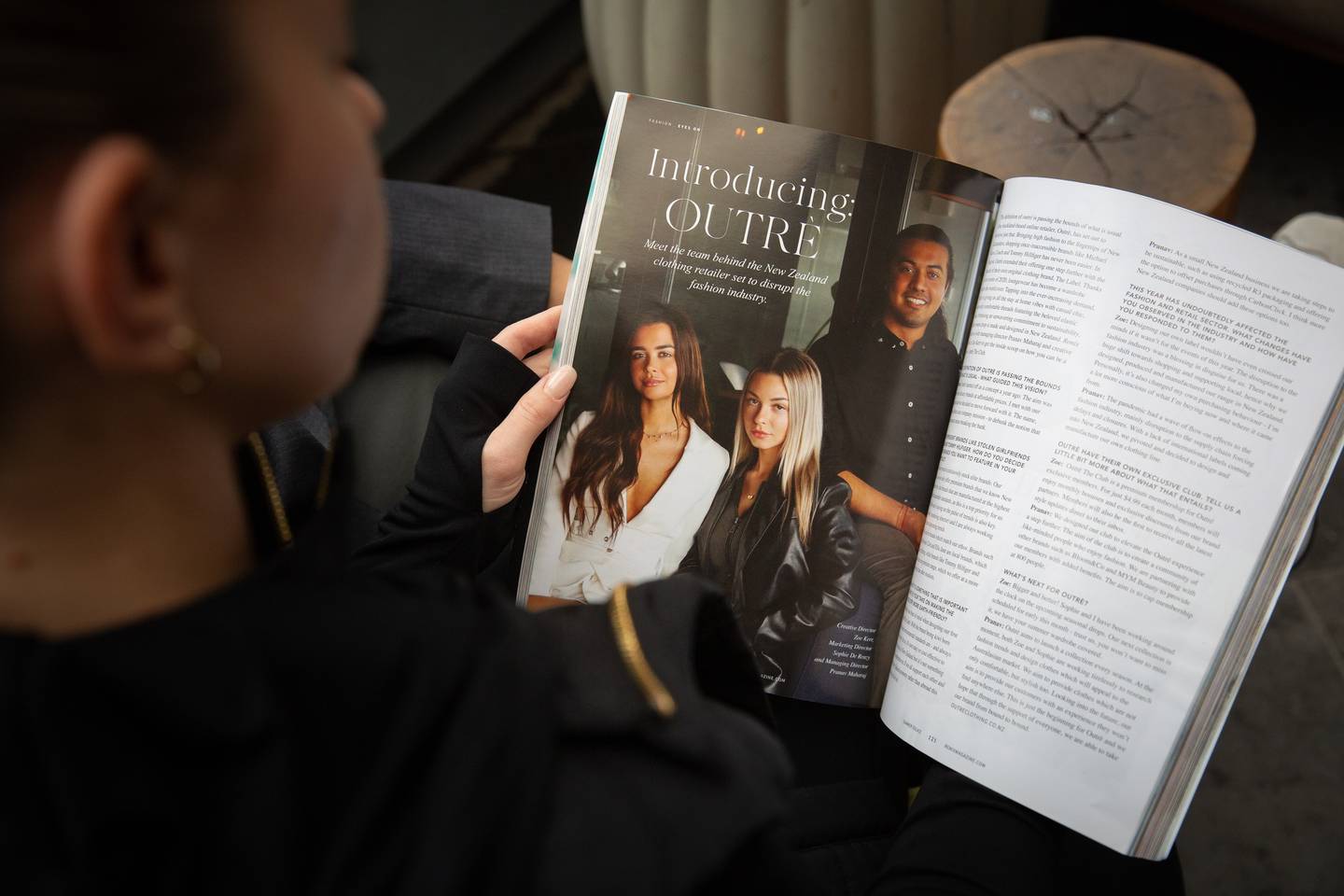 "What happened has had a huge impact on both of us and we feel our reputations have been tainted," de Renzy said.

"I have long-term anxiety after struggling to get by with absolutely no money."

In a legal letter, de Renzy's advocate says Maharaj lied and failed to pay wages of $6467.27. Kerr claims to be owed around $14,000 in wages and legal bills.

De Renzy claims she was constantly told by Maharaj that the payment for wages would be "through the next day" but nothing ever landed in her bank account.

Emails and text messages viewed by the Herald on Sunday show Maharaj assured de Renzy the payments were being processed.

Since leaving Outre, de Renzy had started a new job in retail but was upset Maharaj had opened in a new location and was looking to employ staff.

To add to the hurt, de Renzy said despite owing thousands, her former boss sent invites to a boat party on the same day as his birthday in June.

The invitation promised "lots of food and drink guaranteed. As well as lots of networking opportunities."

"I can't believe he owes us all of that money but can plan a party like that." 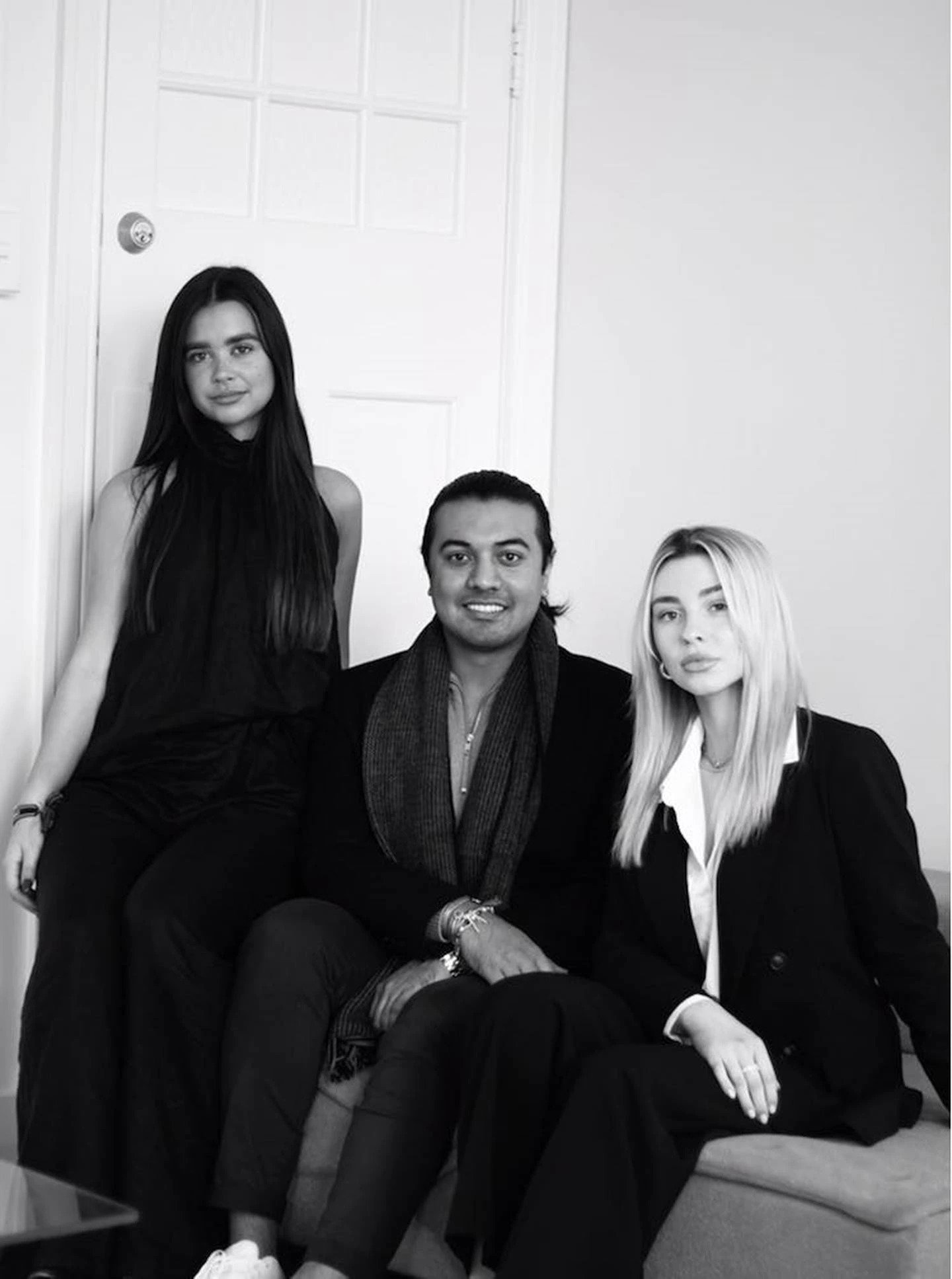 De Renzy claims Maharaj was "employing more people and just carrying on all while promising us, we will be paid and then not doing it."

When called by the Herald on Sunday Maharaj confirmed the amounts Outre Clothing owned de Renzy and Kerr.

"In regards with the salary, we had some cash flow problems in the past couple of months. We had never missed a payment for salary before that," he said.

"I didn't foresee the amount; it went a bit haywire and I was unable to pay the girls on time."

Maharaj said since the business was evicted from its Newmarket studio he had set up in a smaller space in Albert St in the city.

"I have one part-timer and we are looking to get more people on board. I don't want a repeat of what has happened.

"Basically, we are waiting for our things to sort out and we can restart on a smaller scale."

Asked if it was appropriate to plan a boat party when there were still debtors to pay Maharaj said the party had been put on hold.

"We are getting our finances in order and we should have some payments to the girls and some of our debtors this afternoon or tomorrow morning," he said on Monday.

"We won't have the party until people are paid."

On Tuesday de Renzy and Kerr received $3000 from Outre.

"After all of this time we randomly had $3000 put on our accounts but it is not enough and it's too late," de Renzy said.

It is understood others claim Outre Clothing owes them money.

Phoenix Park, who sells brands such as Nike Dunks, Air Jordans and Yeezy Slides through his company Basement Store, said he was originally owed around $7000 but he had received payments and was now owed $3000.

"I have taken a claim out with the Disputes Tribunal for the remainder because I have been told that is all I can do."

Maharaj said he was working on getting money to all of his debtors.

He said he sympathised with de Renzy and Kerr and said he too was trying to rebuild his reputation.

"I completely understand Sophie's point of view especially being a young person and so reliant on wages. I should have just been more transparent with them from the get-go.

"I am not running away from the fact I owe money.

"I intend to live in this country for a very very long time so I realise it is taking a bit longer but I am working extremely hard to make sure everyone is paid and we can move on."