"He was a thorough gentleman and exemplary broadcaster," former newsreader John Hawkesby said on Sunday evening.

Sherry was a constant face and voice on TV screens for decades, his career spanning broadcasters including NZBC, TV One, South Pacific Television, TV3 and Radio NZ.

Sherry has been credited for the quote: "Newsreading is like riding a bicycle. All you need is sobriety and good eyes." 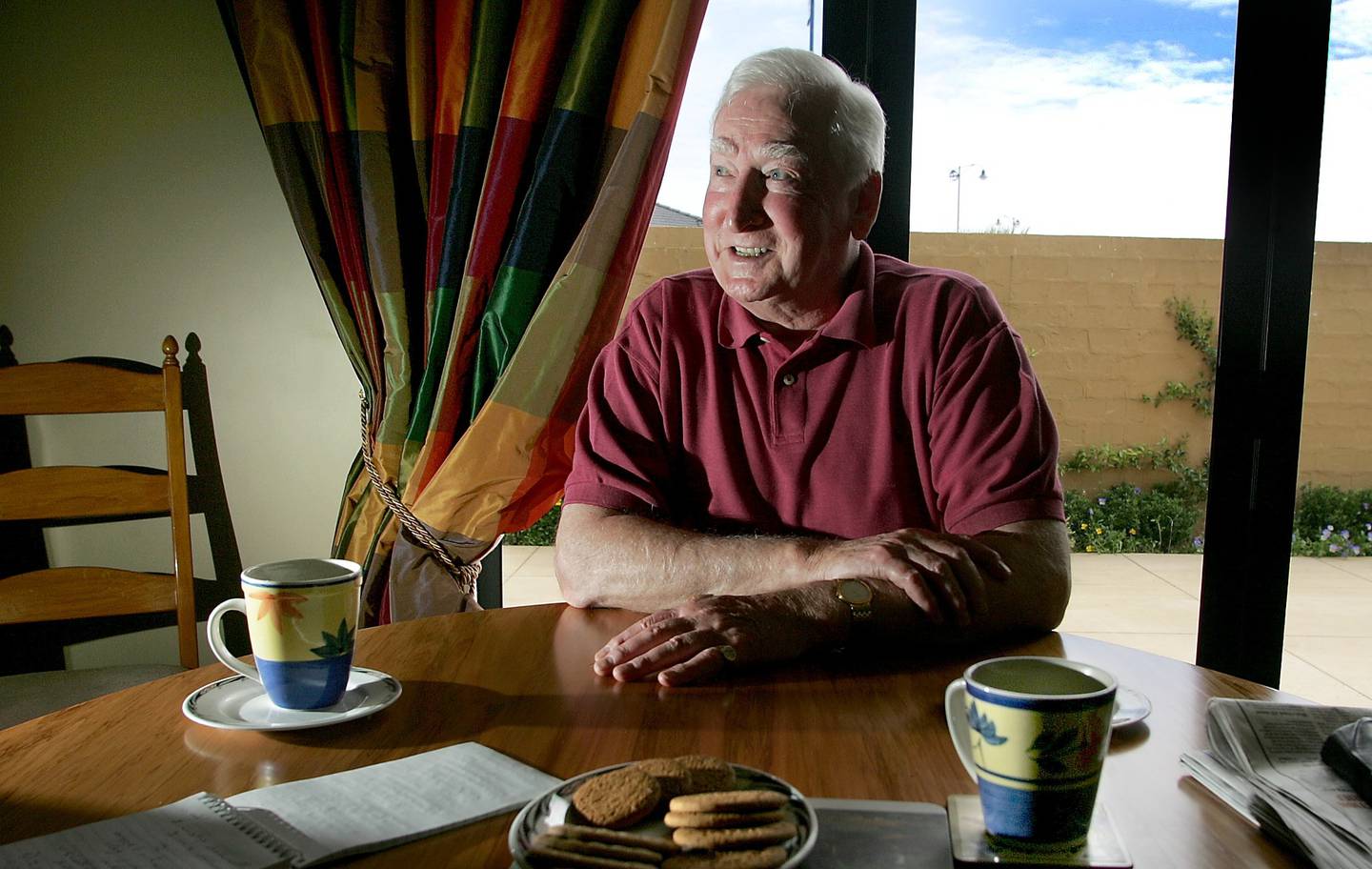 Philip Sherry, seen after moving to Papamoa and winning election to the Environment Bay of Plenty council in 2004. (Photo / Mark McKeown)

Hawkesby believed Sherry might have originally said "sobriety and good eyebrows" were the only prerequisites for newsreading.

"He was classic," Hawkesby added.

Tom Bradley and Sherry were a familiar tandem team to a generation of TV news viewers at TV2 from the mid-1970s.

"Our paths crossed for a good number of years. Funnily enough, I used to watch Philip Sherry back when I was at school," Bradley said.

Bradley said Sherry was a man of integrity, who read the news objectively.

Goodnight Philip. Thanks for everything. pic.twitter.com/jv08BCU7vw

"He was very conscientious. He made sure that he was the absolute professional."

But off-camera, Sherry had a wicked sense of humour, Bradley said.

Bradley said Sherry was a devout Catholic and humanitarian, who during his newsreading years, voluntarily drove retirement home residents around as an act of public service.

"He wanted to be a good citizen, always doing his bit for the community."

The man, the myth, the voice and the eyebrows, Philip Sherry has died. Rest In Peace to a gentleman of the airwaves. pic.twitter.com/bD7jB5kwJt

Sherry was in hot demand for decades, and Bradley said his decency and professionalism partly explained his endurance in the industry.

Sherry's son Vincent said his father passed away on Sunday morning, with family surrounding him, after battling illness for a few months.

"He's a beloved father, husband, grandfather, great-grandfather, and to back up what the other gentlemen have said, he was a real professional in his craft but a real community man."

Vincent Sherry said his father had a lifetime of public service, first in broadcasting, then with a roughly 25-year career in local body politics.

Much of Sherry's community work was done quietly, without seeking any attention, Vincent said.

Details of a funeral are yet to be finalised, but it's expected a service for the family will be held.

Sherry began reading television news in 1963, and after about 27 years moved on to other pursuits.

According to NZ On Screen, Sherry also had overseas jaunts with radio announcing jobs in Vancouver, London, Hilversum in the Netherlands, and the Swiss capital, Berne.

After his TV career, he served as a local councillor after moving to Papamoa in the Bay of Plenty.

He also served on Auckland Regional Council, representing the North Shore, and was a Justice of the Peace.

In 2018, he was made a Member of the New Zealand Order of Merit for services to local government and broadcasting.

In the New Year Honours list that year, he was also recognised for supporting the Macular Degeneration New Zealand Society.