A warning for residents to close windows and to stay indoors after an industrial fire broke out in an Auckland suburb has been lifted.

Fire crews have contained a large fire that broke out at a commercial building on Neilson St, in Penrose, just before 2am.

An advisory was quickly sent out and some people in the area received an emergency text saying the fire was producing "toxic smoke". Residents in Onehunga, Māngere Bridge and Favona were advised to stay inside.

"Keep windows and doors closed. If you have any health issues, contact Healthline," the Fire and Emergency NZ text said.

At 8am, the advisory was lifted in a final update from FENZ.

"The fire created a potentially toxic smoke plume which was carried by the wind over the above suburbs, but has now dissipated," a statement said.

Fire authorities said the building owner has said that there is no asbestos or other hazardous substances in the building. 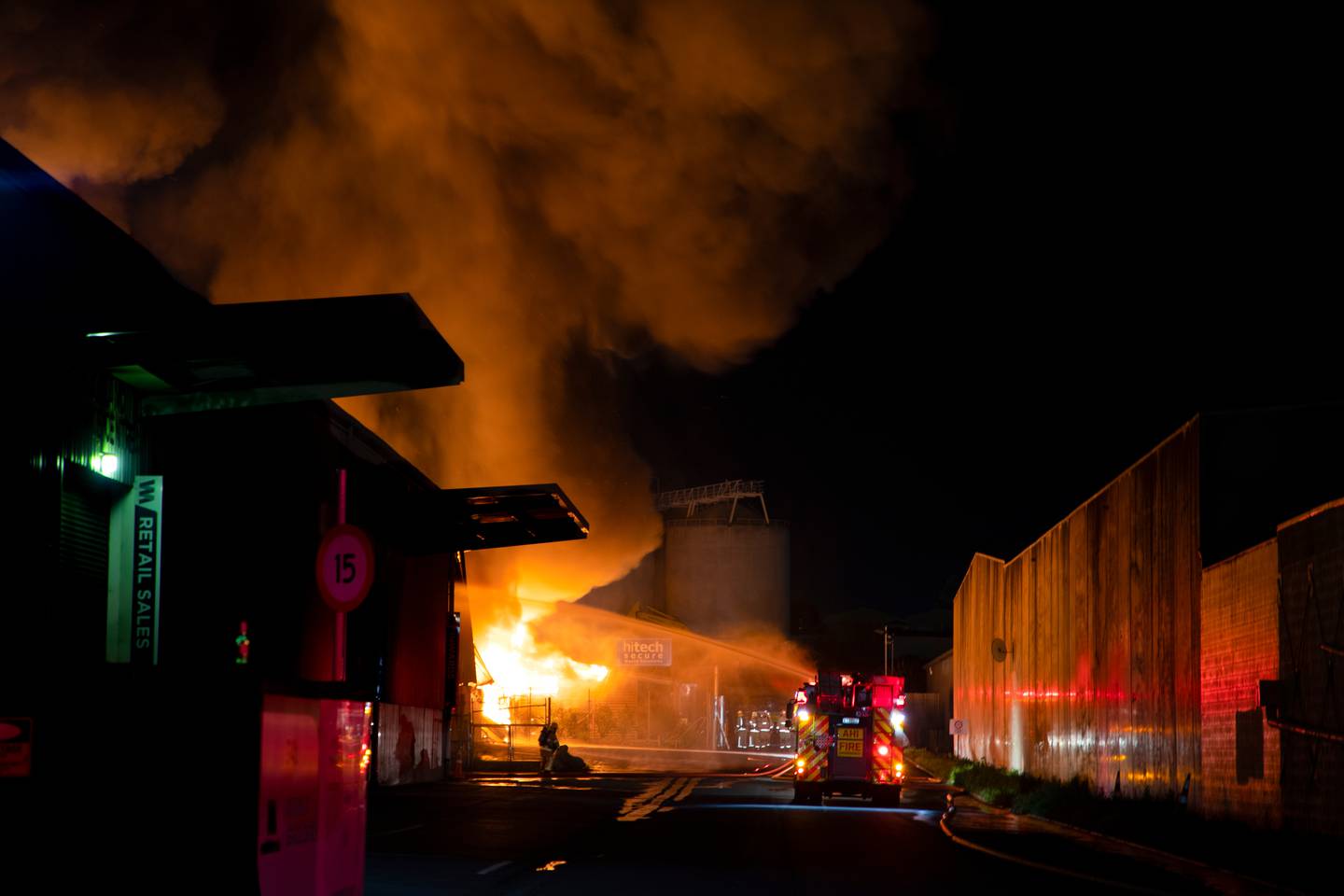 Residents of Onehunga, Mangere Bridge and Favona in Auckland have been advised to keep their windows closed. Photo / Hayden Woodward

"But people should still take precautions and avoid the smoke plume."

A witness at the scene described massive explosions and fireballs coming from the inferno this morning as the large building was engulfed in flames.

"There were multiple explosions - up to 10 booms going off," he said.

Huge plumes of smoke could be seen rising from the building as massive flames lit up the area.

Firefighters were spotted on a nearby truck with a crane and dousing the fire from above.

At least some schools in the affected areas are closed until further notice, including Waterlea School and Māngere Bridge Primary.

Te Papapa School, on Mt Smart Rd in Onehunga, is telling parents to keep their children home, if possible. However, the school will remain open for those who cannot stay home.

Royal Oak Intermediate has also issued a notice to parents: "Please do not worry too much about school. Keep yourselves safe and we hope to see your children when they are able to come."

Onehunga High Schools remains open on the advice from authorities. Hillsborough resident Mackenzie Koppel said she received an emergency text "just before 5.30 this morning. It just said that there's a large commercial fire on Neilson St in Onehunga that's releasing toxic smoke and we're advised to keep our doors and windows closed and to stay inside".

Koppel said she and her family could not smell anything that might be from the fire but said they could see it. 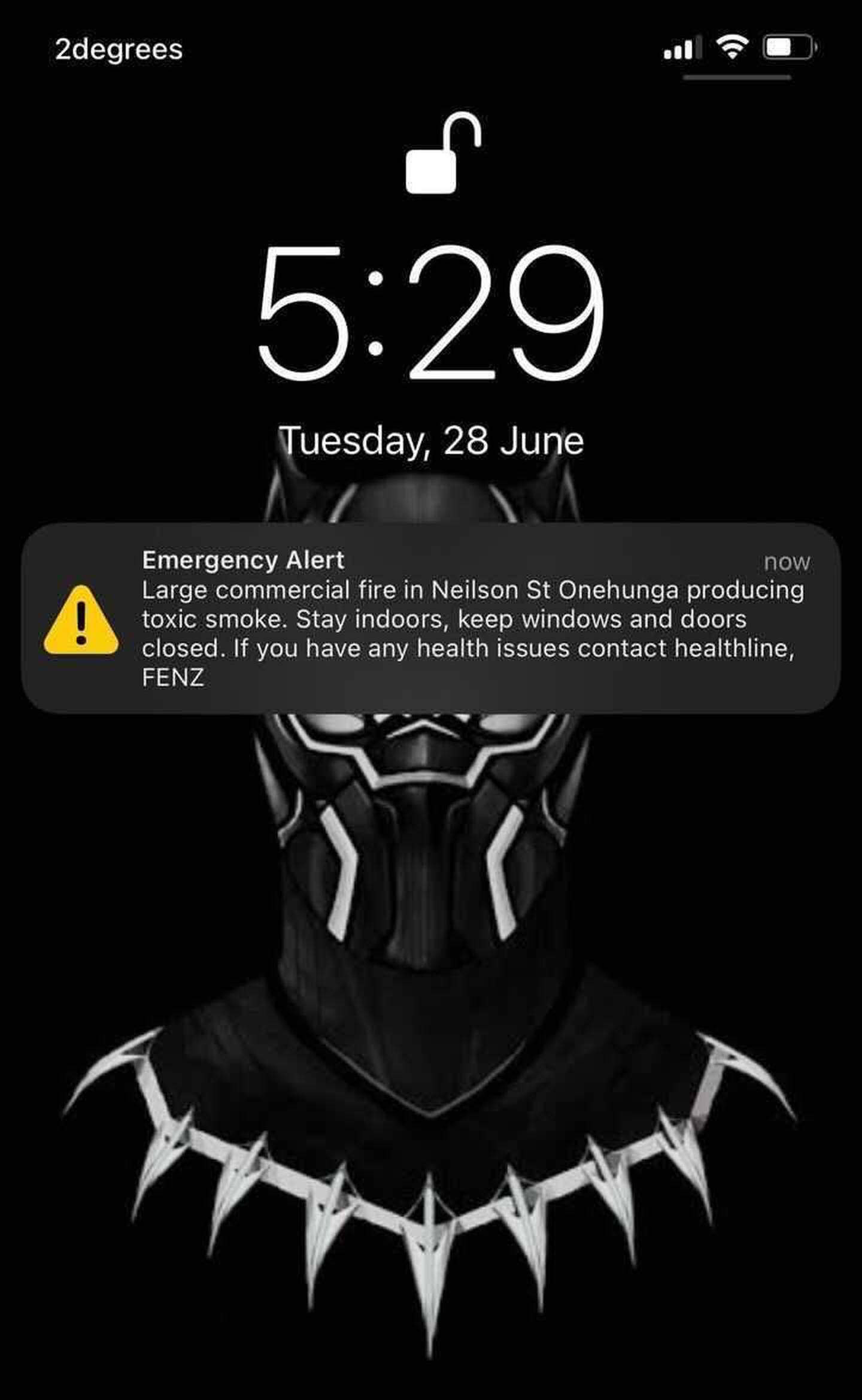 The emergency text sent to residents near the Penrose fire early this morning. Photo / Supplied

7.40am update: Road reopened, but some delays

Waka Kotahi NZ Transport Agency issued a travel alert at 6.30am, saying: "Avoid this area if possible or expect diversions and delays."

By 7am, traffic was heavy around Onehunga. The congestion is also causing delays to buses coming from the nearby bus depot and in the general area.

Lanes on Neilson St have since been reopened. But drivers are told to allow for extra travel time still, as congestion starts to ease.

Some bus services have been affected this morning also; with Bus 743 being detoured away from the worst smoke and therefore missed stops on Church St between Captain Springs Rd and O'Rorke Rd.

"Nearest alternatives are stops 8160 and 8163 on Church St, near Captain Springs Rd."

At its height, there were 20 fire trucks - including aerial crews - and more than 100 firefighters involved in containing and extinguishing the fire.

Incident Controller Brad Mosby, of Counties Manukau, said firefighters had done well to control the fire, but there were unknown substances in the building creating a potentially toxic smoke plume. 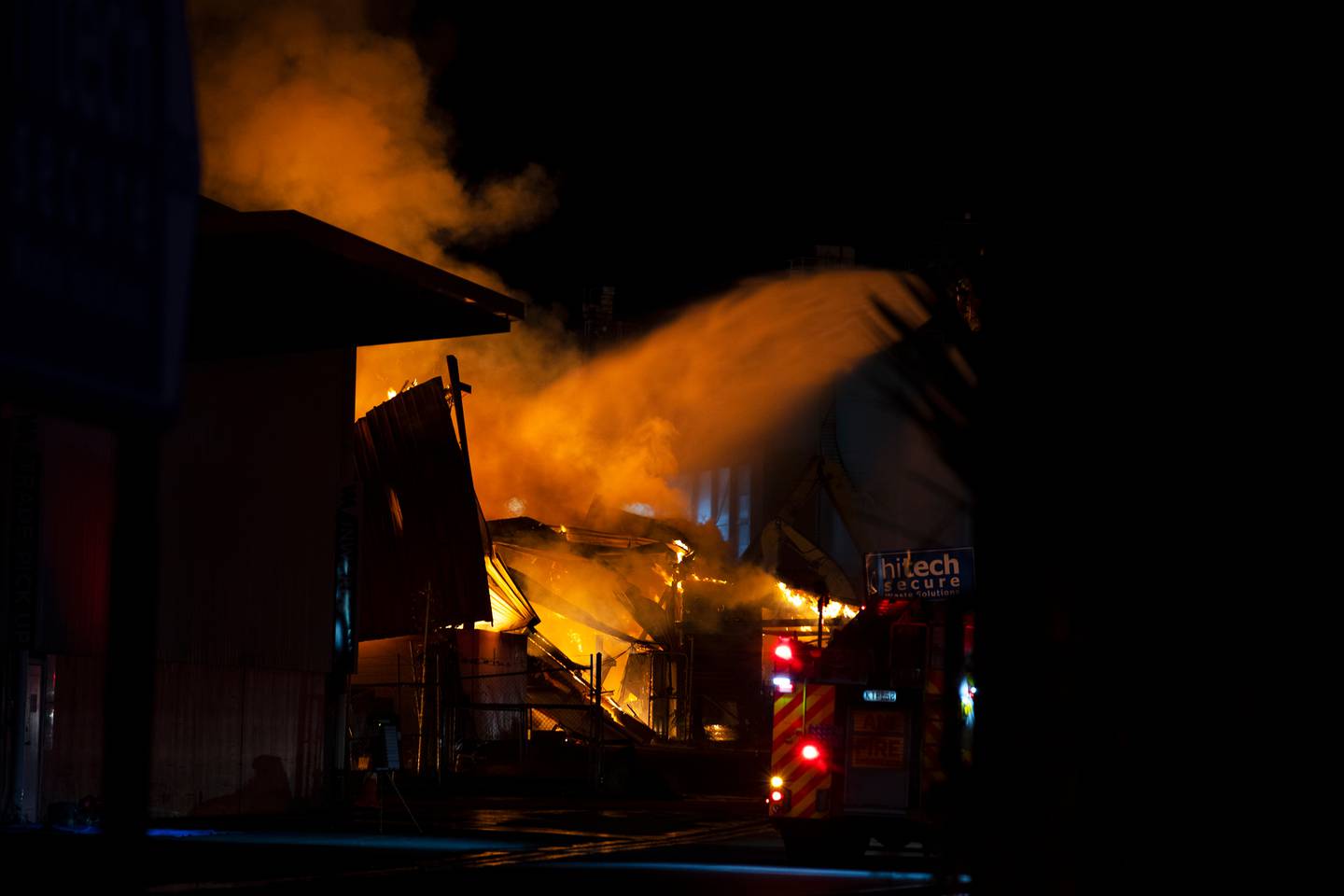 "Our firefighters did a really good job to contain the fire spread in the building.

"To start with, the smoke was going straight up. But the wind is now taking it across Onehunga, Māngere Bridge and Favona - so we're asking residents to keep their windows shut and stay inside if possible this morning.

Fire and emergency said about 7am that the fire was contained.

"The fire has created a potentially toxic smoke plume, which has been carried by the wind over the above suburbs. People are also advised to stay away from the Neilson St area of Penrose.

"The building owner has advised there is no asbestos or other hazardous substances in the building, but people should still take precautions and avoid the smoke plume.

"This was a fourth alarm fire, but has since been scaled back to second alarm." 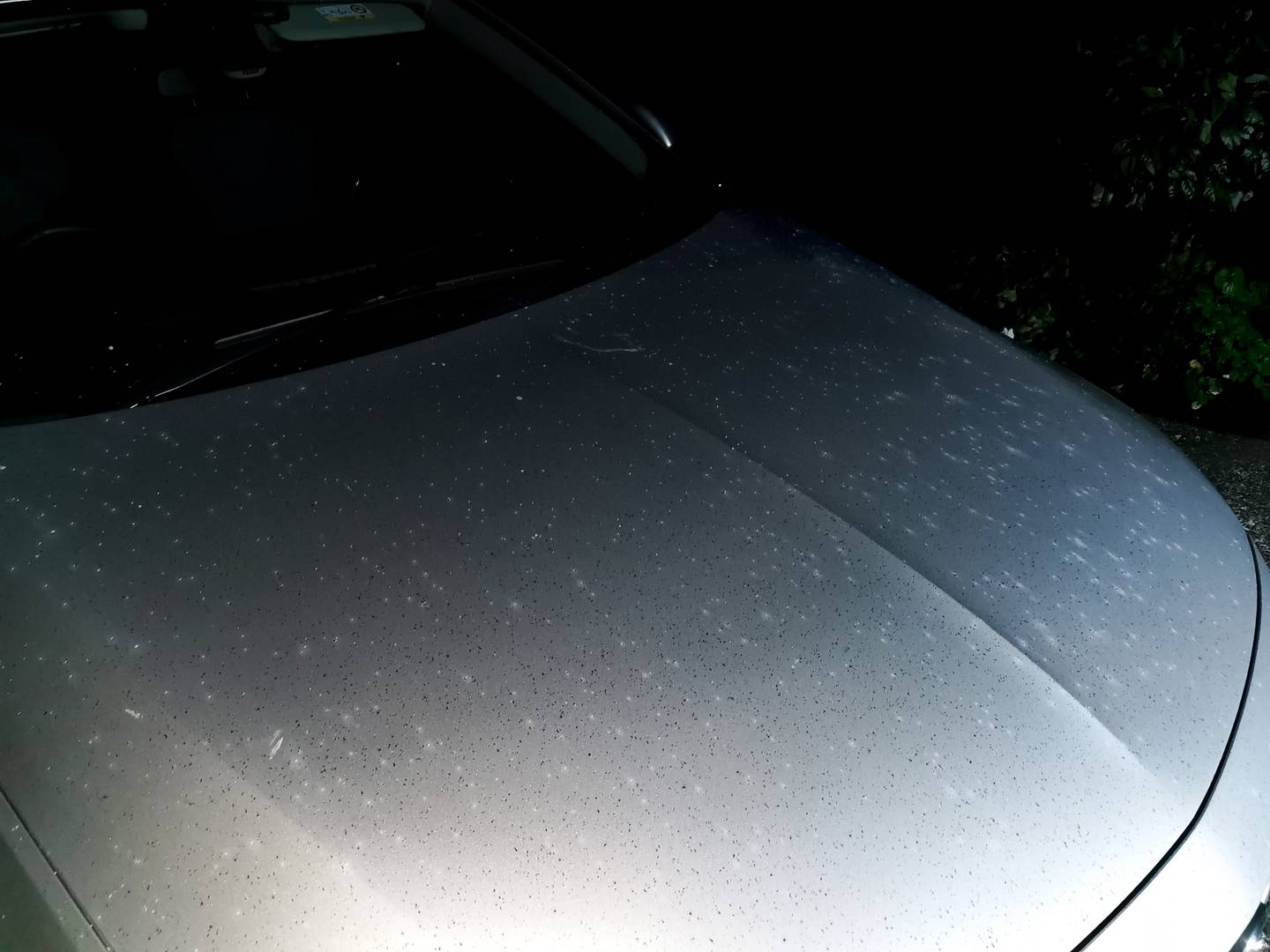 Remnants from the big fire in Penrose early this morning. Photo / Hayden Woodward

"We would also advise people to stay away from the Neilson St area of Penrose."

A member of the public also showed what appeared to be paint or other substance that had rained down onto his vehicle from the fire.

"I'm going to be at the car wash, this morning. Will see if it comes off," he said.

Fire crews remain at the scene.