The father of a French teenager last seen in Auckland almost seven months ago has made a renewed plea for information about his son's whereabouts - on his birthday.

Instead of celebrating with his family, however, he remains missing and has not been seen or heard from since Saturday, March 7, when he was captured on security footage at a train station in New Lynn.

His father, Thierry Rolland, made a heartfelt plea in a unique way to mark his son's birthday.

Writing in the first person, as his son, he posted: "My name is Eloi Jean Rolland. Today, Thursday, [I'm] 19 years old ... but I am a missing person.

"My parents are looking for me. Their heart is with me and hope to find me safe and sound.

"I am appealing for witnesses. If since my disappearance I have been seen or spoken to by anyone, please inform my family or the NZ Police."

With the Covid-19 global pandemic shutting international borders for much of the world, Eloi's parents and family and friends in France have had to rely on the power of social media to raise people's awareness of their son's disappearance.

A dedicated Facebook page has been set up which regularly posts photos of Eloi and posts to keep people updated and reminded of Eloi's case.

On the last day the young man - a student at the international language college, Education First - was seen, his cell phone data placed him about 10.4km away, in Piha, at 9.18am. 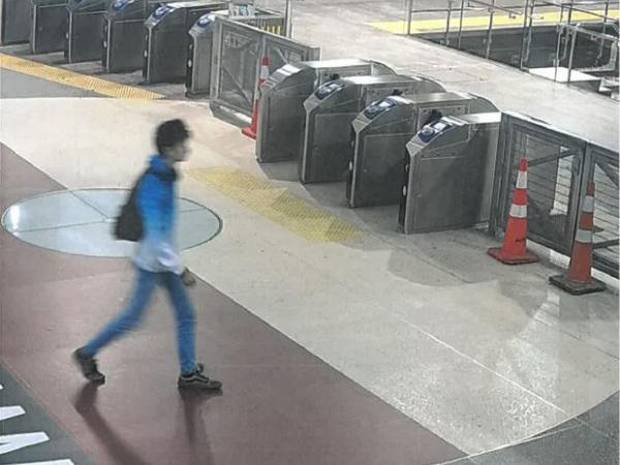 Eloi Jean Rolling was captured on CCTV on the last day anyone saw him. Photo / NZTA

Police have previously said they believe the teen may have walked there.

It would take about 2 hours and 8 minutes to walk from the train station to the corner of Scenic Drive and Piha Rd, via West Coast Rd, according to Google Maps.

Police later confirmed the teenager had been intending to go to Piha Beach.

A police spokesman said today there had been no further updates to the situation in the past few months.

The official physical search for Eloi was suspended in May after what was described to be an "exhaustive" land search of the Waitākere range that involved more than 1600 hours of searching over two months.

"However, unfortunately, nothing connected to Eloi has been located during these searches."

Police said they continued to keep an open mind about Eloi's disappearance, but acknowledged a long time had passed.

"Eventually, if Eloi is not found and all lines of inquiry have been exhausted, the matter will ultimately be referred to the Coroner."