When can New Zealand hope to achieve "peak immunity"? And does it matter that we've had little prior exposure to the virus? Jamie Morton explains.

A race against time

With New Zealand staring down the barrel of an Omicron wave, experts are pondering a critical question: just how protected are we?

We know that Omicron packs the potential to spread far and wide at a pace unmatched by its predecessors, driving a wave that may well peak with tens of thousands of daily cases, and cause hundreds of deaths.

While vaccination rates are high, New Zealand remains locked in a race against time to get out boosters, and to roll out a paediatric vaccine yet to reach 94 per of children.

"With news of another potential MIQ breach today, it's possible that Omicron will start to spread into the community within weeks if not days."

Once that happened, it was likely case numbers would take off quickly, forcing the Government to move the entire country to the red traffic light setting that required mandatory masking, social distancing and limits on gathering sizes. New Zealand is in a race against time to boost as much of the population before Omicron takes root in the community. Photo / Sylvie Whinray

"If hospital numbers start to spike, we may need additional measures to slow the spread."

For hospitals, Prime Minister Jacinda Ardern said New Zealand's plan was focused on a preventative stance: while we couldn't stop Omicron, we could slow it down.

A Government report earlier leaked to Māori Television made clear just how much of a threat that was: ICU beds were limited across district health boards, with just a third available now.

Plank, of Te Pūnaha Matatini, said our game plan against Omicron, involving a graduated plan developed for different stages, was different to those we'd earlier used to suppress the virus.

"With Omicron, it's likely that high numbers of people will become infected," he said.

"This strategy is only viable now because we have achieved high vaccination rates."

While around 93 per cent of eligible Kiwi teens and adults have received both doses, many of us will require boosters over the coming months.

Nearly 865,000 booster doses have been administered since 1.2 million people in that pool became eligible this month, while just over three million people – or 72 per cent – are double-jabbed only. 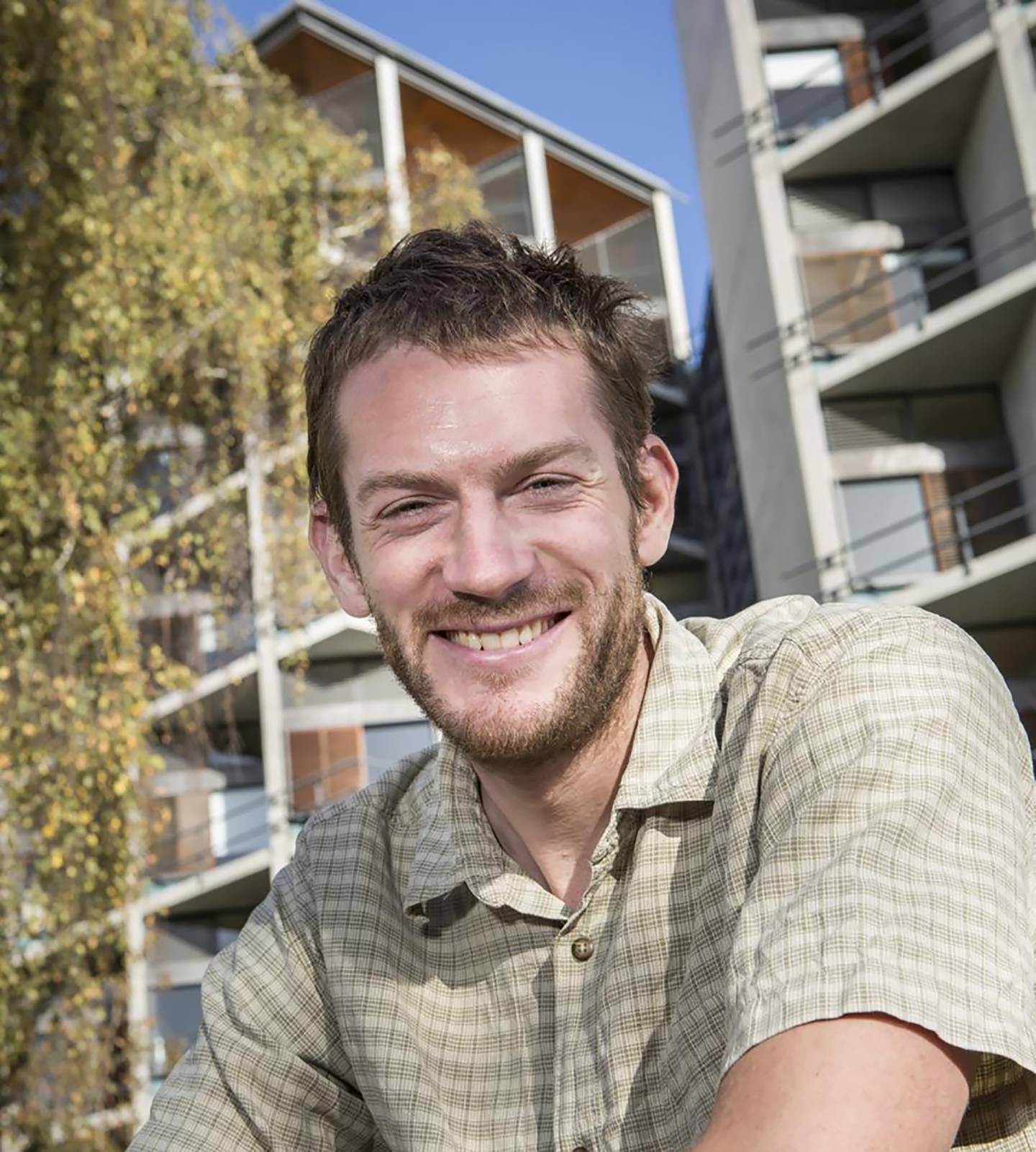 "Evidence shows that, for Omicron, the protection offered by the vaccine does wane over time, but is restored to very high levels by a booster dose," Plank said.

The latest data suggested that two doses of the Pfizer vaccine, if administered many months ago, may offer comparatively poor protection.

This month, the UK Health Security Agency (UKHSA) reported that, after 20 weeks, the vaccine's effectiveness against Omicron symptoms might dwindle to just 10 per cent.

Two to four weeks after the booster dose, however, that protection shot back up to 65 to 70 per cent.

"So, it's essential that everyone gets vaccinated and gets their booster as soon as they are eligible," Plank said.

"Getting boosted could very well be the thing that means you have a mild infection and keeps you out of hospital."

The leaked report singled out another fact: New Zealand hasn't been exposed to widespread community transmission and thus most Kiwis wouldn't "have any protective immunity benefits that may arise from prior infection".

Did that really matter?

When people had been vaccinated, but also infected, they built what's called hybrid immunity. 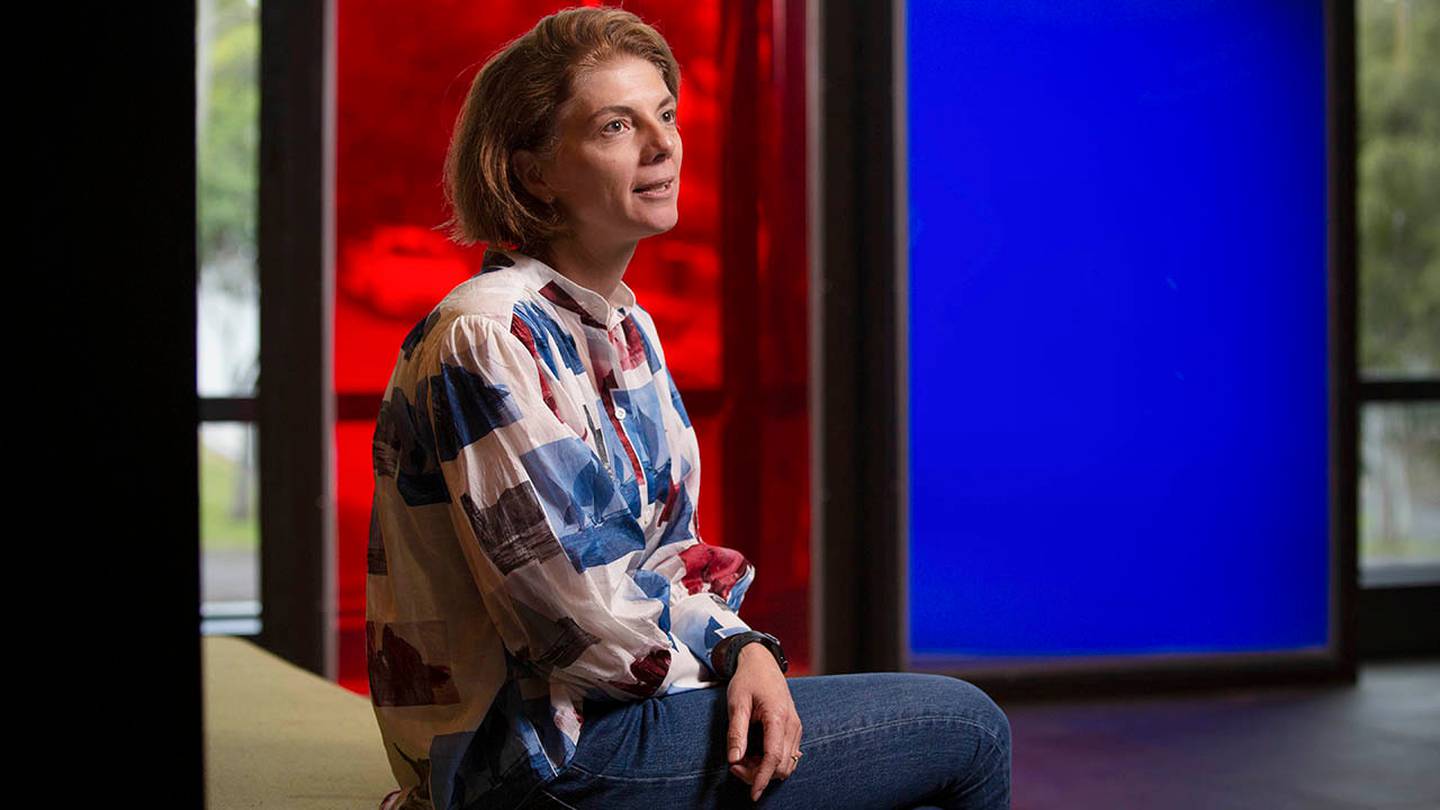 "This hybrid immunity can be very effective as it broadens the antibodies and immune memory generated by vaccination."

One US study, published in the journal Nature last year, found a lab-engineered, highly-mutated coronavirus spike protein was resistant to antibodies made by those who'd either been infected or vaccinated.

Yet it indicated antibodies from those who'd been infected months before getting their jabs could effectively neutralise the virus.

"There are obvious risks with this approach in terms of serious disease, and so getting infected intentionally is definitely not recommended," Moreland said.

"But it does mean New Zealand can't rely on hybrid immunity to help much with Omicron."

On the other hand, there was now good data to show that vaccine boosters did a great job of improving antibodies and immune memory against the variant.

"If New Zealand can use the current window of time to increase boosters, that will really help with dealing with an Omicron wave."

As far as Malaghan Institute medical director and immunologist Professor Graham LeGros was concerned, our lack of exposure to the virus mattered little if we could boost the population.

"The Pfizer vaccine is better [than pre-infection], as it focuses the immune system on the viral components that need to be destroyed and neutralised," he said.

"Natural infections will generate immune responses against other components of the virus that can act like decoys, and waste the immune system's time and energy."

That's also been backed by another US study, concluding that getting the vaccine is still the safest way to prevent Covid-19. Can we hit peak immunity in time?

Experts have told the Herald that New Zealand would be ideally positioned to face the variant once it had rolled out both the booster and child vaccine to hit "peak immunity".

That was different to what we know as herd or population immunity – and something we may never achieve against fast-spreading Omicron and Delta, even with eligible vaccination coverage in the mid-90s.

"Continual development and circulation of new variants could make population immunity very difficult unless a combination of vaccine immunity and infection, or failing that, a new vaccine, do give us broader spectrum and durable immunity," University of Auckland epidemiologist Dr Janine Paynter said.

In simple terms, Moreland said general peak immunity meant as many people as possible had protection from the virus.

"The equation is different for Omicron than it was for Delta, as two vaccine doses are less effective at protecting against omicron infection in adults," she said.

"To reach peak immunity for Omicron, we would need more people boosted and a large proportion of five- to 11-year-olds vaccinated."

But given the vaccination programme in kids only started on Monday - and depending on how that tracked alongside boosters - we were likely a few weeks away from reaching such a threshold, she said.

As Plank warned, Omicron could likely arrive before that.

The leaked report warned that at-risk communities, such as Māori, could be at risk given Omicron could evade more easily evade the vaccine. 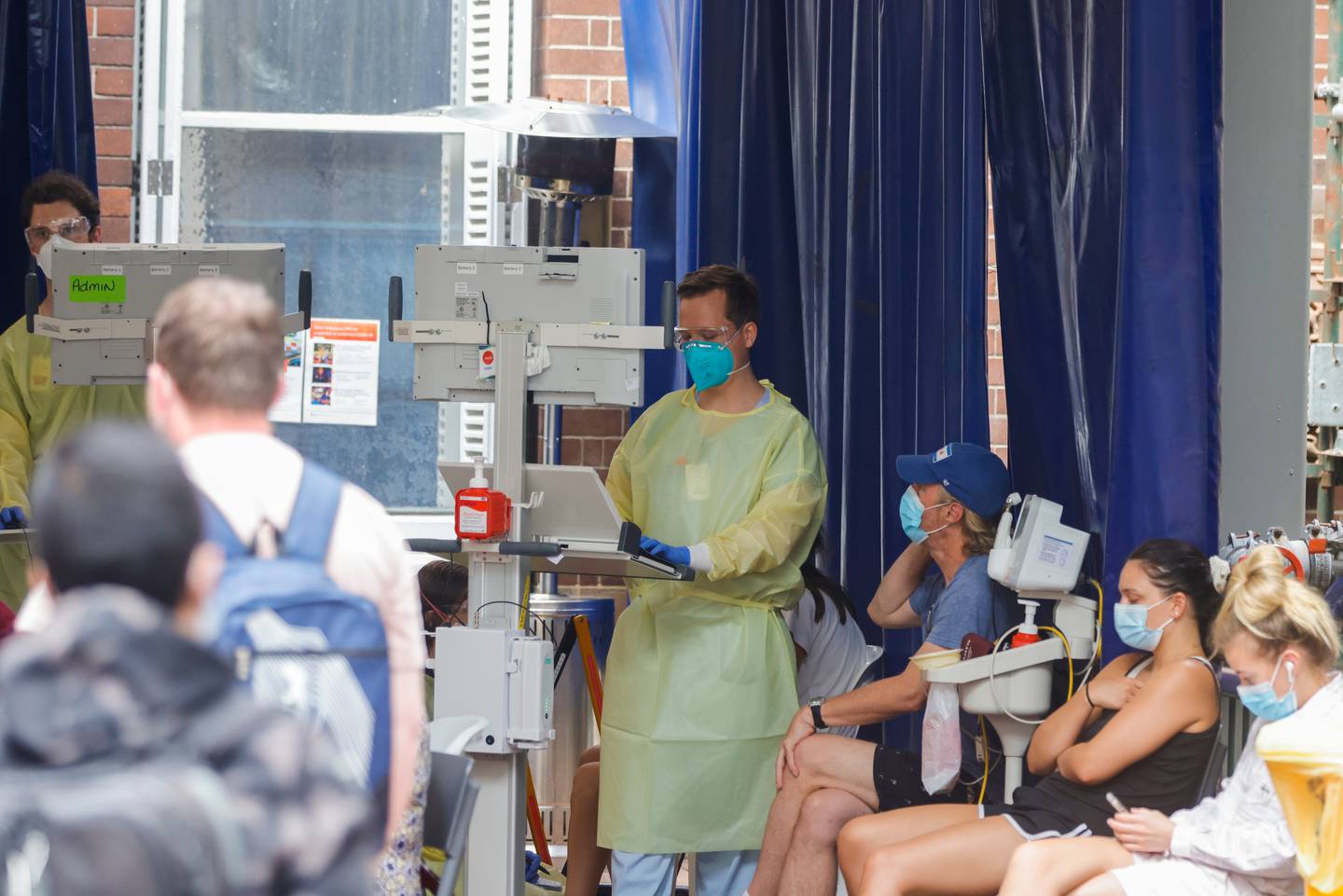 Omicron has driven a major Covid-19 surge in New South Wales – where half of ICU patients have been those unvaccinated. Photo / Jenny Evans, Getty Images

"Although two doses of vaccines have been shown to help against hospitalisation and severe disease, research shows it is less effective at preventing infection, which will likely enable the virus to spread to more vulnerable communities," it said.

While children are much more likely to have fewer or milder symptoms of the virus than adults, that didn't mean some couldn't become severely sick – especially if they suffered pre-existing conditions.

Above all, one group was particularly at risk: the 216,000-odd teens and adults who haven't received a single dose.

Otago University epidemiologist Professor Michael Baker pointed to New South Wales, where the unvaccinated accounted for around half of Omicron patients in local ICUs, despite accounting for just seven per cent of the eligible population.

"So, the unvaccinated in New Zealand are going to get high levels of infection, particularly with Omicron, as it will circulate very widely and we can't achieve herd immunity with Covid-19 from vaccination."

While international studies have indicated individual Omicron infections could be less severe – the UKHSA has put the risk of hospitalisation at one third of Delta's - it was scale that mattered.

Baker said the World Health Organisation's startling warning to Europe that half its population could be infected within coming weeks to offer a picture of the potential scale of an outbreak here.

"As we've seen in other places, we could see a peak of tens of thousands of infections – and if we follow the experience of Australia, we'll potentially have a few hundred deaths," he said.

"So, if you imagine that a third to half of the unvaccinated adults in New Zealand will get the virus, even if the fatality risk is half a per cent, that still adds up to a lot of deaths.

"It's simply a numbers game, and we've just not had a large portion of our population exposed to this virus – vaccinated or unvaccinated."